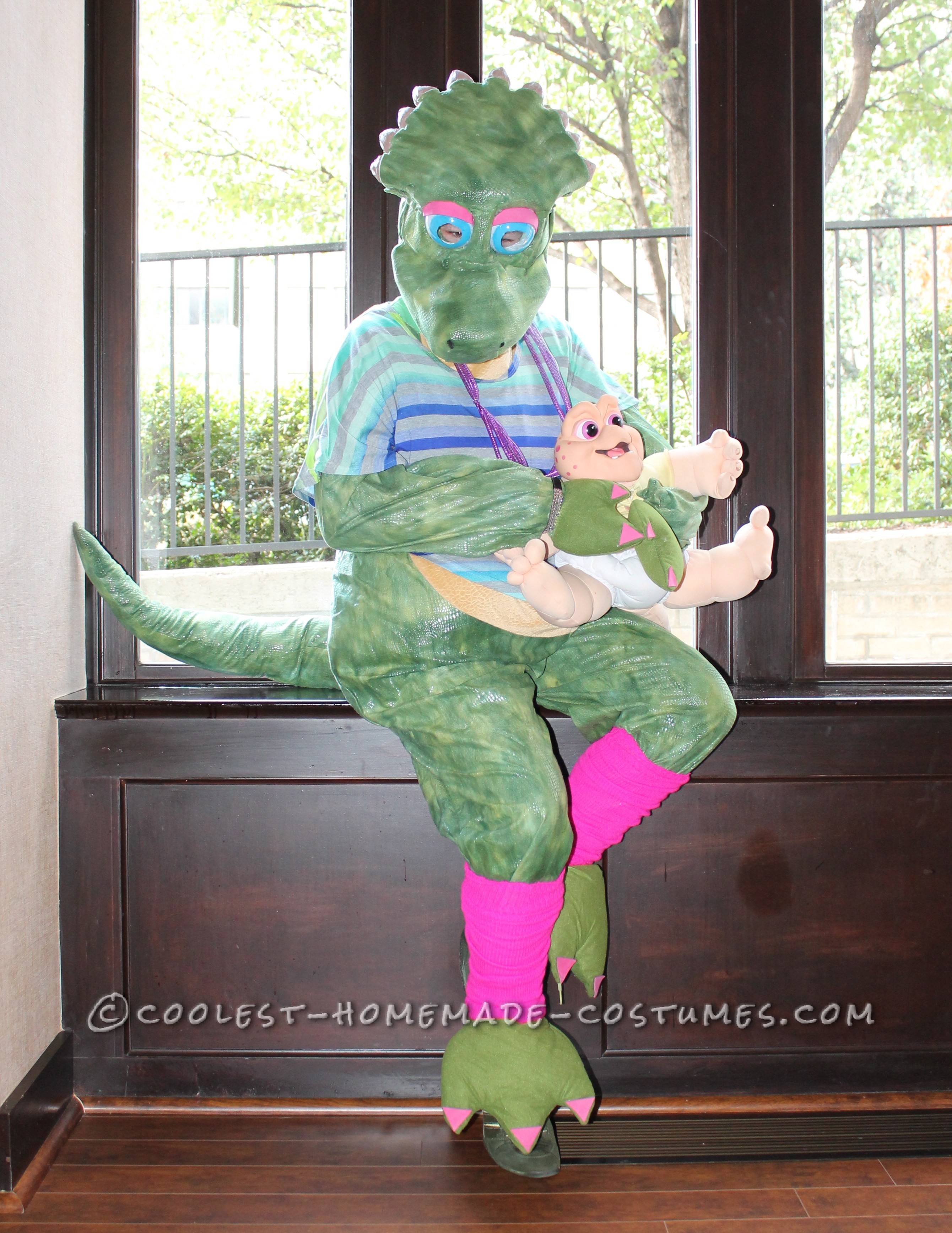 I have been a fan of the TV show Dinosaurs since I was a child. I especially loved Charlene Sinclair (the daughter on the show) because Sally Struthers, who is from my hometown of Portland, Oregon, voiced her. So this year I went about trying to make a Charlene Sinclair costume that fully captured her 90s style.

First, I needed a dinosaur body. I searched high and low for a dinosaur costume that might work for this, but it wasn’t an easy task. Charlene is designed to be a generic-looking dinosaur and while she has some features that resemble a Protoceratops, she is unique. After a lot of googling, I was able to find a dinosaur costume that fit an adult. It was a triceratops, but I figured I could make it with some significant improvements.

I knew I was going to need to make a mask that looked Charlene. So I cut the head and neck off the body of the dinosaur costume to repurpose. Then I used 1/2 inch Styrofoam to craft a mask. I formed a base that fit around my head and then formed a mouth out of several pieces of Styrofoam hot glued together. To make her distinctive ridge on her head I used a series of noisemakers (the ones from children’s birthday parties) and cut them down.

Then I filled between the ridges with cotton balls that I soaked in latex to build up the areas. I also cut Styrofoam to be the points of each of the ridges and painted them with brown latex to make them stronger and look more realistic. For the skin, I used the fabric from the triceratops head. It was tedious to cut all of these pieces apart, but worth it because it ensured that the mask would match the body. I hot glued the skin to the entire structure.

For the eyes, I used plastic Christmas ornaments, which I, to have Charlene’s distinctive blue eye color, then super glued into place. The middle of the ornaments I left blank. This would enable me to see out of the eyes, but would also be dark once I was wearing the costume and look realistic. I used pink craft foam to create eyeliner. To ensure that seams were not seen, I used some acrylic paint that I blended to cover any areas where glue or foam was visible. I also used a small amount of black paint on the nostrils.

For the hands and feet, I cut the same pink craft foam as the eyeliner to create nails. To ensure that the body was both secure and had a feminine shape, I cinched a belt around my waist. Then I used bright pink leg warmers, a stripped 90s style shirt, a pink bracelet and a purple necklace to pull the look together. To complete the look, I added a Baby Sinclair doll.

The costume was a hit! I won first place at the Costume Contest at my local bar. Numerous people yelled “Not the Mama” or quoted the show at me. One guy even thanked me for “Dressing up as his childhood.” Overall, I think it was a success. 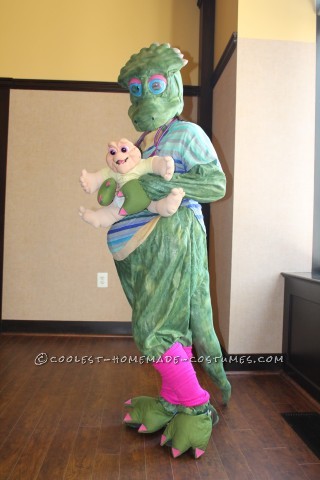 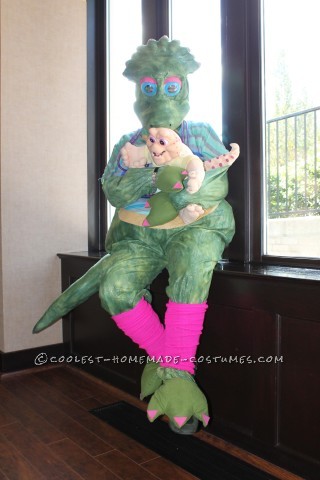 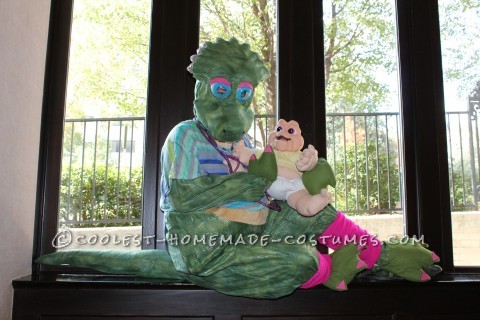