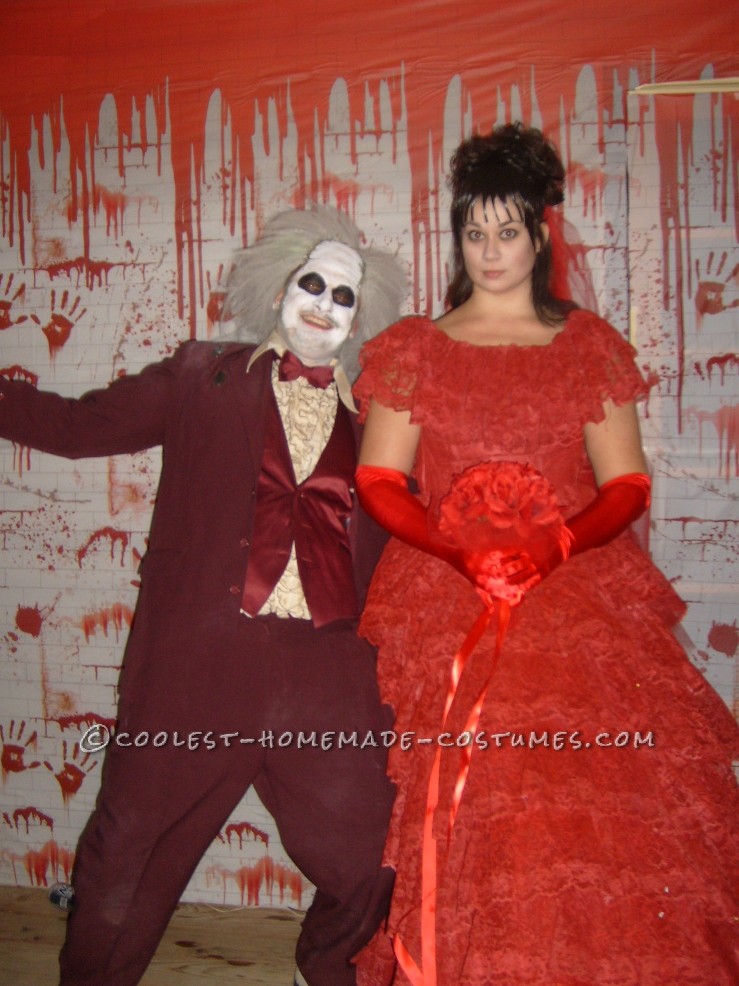 My husband and I tend to pick a costume from a movie.  Last year we did Mickey and Mallory Knox from Natural Born Killers and the year before we were Venkman and Zuul from Ghostbusters.  We knew we wanted to do characters from Beetlejuice this year, just wasn’t sure who.  We went with the classic wedding scene at the end of the movie.  My husband and I are both very tall people and had issues finding the right things in the right size.  Luckily we have eBay and craigslist.

For the Beetlejuice costume we found a tall maroon suit, white shoes, maroon vest and tie, and Beetlejuice wig off of eBay.  I had to make some alterations because the suit seems to fit much too well and Beetlejuice was practically popping out of it!  I had a white tuxedo shirt from another costume that I stained with coffee and tea.  We also added the little touches such as, the red ring he wears on his pointer finger, the finger with wedding ring in his pocket, and when he went to grab for the ring, a snake and bugs fell out of his pocket.  I also glued a couple of roaches to safety pins and pinned a couple on the suit jacket.  We showered him in baby powder as well to give him that “dusty, dead” look.  The makeup was a little harder than it looks and I still probably could have added more green and moss to his forehead around his hairline.  I did use spirit gum and floral moss on top of the green makeup.

For the Lydia costume I found a vintage wedding dress off of craigslist, the gloves and hair pieces came from eBay.   The dress was such a PAIN.  This style dress you can find, but they are always TEENY TINY, so I had to make mine bigger.  I left the back unzipped and added tshirt material so it would be stretchy and fit right.  It worked.  I made a size 8 dress fit… well a bigger size,  and no one could tell because of the veil.  I had to cut the sleeves and the train off.  The extra material I cut off the train, I used to make a ruffle around the neckline.  I went against everything know about synthetic materials and dye, and tried to dye the dress red.  That was a waste of time.

The dress looked like it was dipped in Pepto Bismol!  I ended up spray painting each layer instead.  WHICH took me 16 cans of cheapo spray paint. Since I made these costumes very early, the dress had enough time to air out and didn’t really reek of paint either. Another big thing, in my opinion, is the hoop skirt. Lydia clearly had a large hoop under her dress and I made sure I had the same. It was a little difficult to move around, but I think the effect made it worth it.  I made the veil out of tulle and a little hair comb, and put the extra tulle and thick red ribbon around my red flowers that you can find anywhere. I don’t have bangs, so I bought a bang hairpiece off of eBay and used hair gel and clear tacky glue to make Lydia’s spikey bangs.  I also needed a ton of hair on top of my head, so I bought a hair scrunchie too to make my ponytail thicker.  I used black hairspray to darken my hair a little bit and wa-la.

We won a costume contest, and had a ton of fun with this one.  I may be tempted to do it again next year!  All night we were in character and I even printed out the Betelgeuse business cards that my husband handed out, people loved it! 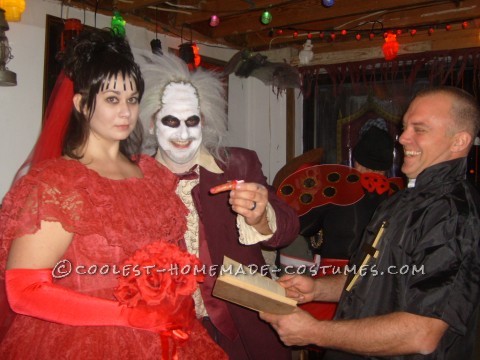 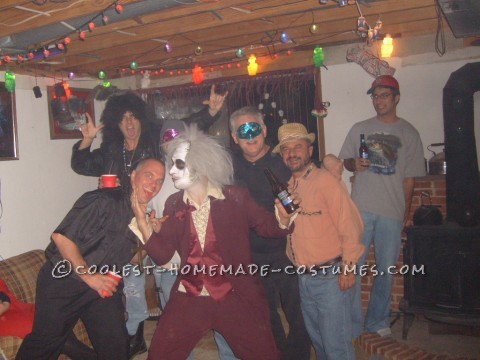 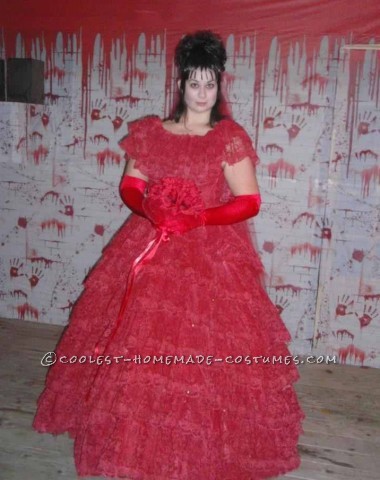 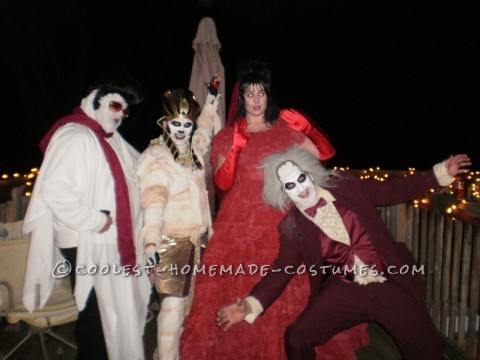 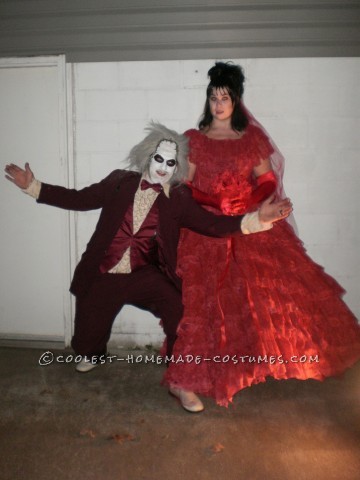