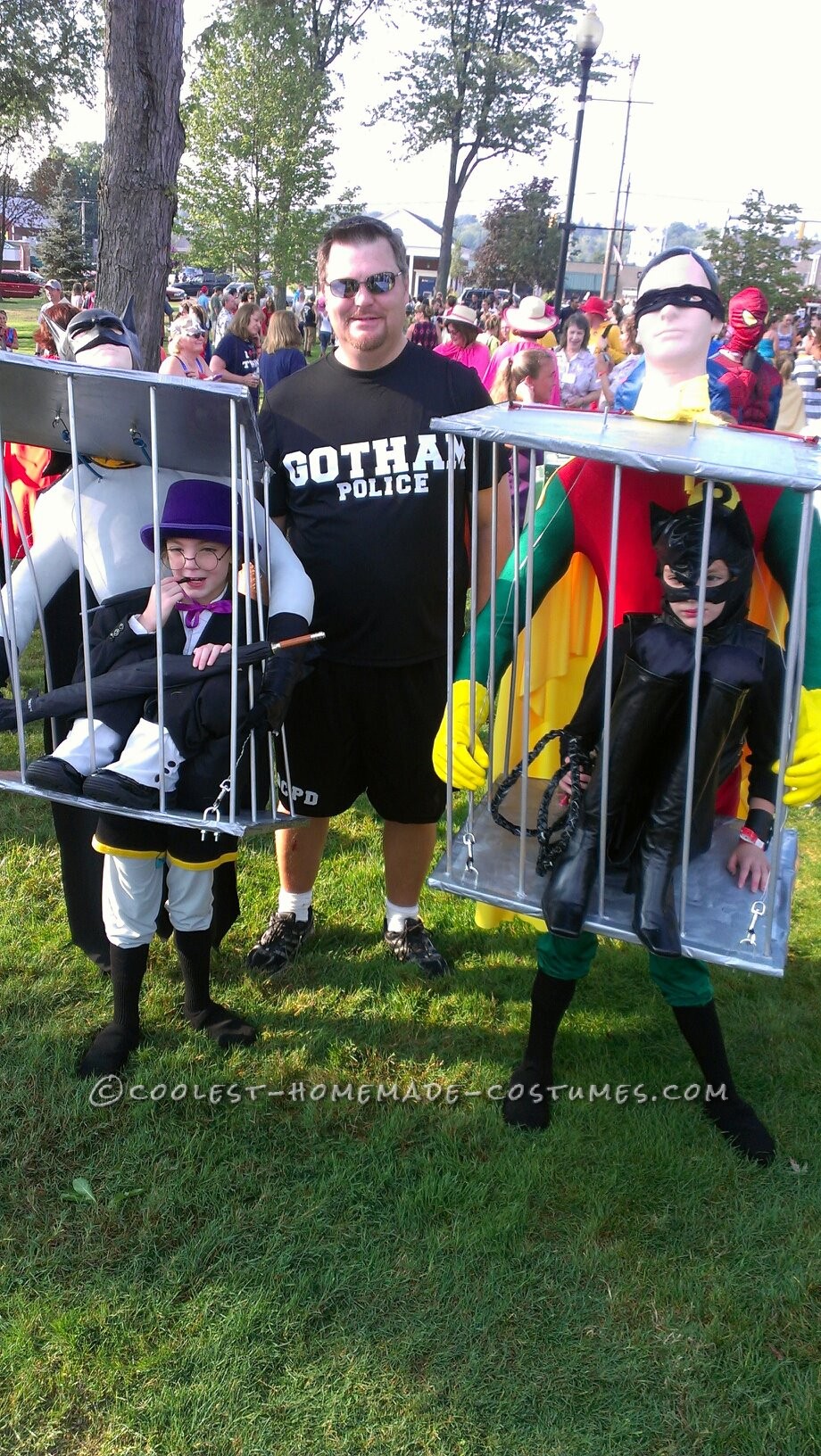 The birth of this idea of these Batman and Robin Optical Illusion costumes came after hearing my 7 yr old twins arguing for two days about whether or not they were going to dress as heroes or villains. One wanted to go as Batman and Robin. The other Penguin and Cat woman. Picking one hero and one villain was out of the question so I decided to try to come up with an optical illusion costume for each one.

These costumes have 3 main components. The heroes costume, the villains costume and the cage. These costumes were about 2 months worth of trial and error.  My biggest challenge was trying to come up with a contraption that was light enough for 55 lb kids to carry without being uncomfortable. Because I had such difficulty and had to completely start over a number of times I am not including specific step by step instructions. I would hate to steer anyone in the wrong direction. These were not cheap to make, especially after having to restart a number of times. I will however describe how I went about it.

First I made an adult size costume and cut horizontal slits in the legs for my daughters to step into. The torso of the fake hero is comprised of a backpack that the girls then wear. This is the Hero portion. They are then dressed waist up as the villain. Tops are split in the back so they can just slip on from the front.

The cage which I made out of foam and dowels then attaches at the heroes chest as well as around my daughters waist. The villain legs are fake and glued to the cage itself.

That’s it.  If only it was that simple to put together….sigh.

The months of labor was well worth it when they walked in the parade. We had so many photos taken and the crowd just roared when we walked past. Many thought that there was 2 people involved somehow. As a last minute idea I made my husband and myself Gotham city police shirts and shorts using iron on letters.  This way we kind of fit the theme when walking along our daughters. 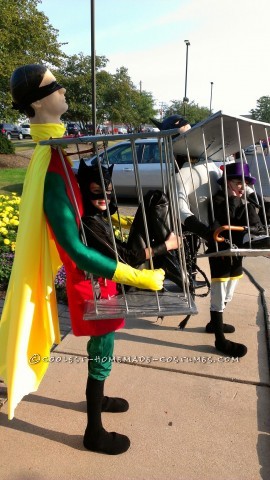