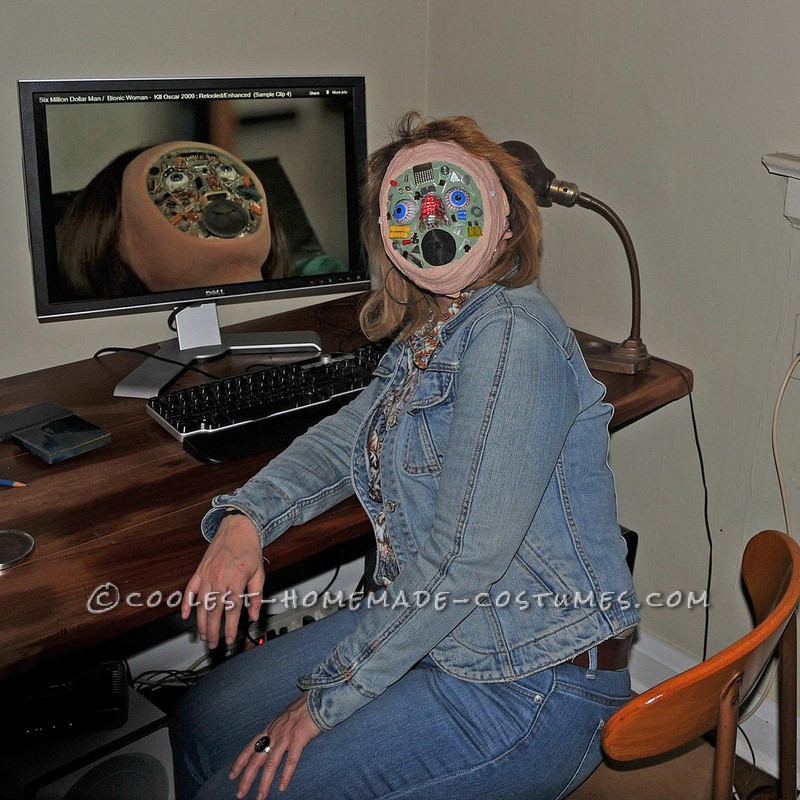 The goal was to be a scary Fembot from Bionic Woman/Six Million Dollar Man. The mask is from a dollar store, I painted it green, added eyes with white duct tape, cut holes in the nose so I could breathe easier then added plaster and painted that in a flesh tone. I glued gadgets and gizmos until I was satisfied that it looked Fembotty enough.

I decided to use a narrow elastic band that’s usually sewed into fabric because the mask was somewhat heavy and a regular elastic band wouldn’t be enough support. I poked holes in either side, pulled the band through then knotted them. I dressed to look like I was from the seventies. I swear trying to do a Farrah Fawcett feathered hair flip was almost as hard as making the mask.

The reactions I got was everything from “that is freaking me out- please take it off” to “that’s adorable”. In hindsight, I would have tried to improve visibility but it was functional unless someone blocked my view by standing in front of me. 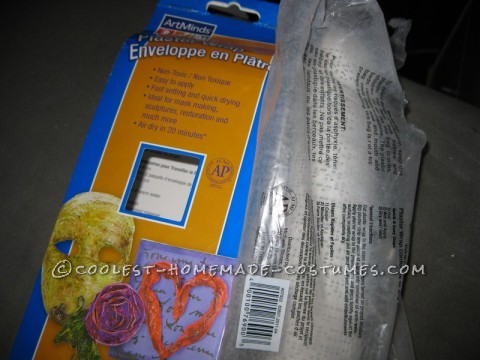 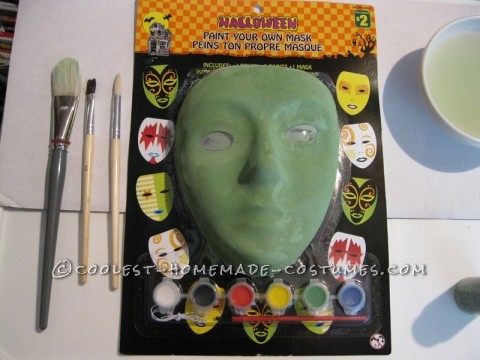 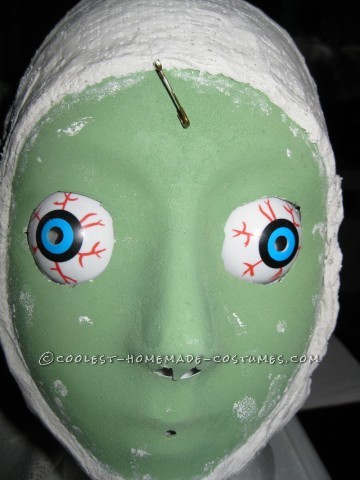 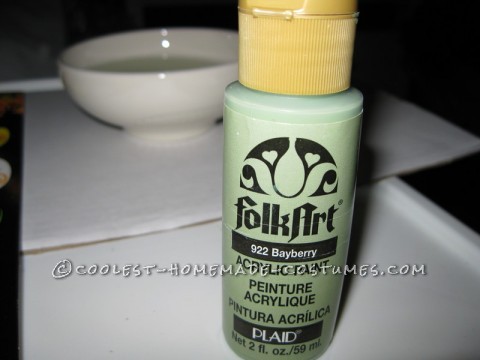 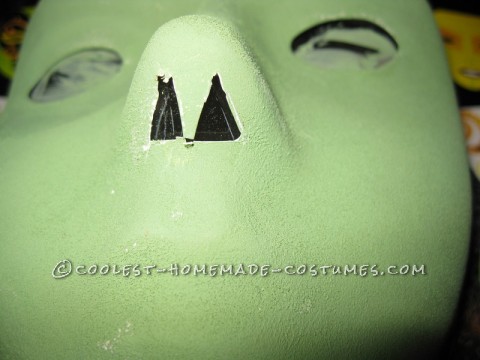 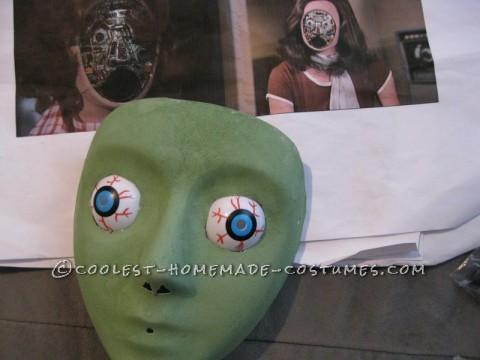 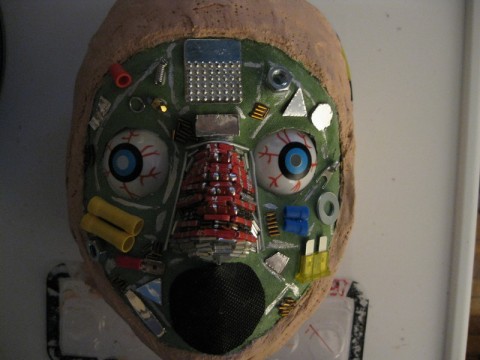 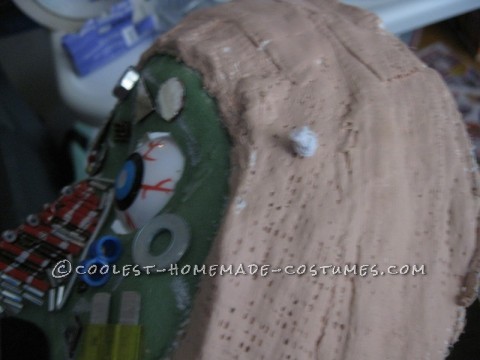 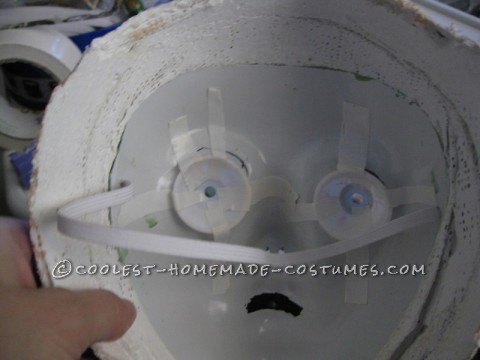