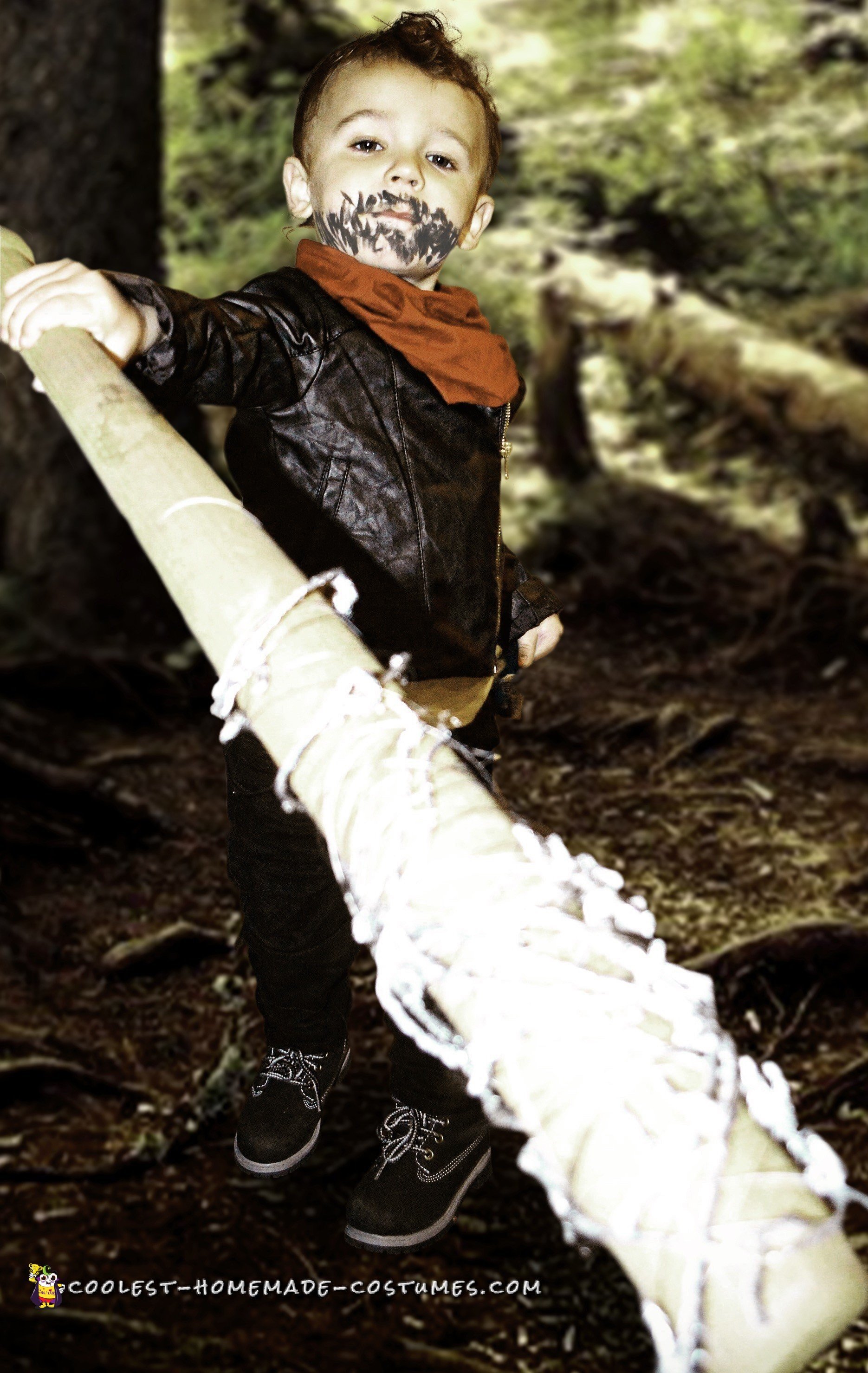 We are huge fans of TWD and I am unconventional when it comes to kids costumes, but in saying that I also don’t like costumes that depict things that take things too far as well.
We had seen the final episode of season 6 and we were really excited about season 7 which had not started, but I had decided my 2 year old would be Negan.

I got black jeans and black timberland boots and he had a white undershirt on.

The leather jacket was not the one I actually wanted, but I wanted it to be fitted so I finally found a fitted one at H&M in the girls department.
I got red material at a fabric store for a scarf. I used a waterproof gray and black eyeliner for his beard. The hardest and most complicated part was the bat. I ordered a foam bat online. It was a

The hardest and most complicated part was the bat. I ordered a foam bat online. It was a full-size bat. It had some words printed on it so I spray painted over them. I then took brown twine (lots of it) and wood glue, and soaked it by hand in wood glue. I then let it dry straight hanging. I did mine in the garage and left them over night.

I came back the next day and every inch or inch and half, I tied a small piece of twine. I did this down the entire bat then wood glued the entire thing again and let it dry overnight.

I then cut the ends of the small pieces and they were like the pieces of barbed wire. I did not want my barb wire perfectly nice and silver even though I sprayed it a metallic silver. I muddled it with brown and black and came back with flat gray. I then let all of it dry I Mod Podged everything. I then wrapped it on the foam bat with some jewelry wire. I did not do any blood because after we saw the first episode of season 7 we were a little shocked and didn’t want a 2 year old looking like a complete psychopath. :)