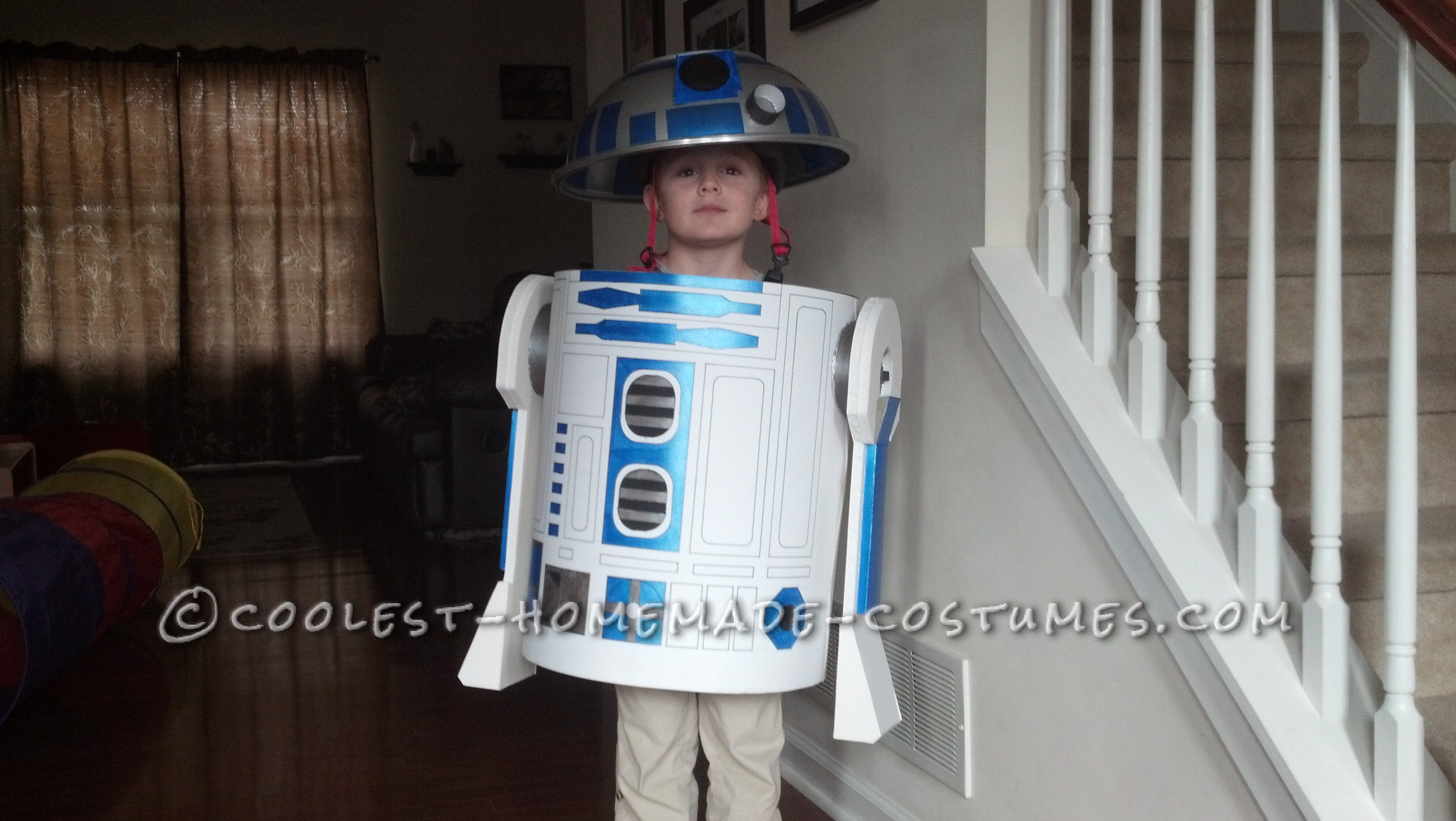 “What do we want to be for halloween?” My wife asked as she was browsing pintrest.  A click here and a click there and a image of a “R2-tu-tut” costume lead us to the family starwars costumes. It was decided that we would go as, Anakin and Padame Skywalker with our children Luke and Leia.

With one slight hang up. Our son wanted to be R2-D2. Trying to argue the case for the family “theme” was lost on our 5 year old. He was set on R2-D2, and no matter how cool I made the Luke costume sound being the droid was what he wanted.

So it was then that I had to begin planning on how to make a wearable R2-D2. We had decided to keep this build cheap since it was a one time costume for a 5 year old boy. We cut some heavy duty card board into rings and spaced them with some card board beams to create the frame for R2. Then I marked out and painted the details for the body on two pieces of poster board. The poster board was then glued onto the frame to complete R2-D2’s body.

Goodwill suppied a clear water bowl for a dog that ended up as the dome. I masked off the parts of the dome that were to stay blue and then shot the inside of the bowl with silver spray paint. Once that was dried, the masking was removed and the blue metallic paint used on the body was applied to the dome. The “eye” was cut from the bottom of one of those microwave brownie bowls, and built out with some card stock.

The legs were constructed out of 1/2″ foam core, with the details and feet made out of more card stock. The were attached to the body with cut-off from a oatmeal contained that were painted silver, and then all hot glued into place.

We added some nylon straps to the top ring of the frame so that it would sit the body at our sons shoulder level. To the underside of the dome we glue a used bicycle helmet. This arangement allow him to see un obstructed from the costume, and if he felt so inclined, he could lift the body up to the base of the dome to bring R2-D2 together.

The family costume was a hit at the town halloween party, but R2-D2 was the star. Our son won 1st place in the 2-5 costume contest, and the family won 1st place for best group. 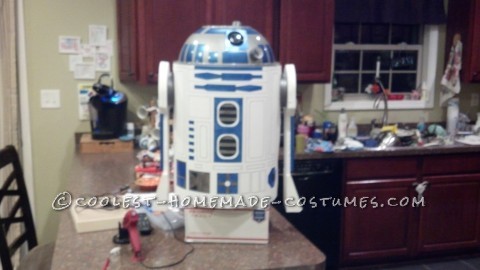 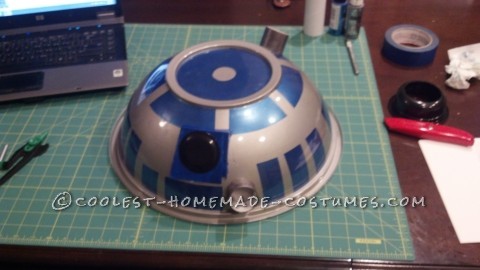 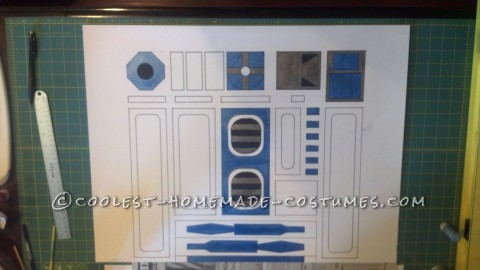 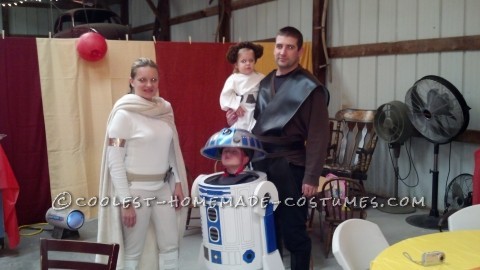