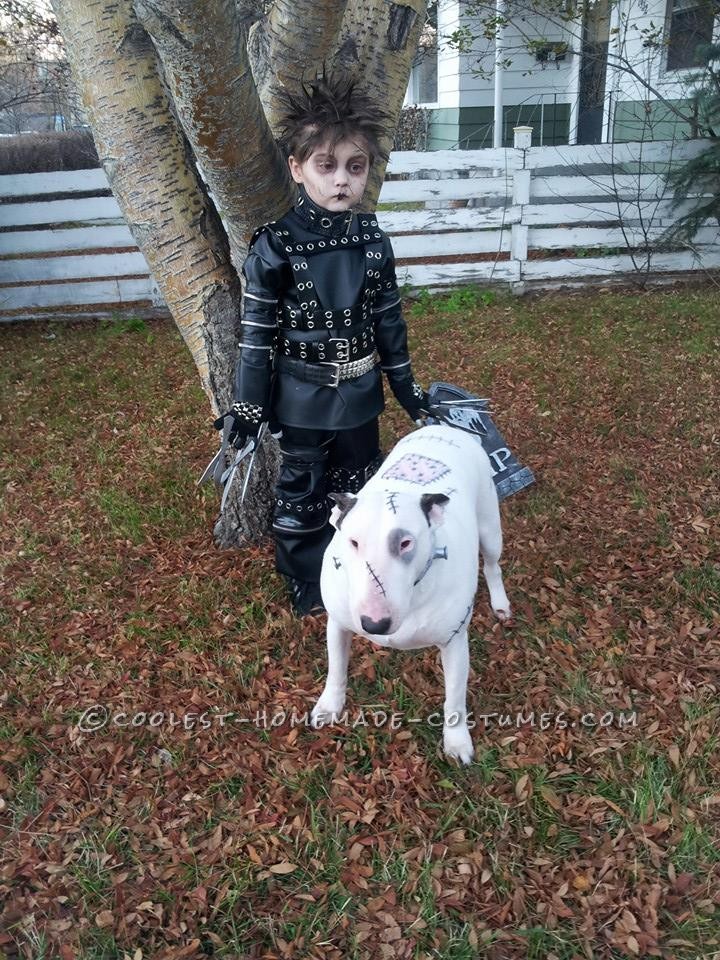 My 5 year old decided last year (when he was 4) that he wanted to be Edward Scissorhands for Halloween. I consider myself pretty crafty and thought “Awesome, I have a whole year to get this ready”….or NOT! This year brought on many stresses and at the end of August, when I would have been really getting started on the costume, we were informed by our landlord that we had mere weeks to move out of the house. So we have spent September/October moving and I did not start this costume until Devil’s night..I spent 36 hours working feverishly so my boy could be his favorite character (Last year he was Barnabus Collins). I finished his costume 1 hour before trick or treating commenced, then spent 30 minutes getting the dog ready as a last second idea. We had THE BEST Halloween last night, we are new to the neighborhood and were welcomed with open arms because of my son. EVERYONE stopped us to take photos and every other house told us he had the best costume of the night. My 5 year old, being quite the actor, played up the role for everyone. We had the biggest smiles on our faces all night. Halloween has always been my favorite night of the year, now even thought I’m old, I can keep the tradition of awesome costumes going with my son. Next year we are planning to do the entire family in a Tim Burton themed night!!