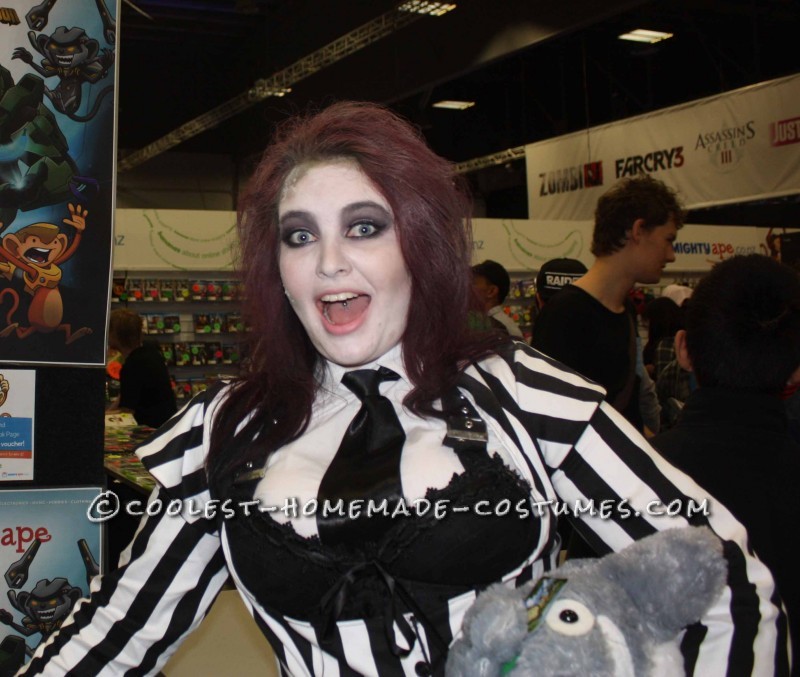 Halloween was rolling round again and I was struggling to come up with an idea for my homemade Halloween costume this year. I had already done the standard costumes like vampire, dead nurse, corpse bride and last year I was a Steam punk pirate captain (which I will also make a lens about as she won a few costume contests). Then one day I was watching Beetlejuice and I came up with the idea of making his costume for my boyfriend, he wasn’t keen…so hey, what would Beetlejuce’s mistress dress like?

I used the simplicity pattern 2172 for the coat and changed the back so I could show the bustle coming through the back, I also didn’t like the back of the coat being tied up with ribbon so I changed it to have buckles instead. I used an old pattern of my mum’s for the skirt and edited an old corset I already had for the top.

For the hair/makeup:
For the hair I just teased it up and sprayed with hairspray to set it then sprayed all over with dry shampoo to give it the powdered/grey and dead look. For the makeup I used manic panic white foundation and their white powder to set the base. Then I used liquid latex and tissue to create the dead skin. I went over all the tissue with a few different shades of green eyeshadow. Then I did a crazy smokey eye and thew on some false eyelashes and lipstick to complete the look.

It went down a hit at the 2 places I wore it. 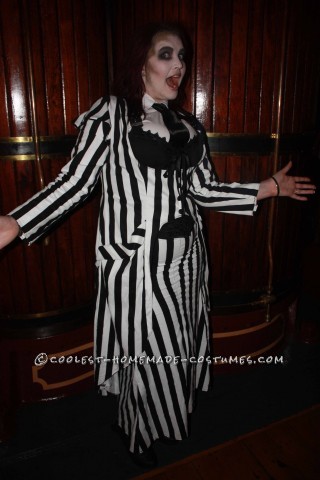 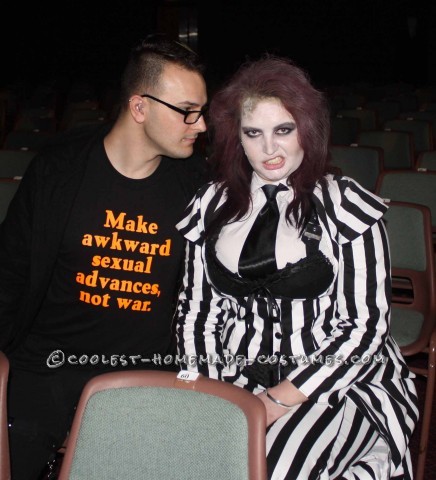