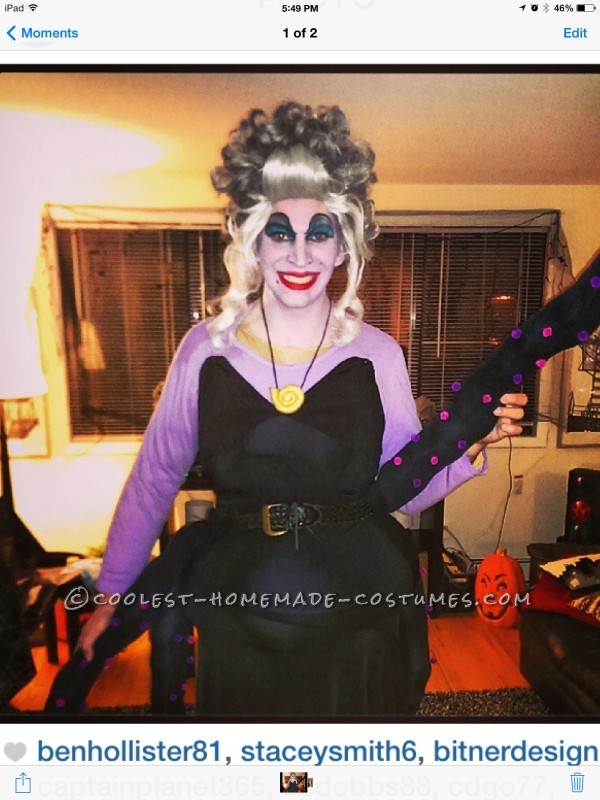 Ursula has always been my favorite villain from Disney. This year I had a struggle to come up with a costume, but knew I had to transform myself  in to infamous sea witch when I got an invitation to a haunted Disney ball.

So I had the idea of becoming Ursula, but how? I began by looking at  hundreds of photos online. I knew what I needed to do, but struggled with the how. I must say that it took a village to create Ursula. I began talking to many of my super creative friends to find ways to do it, along with using this website for ideas.

The costume began with a female fat suit that I had bought a number of years ago for another costume. I then found a purple shirt and black dress from a local thrift store. For the tentacles, I used black opaque nylons. Since Ursula has six tentacles, I used three pairs of nylons. I then used pillow stuffing and  unwrapped a wire coat hanger that I had run the length of each tentacle. This allowed me to bend them into various positions. I then found a cheap black belt at a thrift store. To connect the tentacles to the belt, I used black zip ties and stretched the nylons to various positions around the belt.

The hair is a wig I purchased online and styled to look similar to Ursula’s. For the makeup I wanted it to be as real to the movie as I could. I used many Ben Nye make up products which have vivid pigments. I used purple foundation, turquoise shadow, purple shadow to contour the face, and black and silver for above the eye lid.

At the party the costume was a hit! Everyone wanted photos with the sea witch. Some people were impressed but unsure how to exactly react to a 6’4 large sea witch! Walking down the street to the party I turned many heads and had a few photo ops. Overall, I have to say it was a success! 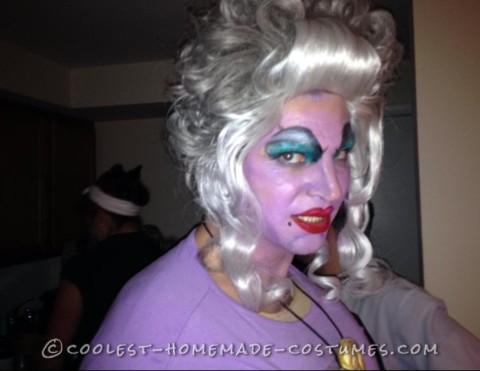 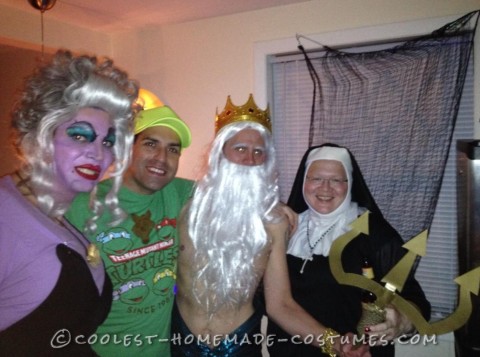 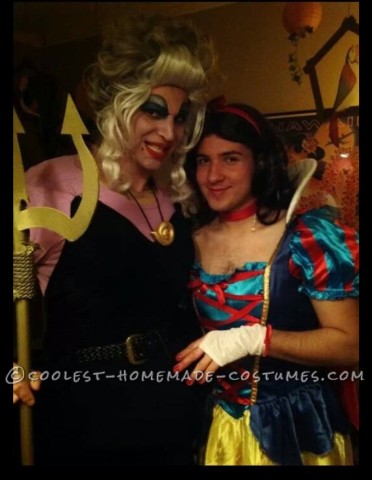