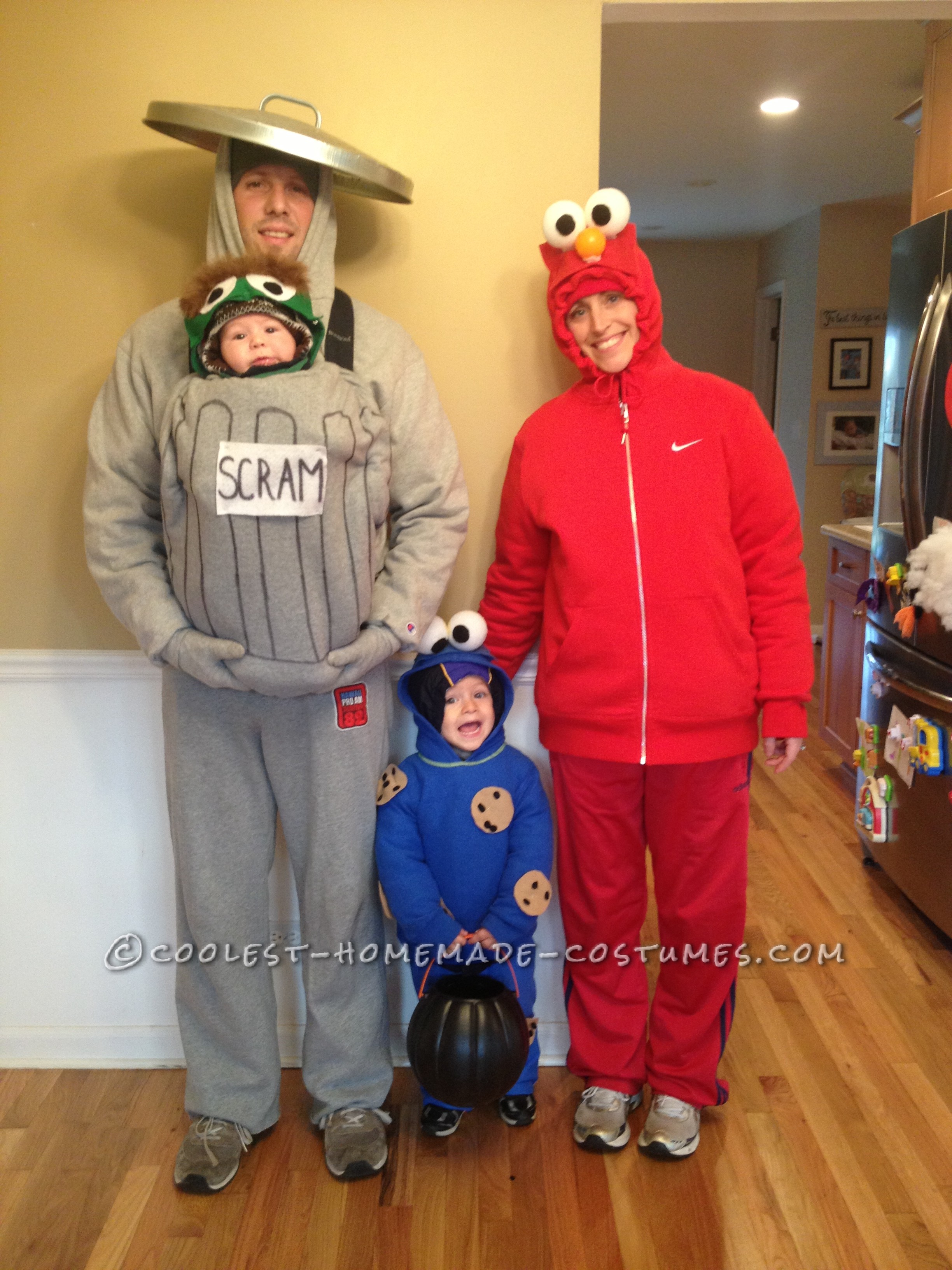 My 2 year old son is obsessed with Cookie Monster (and cookies in general) and insisted on being him for Halloween.  This meant that I had to plan our costumes around this theme and make sure they were warm as it is always freezing here on Halloween!

Elmo and Cookie Monster were very simple.  We already had the red and blue clothes, so I simply bought Styrofoam balls and black felt for the eyes and used Velcro to attach them to the red and blue felt.  Cookies were felt as well.  (And bonus – my son glued the cookies together himself and loved helping make his costume!)  I wanted to make sure the baby was super warm, so I thought making him Oscar the Grouch in a nice warm trash can would be perfect!  My husband (the trash can) is also just in his gray clothes with a trash can lid attached to the hood with giant safety pins.  My son has a Sesame Street theme room (big surprise), and his hamper is Oscar’s trash can, so we just happened to have that lid on hand.  Oscar the Grouch is just in a green hoodie with felt eyes and craft fur eyebrows.  They needed to be trimmed a bit.  Then I just bought a warm gray fleece blanket, drew trash can lines on it, and added the felt “scram” sign.  This is just tucked into the Bjorn and pinned into place.  Piece of cake and super warm for everyone! :)  Once our costumes were made, we went to the zoo for a costume parade. As we were walking in to the zoo, so many people stopped us to take pictures that we actually missed the parade!! It was still a fun day at the zoo though :).  It was actually pretty warm that day so we were sweltering in our costumes!  But as expected, it was freezing on Halloween so we were happy to be able to bundle up under our costumes for trick-or-treating :). 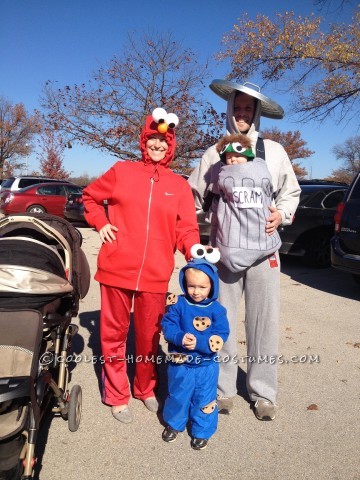 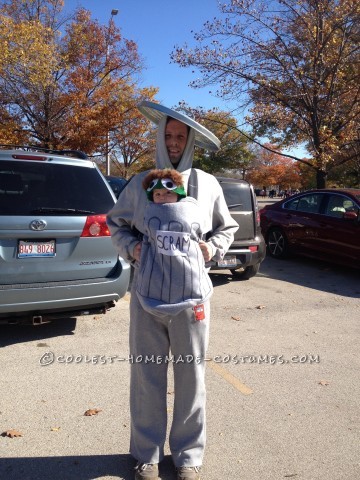 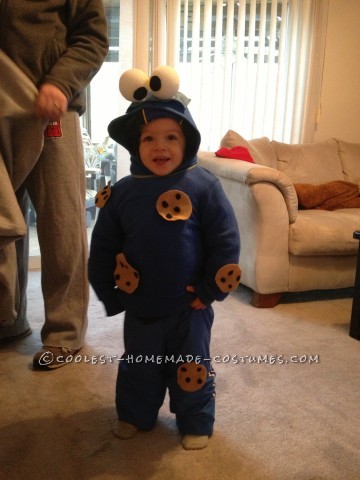