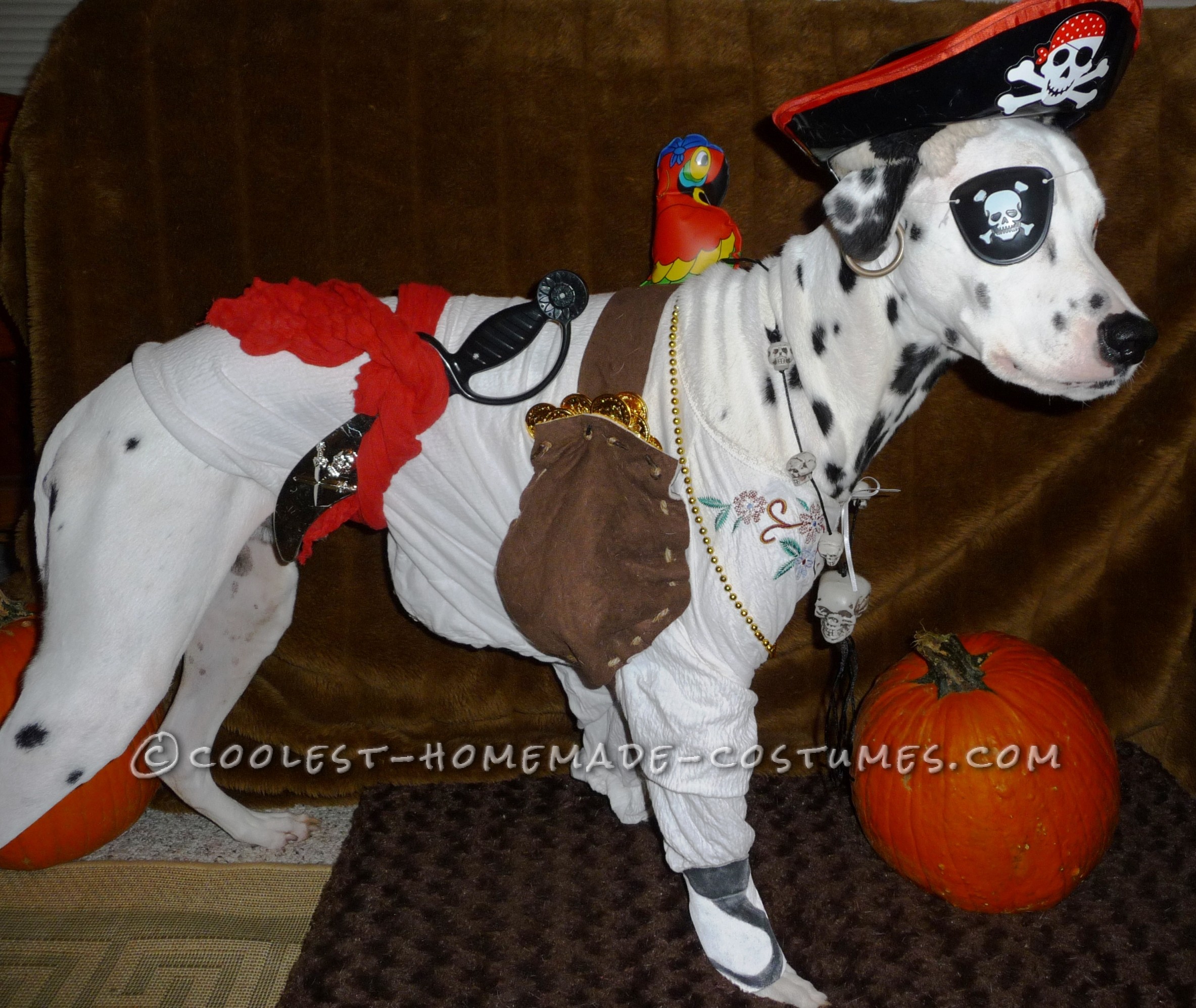 This dog costume was really pretty cheap and easy to put together.  I bought a pirate set for kids from the Dollar Store for $1.  It had the sword, hat, gold earring, eye patch and fake gold coins.  I also bought the blow up parrot and the skeleton necklace from the Dollar Store.  The shirt was from a goodwill store, and the red sash was just a scrap piece of material.

The money bag, brown sash, and the “hook” were made from a foam-like piece of material.  This was better since it had a little shape to it to work with.  To make the money pouch, I cut 2 circles and rough sewed them together with a piece of twine (free from any horse barn). You could also use a shoelace.  I then stuffed the pouch with cotton (or an old sock, etc). The strap I sewed on the same way. Coins were glues in place to make the appearance of the pouch overflowing with money.

To make the hook, I used the foam material and cut in a rectangle with the bottom being bigger than the top.  The top should only be big enough to just overlap when fitted around the dog’s leg just above the ankle. I painted the material white. I let that dry, then painted the hook, sizing to the size of the dog right in the middle of the piece.  I then glued some Velcro to each end.  Wrap it around the dog’s leg just above the ankle and Velcro.

For the parrot, it was made to sit on your shoulder, so I just tucked a piece of the bottom of it into the money sash.  The eye patch and pirate hat were held on with elastic, and I attached the earring to the elastic around the bottom of the dog’s ear to make the appearance it hung from the ear. After putting the shirt on the dog, I tied the red sash around the dog’s waist, and tucked in the sword.