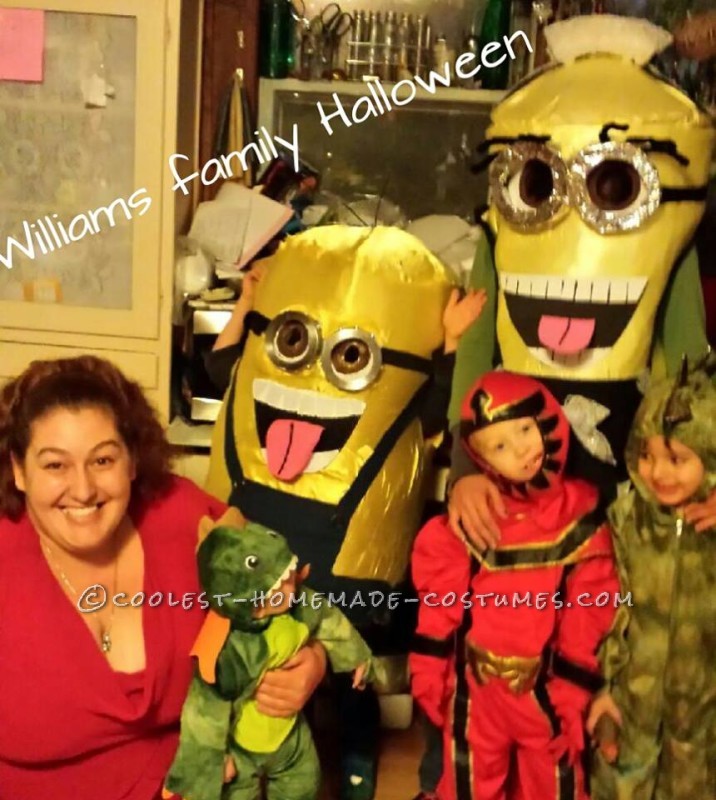 Well, it all started when my son who has aspergers and OCD decided he wanted to be a minion for Halloween, when he did, my other two did as well, so I looked at a lot of ideas, and didn’t find any easy way of making them.

This is how I Built the Minion Costumes:

We attended a costume contest at Walmart here in town and won 1st place 25$. When we were there I had an old man ask to get a picture of Spongebob, I didn’t know how to reply, my son did all the talking, “this isn’t Spongebob, it’s a minion, I am Tim the minion from Despicable Me.” Then we had another contest at a local ice parlor, he won their too, a basket of goodies which shocked me (Ever seen a minion have a meltdown? Throw himself on the ground and cry? I didn’t know whether to laugh or cry.) My sister also had a contest for Applebees employees and won a 20$ gift card, the regular minion was more sturdy then the maid because he was made from an old egg crate mattress pad, and he had canister lids for eyes, when I went to make my second minion, I went out and bought a mattress pad, and they are ridiculously thin like 1/8 of an inch, and I had a hard time on her eyes, lol! Every time i told Leighton, we were taking a photo, we wound up with his hands by his head, and in looking at the photo my sister did that too. 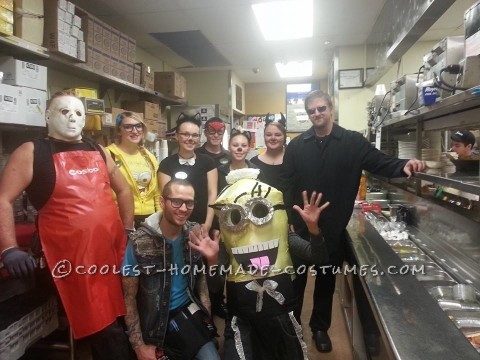 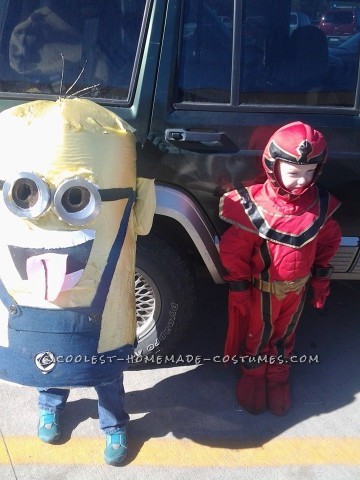