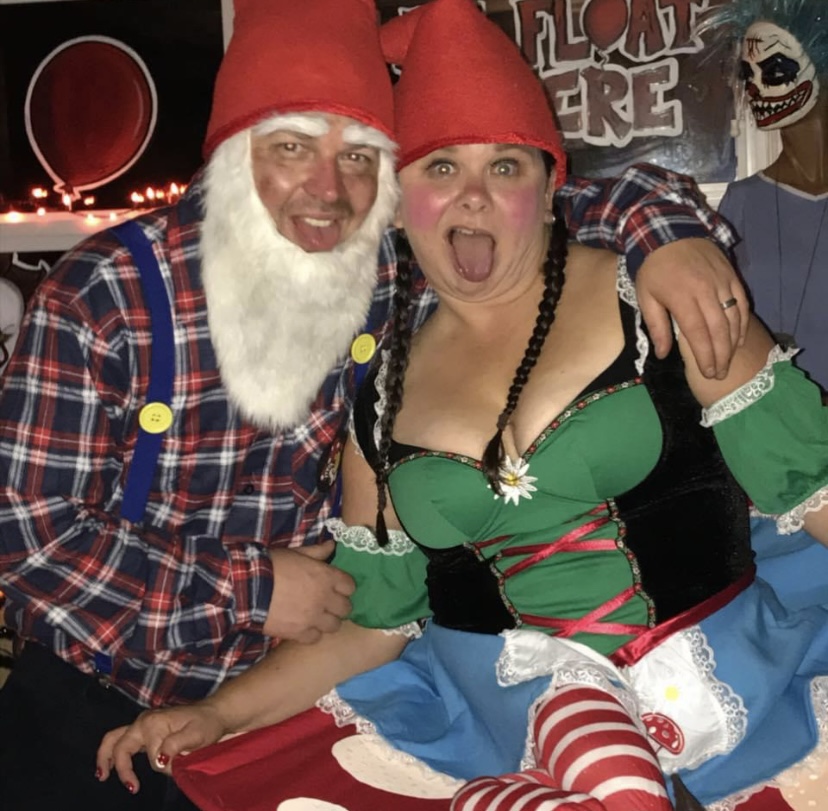 Man’s Gnome costume: Hat was custom made from thick felt and sewn to give bend in the top. I cut the face out of an old scary man mask that had a beard leaving just the top of the head (covered by hat) and the beard. I also cut the eye brows off the same mask and used some eyelash glue to stick it to my own brows. Custom gnome shoes were sewn and sticklers together using felt and buttons.

Woman’s Gnome costume: Costume included plastic tubing was sewn into bottom of skirt which would also give the short legs support. Gnome legs were stocking stuffed with cotton. The little shoes were actually old baby shoes with a custom made felt “tip” glued to them. The legs were then sewn to the skirt.

Both costumes took some work, probably over a week to get most of it together. In the end it was worth it! Thanks for looking!