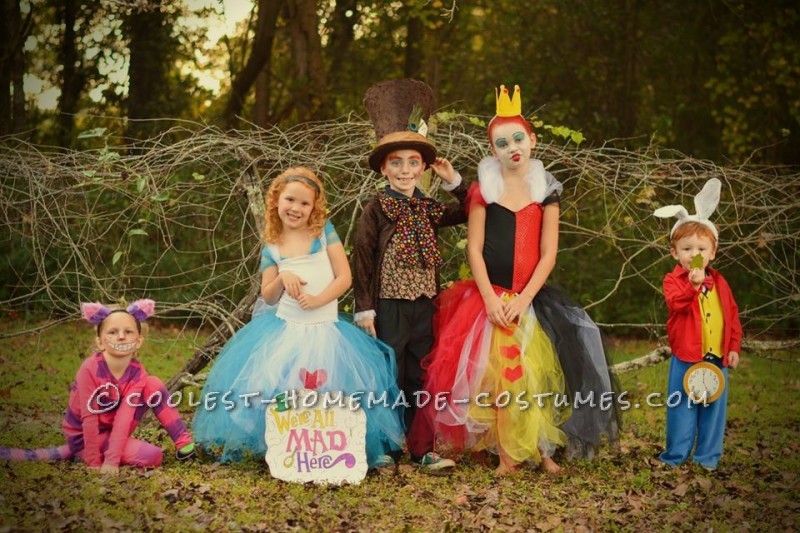 This is How I Made the Cool Family Alice in Wonderland Costumes:

Wow! Almost didn’t get these pulled together. The tutu dresses started out as just the body and the tutu. But they looked so plain that I ended up adding the sleeves at the last minute.

The white rabbit was the easiest, but getting a two year old boy to stay still and wear the ears long enough for the picture was the tricky part! Cheshire cat was super simple. Just painted some stripes and put some fur on a tail and ears. Her costume was more about the painted smile. But ohh! the Mad Hatter. I made one hat. Worked on it for nearly two hours, all for it to end up being too small. Ugh! I didn’t give myself extra room for the fabric, so I was so frustrated that I actually went out and looked for one to buy. Couldn’t find it anywhere. So I gave up and decided to use a regular top hat, ended up hating it. Found a great tutorial on making a hat out of cardboard, and BAM! Magic! His costume came together. The makeup just topped off some of the costumes. I’m so pleased with how they turned out. SO much stress for a beginner. I also included a picture of the costumes from two years ago. Bought the lion on that one. Just couldn’t make it quite yet! 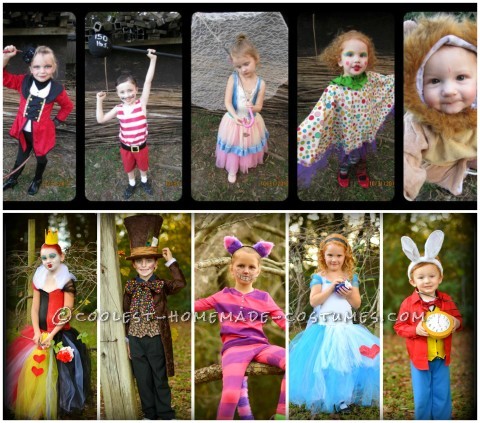