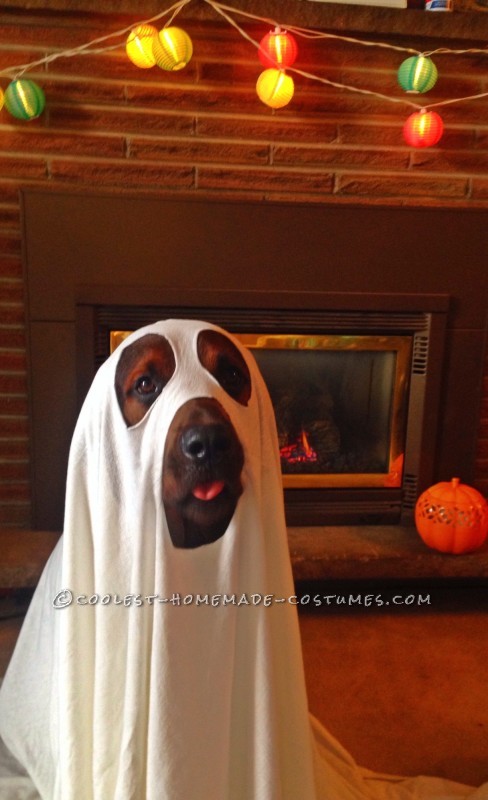 Last Halloween Riley was about 2-3 months old and I hadn’t met him yet. I found him at the local Humane Society when he was about 4 months old, so this is our first Halloween together.

We decided to go the DIY route and found a twin sized white bed sheet at the local thrift store to make him a ghost costume. He is a Red Bone Coon Hound – Rottweiler mix and about 90#. We have tried to find store bought costumes for him but he is too big.

All of his life since I’ve found him (or he found me!) I have taken many pictures and he is pretty good at posing and following commands (especially when he gets some of his favorite treats in return!)

To make the costume I placed the sheet over his head and outlined where his eye and nose holes should be made. He stood very still for the whole fitting process. He laid down during part of it and was falling asleep (we normally cover him up at night with a blanket and I think this helped make him comfortable about the whole thing) . I simply cut the holes out with scissors and voila!

Then the photo shoot began! I took some photos inside by our fire place and then went outside. A neighbor lady came out of her house and said she thought he had just gotten out of the shower hahah, then he turned around when he saw her and poked his whole head through the nose hole of the costume while he was trying to go say hi to her. The costume only lasted a short time but he sure was spooky cute in it! 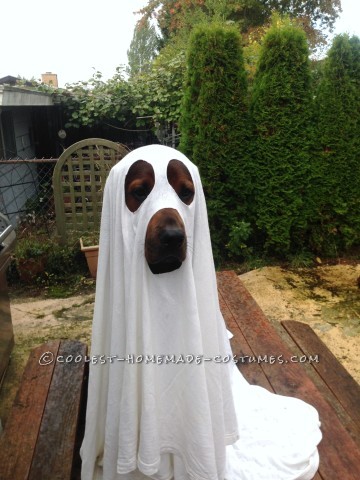 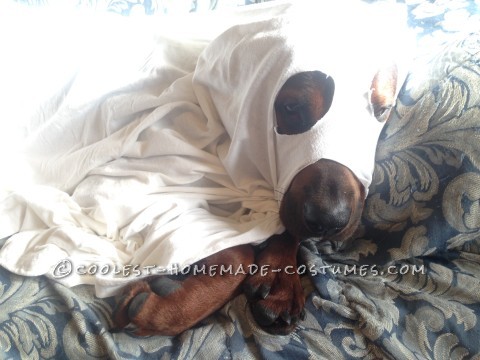