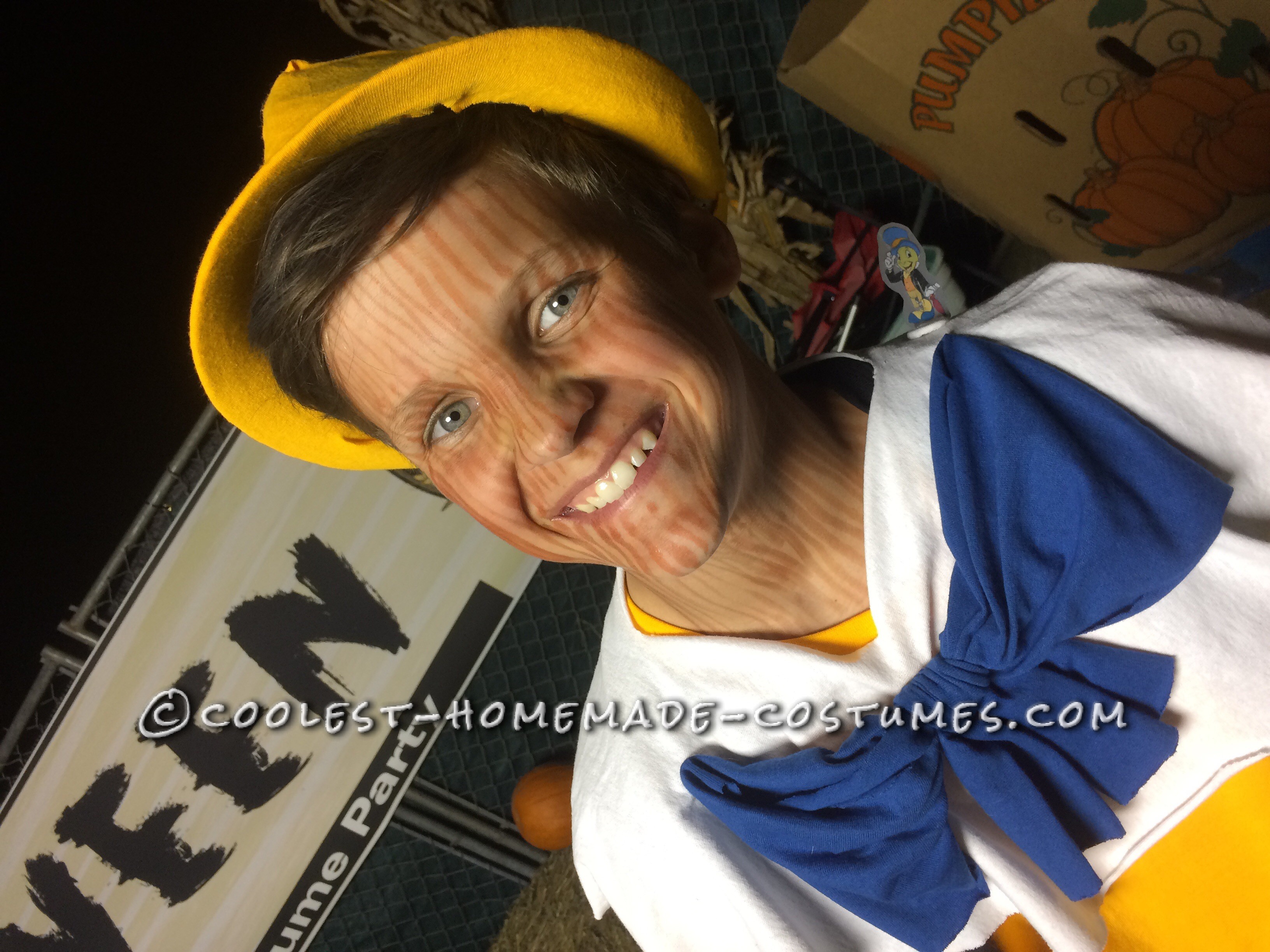 This costume was made for my brother, Stetson. He’s 13 and as his sister, who is 22, I can no longer openly participate in trick-or-treating so he is my gateway into the creative candy collecting world! This costume consists almost entirely of t-shirts and hot glue. The hat is a straw hat with yellow fabrics covering it and there is also a small Jiminy Cricket attached to his shoulder via magnet. the only thing store bought in this outfit that remains in its original form are the shoes which we purchased from Goodwill.

I hand drew the wood pattern onto his face, arms, and legs with a washable market. Although he informed me that it was not so washable after all. We went to a local festival and he was treated like a celebrity! So many people stopped to get their picture with him and little kids pointed in awe! Even a performer or two stopped us to get THEIR picture taken with HIM on their personal phone. I even had one man on stilts stop to have me take the picture with his iPhone.

All in all everyone was taken by surprise at the detail. The idea arose from a little boy I babysit who absolutely adores Disney’s Pinocchio. We watched the movie over and over until I had the character practically memorized. That’s why the detail on the shorts and the piping on the vest is so exact. I made sure not to leave a single thing out. In fact, before leaving for the festival I brought my brother by to see Hudson, the little boy I babysit, and he was the one who pointed out that Stetson was “NOT a real boy!” He was adamant that he was the real deal when it came to wooden boys!

I absolutely enjoyed making this costume, and Stetson loved the attention so much that we may have to make a trip to Walmart once or twice before Halloween in his full Pinocchio getup! The only thing that’s missing is his nose and we figured it was best not to tell any lies while in character, because, after all, a little boy that won’t be good might as well be made of wood! 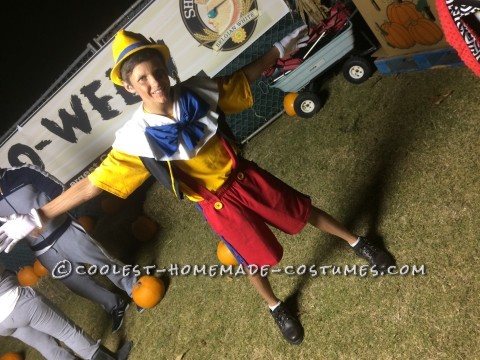 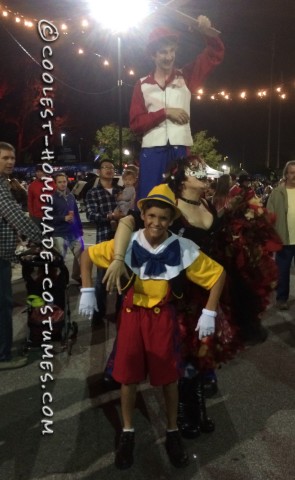 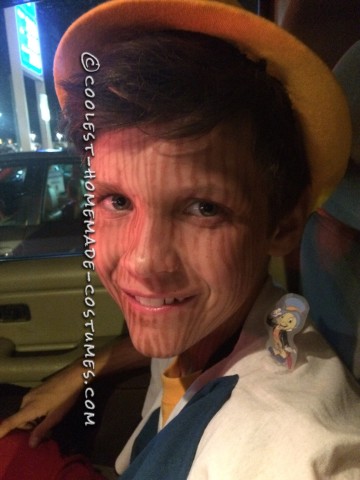 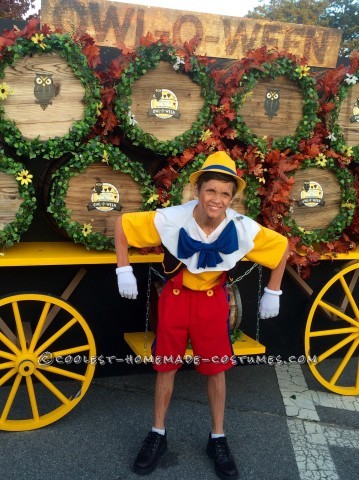 2 thoughts on “Cool DIY Pinocchio Costume – Real Boy or Not?”