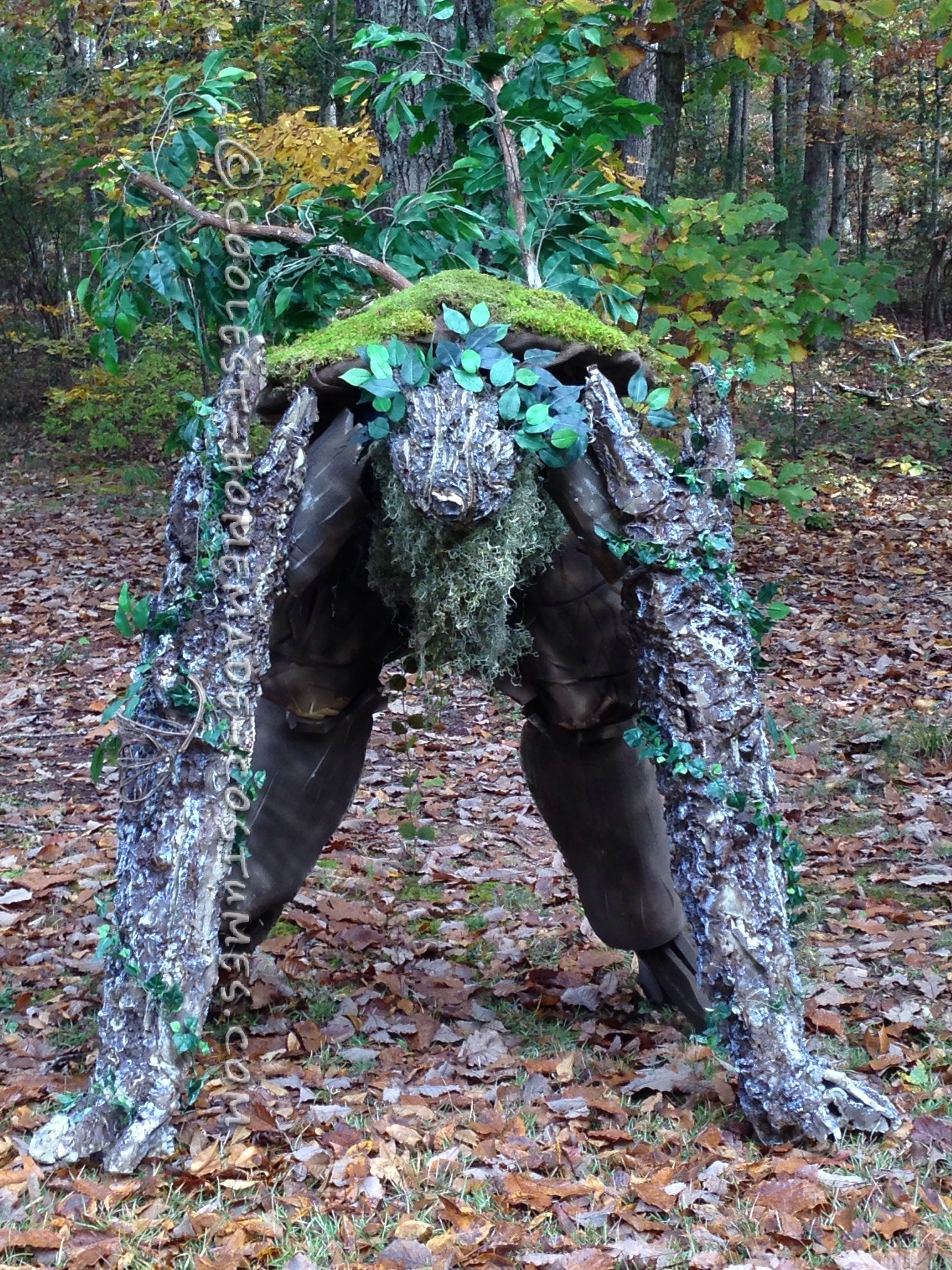 This is my costume from 2013 updated in 2014. It is an eight foot tall “tree ent or woodland spirit”. The inspiration came from Lord of the Rings, and also when I was young I went to a renaissance Festival and saw a giant tree man waking around. I thought it was the coolest thing I’ve ever seen in person! later on in my life I’ve always enjoyed the Halloween season, and decided to finally do something big! So I scoured the Internet for ways that I could start making this tree man. I could not find anything that really helped that was “up to par” with what I wanted to create so I designed it myself.

I started at the beginning of October and worked on it til the day of Halloween last year and u turned out so well that I entered a local costume contest. The turn out was very large, so I was really nervous about being in a crowd of people in such a big costume! I went in to scout the area first then made sure I could get through the door. After that I went and put on the costume (which is about a ten minute process at least). Then I made my way to the entrance and when I turned the corner to where the door was, people’s jaws dropped. They had never seen anything like it! People ended up taking tons of pictures with me and I also won the contest! It was a very great night. One of the best I’ve in a long time!

I designed it to be similar to the in I saw a long time ago but with my own twist, so u decided to make it a four legged costume. I used 2x4s for the leg stilts and medical crutches for the arm stilts. Much of the costume was made of “Great Stuff” spray foam covering cardboard framing. It was then carved to look like tree bark, painted and fake foliage was added for more effect, I also added led flicker lights for the eyes! In 2014 I redid the body using a football shoulder pad set with the spray foam over it and added more lights to the trees on my back. In 2014 I didn’t win the contest but I took tons of pictures and got some great reactions! I hope you like my design and look forward to next year! 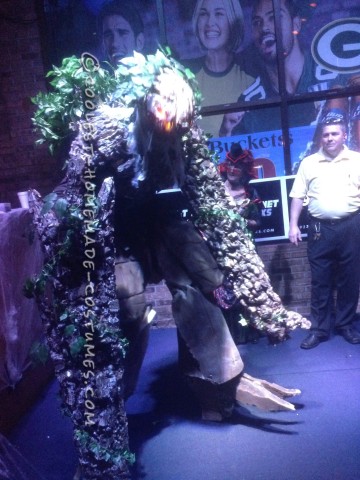 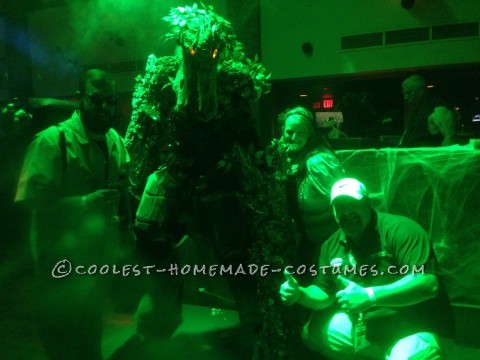