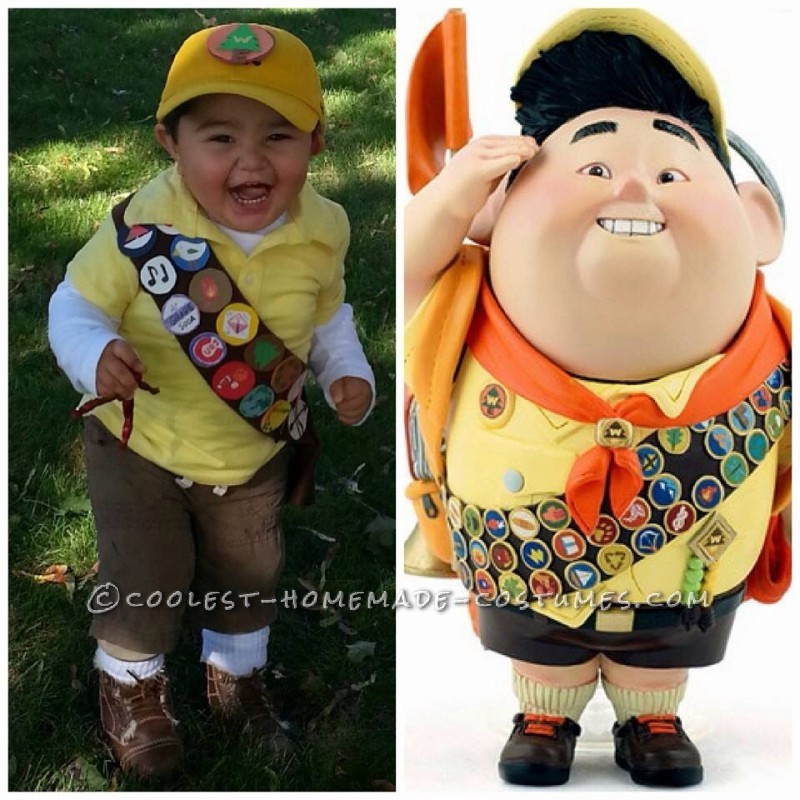 The idea came to me about a month ago when I was trying to convince my boyfriend of letting me do a creative costume for my son. He loves Disney Pixar movies. Making it was pretty simple. It needed to be able to rightfully shove it in my boyfriend’s face that homemade costumes can be inexpensive and easy. His outfit was clothing that he pretty much already had. We went out to buy a yellow polo, then his brown boots, along with his yellow (adult size, because of his big head) hat, and finally the sash that pretty much had to be made from scratch. That part we received assistance from my sister who is a fashion designer.

Chris (the boyfriend) brought boxes from work and the rest we just got from a crafts store. I’ll be honest, we pretty much procrastinated until the very last night and paid for it by staying up until dawn just to finish it. The funniest part was probably watching Chris trying to make the patches. He’s usually not artsy in the least, but he really did commit to this costume. Most of the patches he researched and some he just made up to reflect CJ’s “interest”. Cj doesn’t watch college ball or care for baseball. But hey, he was helping and I wasn’t going to get picky.

Finally, putting it all together the following day for trick or treating was frustrating. The house didn’t float after 42 balloons. But hey, you roll with the punches and wing it. the wind helped a lot and CJ was such a good sport. As soon as we went outside and people saw his costume for the first time I immediately felt a rush of pride. People stopped and just gawked at him. Mouths hanging and when they finally got over it, they started asking for pictures. Pulling over in the middle if the street just to ask for a picture with “Russell”.  He was all smiles and laughs. People were recording him and just taken with him right away.

I really had fun. Immediately his aunt  posted his pictures on Facebook and Instagram, along with myself and my boyfriend. Sent a couple to his godmom. After 70 likes from our friends and random people we shared with other sites. Local news and sites like Tickld. His tickld post was by far the most successful reaching 3224 likes world wide. After all that, now my only concern is how will I actually top it. 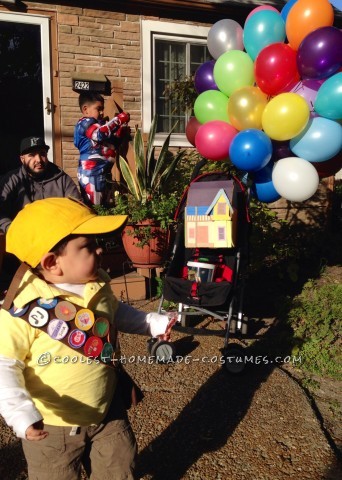 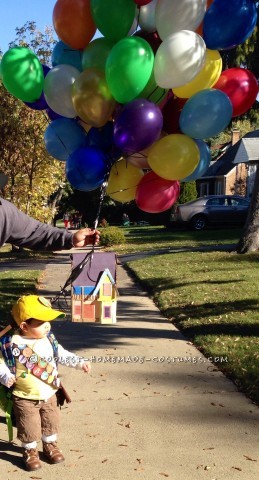