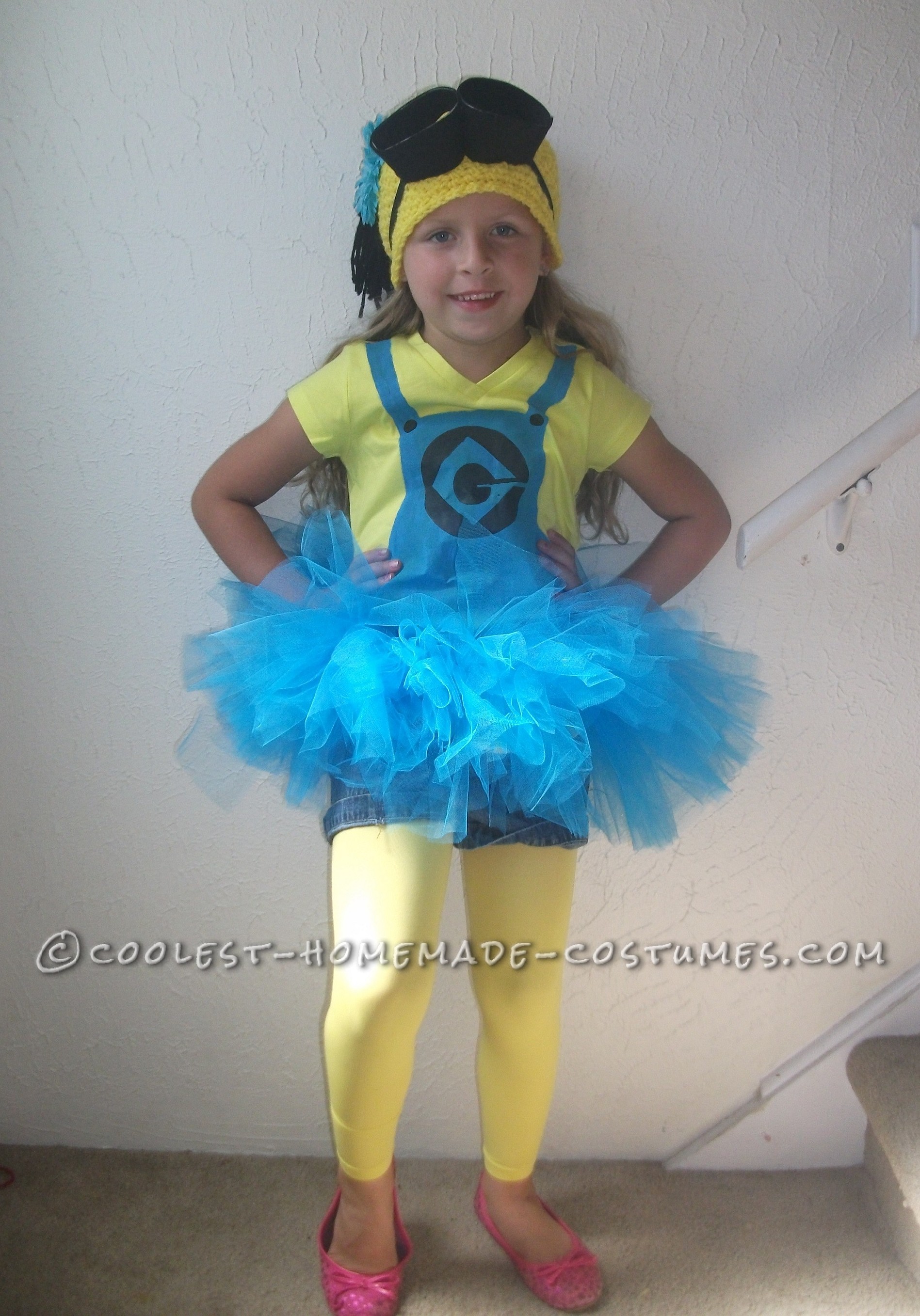 My daughter absolutely loves the movie Despicable Me. She wanted to be a Minion for Halloween but didn’t want to look like a boy, you know how demanding 5 year old’s can be. So I took to the task of making a girly minion. I first thought this was going to be a challenge but actually turned out to be super easy and very cheap. All it took was a lot of tulle and some craftiness.

I had bought a plain yellow shirt and yellow leggings at Wal Mart which total had cost me $5 (super cheap). I then had to decide if I wanted to buy overalls or just paint them. I figured that I wanted to keep it cheap and not waste more money on something she is only going to wear a handful of times so I painted the overalls. It doesn’t look amazing but I figure for a kindergartner, it’ll be just fine. I then made the tutu out of blue tulle in which I needed 4 yards. She wears a size 7 so you may need more or less depending on their pant size. The 4 yards cost me $5 so I’m at $10 for the project. Hobby Lobby occasionally has it tulle on sale for $.89, I should have stocked up then so it would have cost less.

The accessories were extremely easy. Since I know how to crochet, I made the hat myself out of yellow yarn and added black pig tails for the hair since again, I had to make it girly. She already had the blue flower so no cost for that. I then made the goggles out of felt, elastic and card stock to make the circles sturdier. Which I had those materials on hand so the accessories cost me absolutely nothing but time.

This entire costume only cost me $10 and took about 4 days which was mainly spent painting the overalls and making the tutu. Hope you love it just as much as we do!!!! 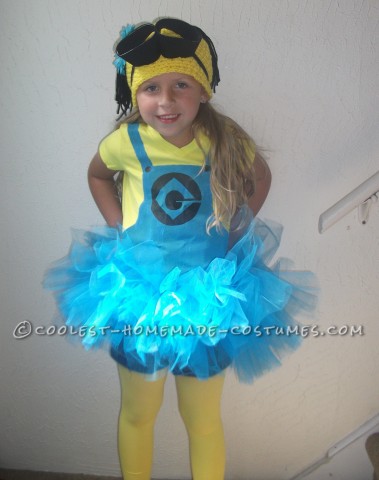 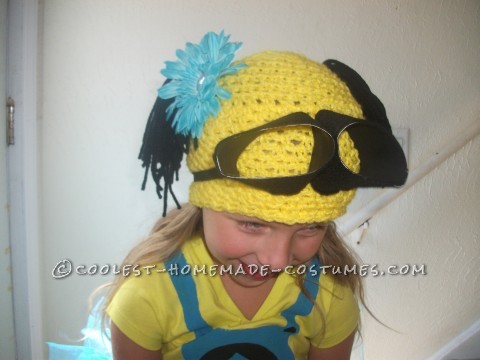