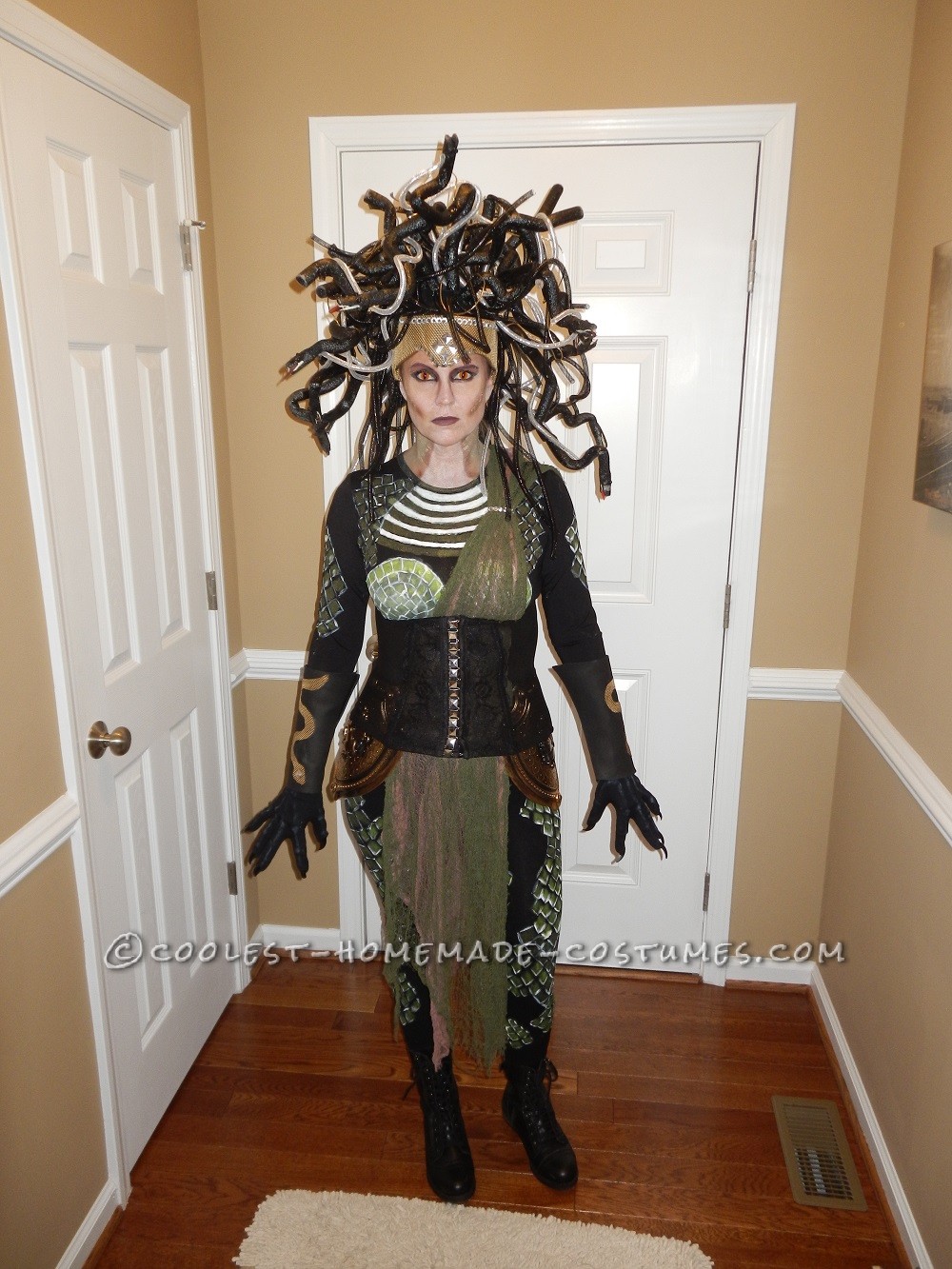 After many searches for Halloween costumes on Google, I came across photos of Medusa. I didn’t realize there were so many options for Medusa! I decided to create my own costume instead of buying a commercialized costume that costs way too much for what you get.

My hat was made out of shaped copper wiring and felt hot glued to the wire to create a base. The snakes were created out of backer rod tube foam and tubular crinoline. I took 20 lb wiring and fed it down the tube foam to be able to shape the snake. I then took an Exacto knife to cut out the mouth and created the tongues out of thick red construction paper and the eyes were black beads. Once all was put together, I hot glued them to the hat base and spray painted it all black. I then added silver crinoline and intertwined it through the black snakes to emulate smaller snakes. The crown was created out of foam backing and gold table runner. I couldn’t find the fabric I liked that was thick enough to be shaped, so I found a table runner that was perfect. I cut out the shape needed and glued that to the foam backing. I then hot glued silver studs to the front to add contrast.

My body suit was created out of thin black thermal underwear, hand painted scales (used Grass Green, Metallic Green and white for highlighting). This was VERY time consuming and slightly difficult as I had to have the thermal underwear on to paint since the fabric stretches when wearing and wanted a realistic size scale. Yes, this was quite hilarious as I had paint all over my body when the suit was removed! Thank goodness for washable acrylic paint!

I then took two cheesecloths and dyed one green and one brown to drape across my shoulder for added coverage. That was held on by a black corset with hot glued silver studs down to front.

I added black gloves with long nails attached to them and outlined a skeleton look to the outside of the glove; added combat boots and toy shields to my hips for an added flare (found these at Dollar Tree).

My make up was created out of Halloween face paint and the eyes were reptile contacts to add that final touch.

This costume took approximately one month to create and during this time, my house was a true mess. My kitchen table was covered with snake material and hot glue and my living room was scattered with costume material. Yes, my husband was very happy to vacuum once my costume was finally complete! Hey, got to do what you got to do to get your husband to vacuum! haha.

When I went out, I got a ton of compliments and looks from people. They were so amazed at how elaborate my costume was and had a lot of requests for pictures. I felt like a movie star and they were the paparazzi! I LOVED IT! I entered one contest and won $200 top prize. I entered another to win a big flat screen TV but couldn’t last all night in order to win that one. I was tired. 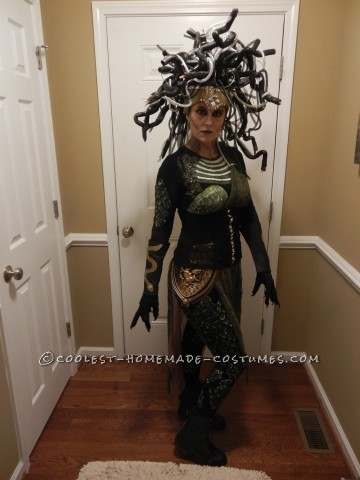 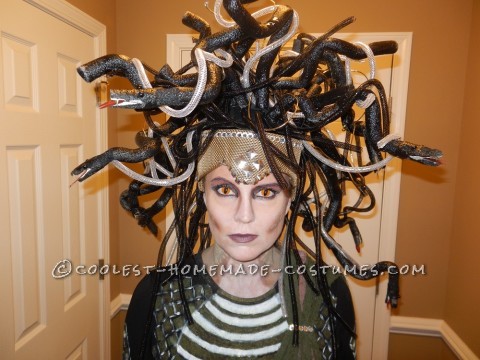