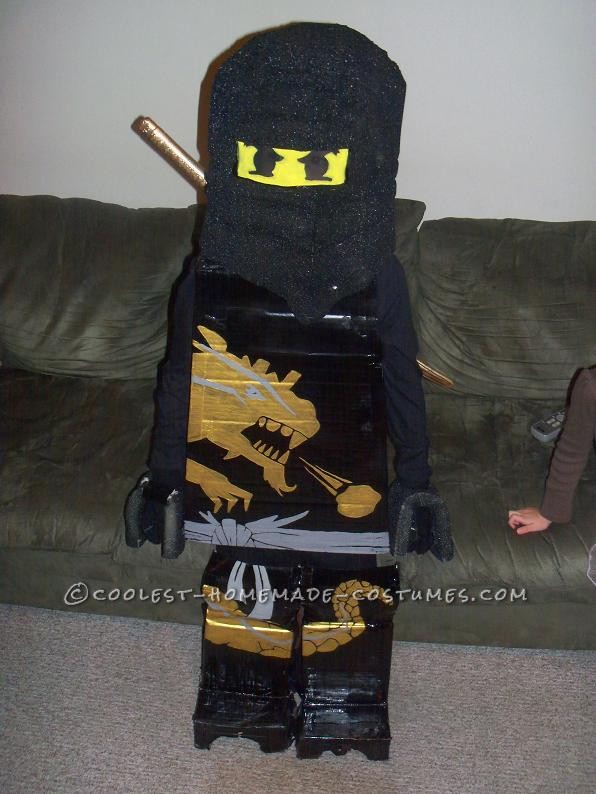 My son, Dane, has been obsessed with Ninjago Legos since they first came out.  He has most of the Lego sets, games, and is one of the only TV shows he watches. This year he asked us if he could be Cole for Halloween.  My wife started by cutting up boxes, forming them to rough Lego man shapes and taping them with black duct tape.  She took card stock and formed a cylinder for the head, and then glued soft foam all around it and on top.

Then came the carving of the head to make it look like Cole’s.  After everything was shaped, she started spray painting the whole thing gloss black.  Then came the very detail gold painting of the dragon on the chest and legs plus the sash around the waist, several coats; she used large scale computer print outs, but mostly the regular sized Lego man of my son’s.  She used black stocking for the eye cutout and painted the stockings yellow except for where the eyes/eyebrows are.

The head is attached to the body and the legs where originally strapped to his belt,  but were then turned into more of a shin guard style (easier for walking).  We took two rectangle pieces of soft foam, cut holes for the wrist in the middle, put elastic bands for the fingers and thumb, then put it on him while he was wearing black gloves; the gave him the perfect leg hands while keeping his ability to hold things.  The last bit was attaching a sword to the back that we spray painted gold to match the DX series Ninjagos

After it was done we first took our three children to a local museum with hundreds of kids.  His costume was the talk of the day, with most boys and parents saying “Look, it is Cole.”  He also wore it to his Cub Scout party where all the boys were amazed and kept poking him.  Halloween night was no different, everyone was coming up and getting pictures of him and most of the kids were amazed to see a life size, to scale, Lege Ninjago!!

I am amazed what my wife put into this costume, and the results that followed.  Hours upon hours of work, all while homeschooling our three children. 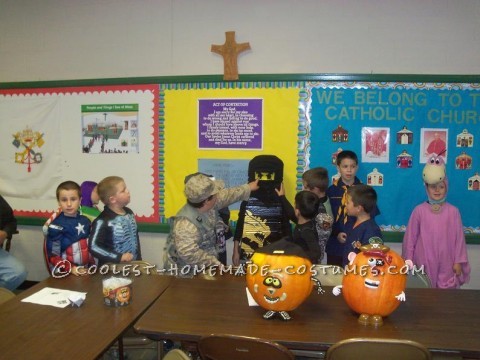 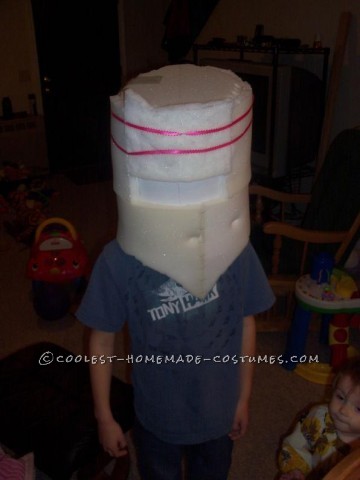 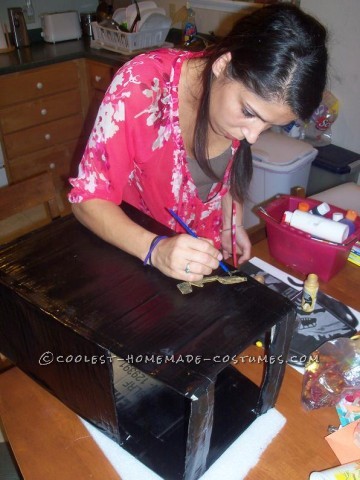 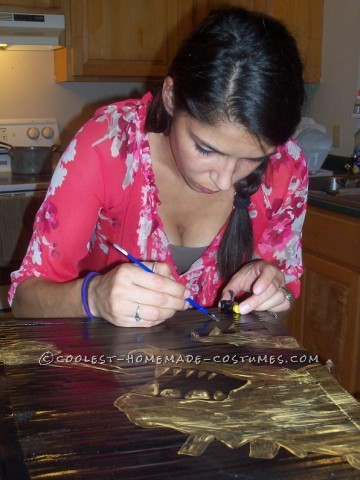