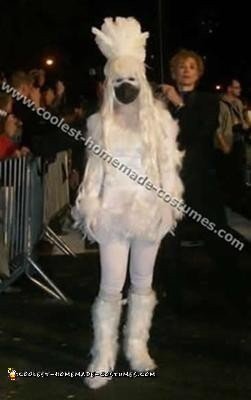 I was inspired to make this costume after owning three cockatoo parrots and collecting tons of their beautiful white feathers. Zeus, my 50 year old Umbrella Cockatoo passed away last June so I dedicated this costume to him! I marched in the NYC Village Halloween Parade whose theme coincidentally was “Winged Creatures”.

All the costume supplies were bought on eBay. I made the shoes by hot-gluing each feather on. I sewed feather trim on the collar and sleeves. The spandex suit was from an angel costume. The wings hold up the tail feathers which are real large white ostrich feathers. I even had feather tipped gloves, eyelashes and a large cockatoo crest on a white long wig. The beak was a cast prosthetic and they black eye contacts were added for a real bird effect! 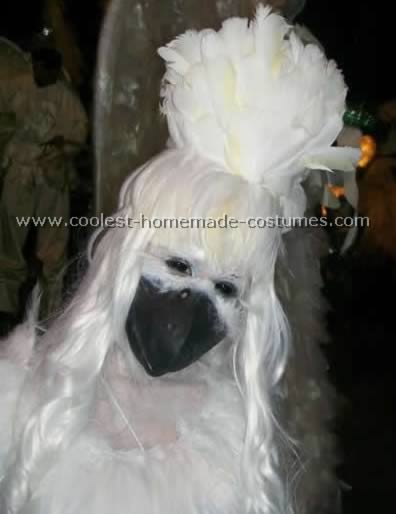