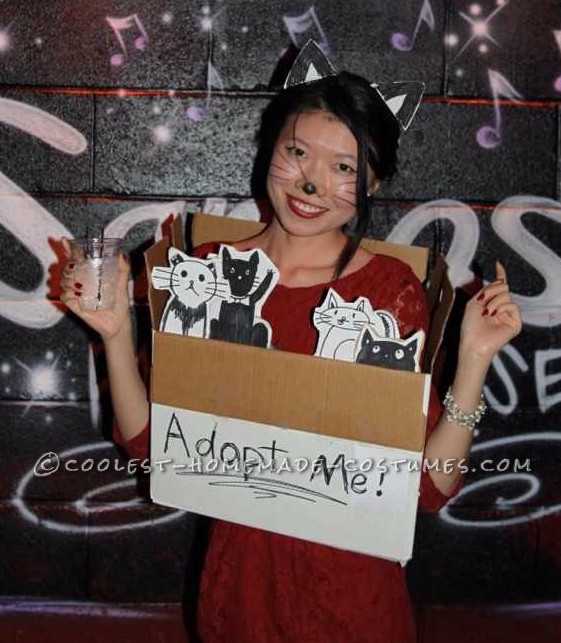 I was at work when I had my costume idea. I really don’t want to spend too much money on clothes that I probably will only wear once. While siting by my desk in the office, I noticed there is a file box near my feet on the floor. The idea of dressing as a cat who was put in a paper box with other cats waiting to be adopted came to my mind. I used my company’s copy paper to draw all the other cats, tap them to the file box, cut off the bottom of that file box and stick my arms out of the holes on both sides of the box. I draw my own cat ears too.

That night, I went to a Halloween party. Everybody loved my costume! Many strangers ask to take photo with me and told me my costume was the best one there. One of them suggested me to draw a comic book and she will have her future children read it! Before I left, I gave my kitty box to a girl at the place, she was very excited. I ran into her later after I gave it to her and saw her happily posing with my box infront her friend’s camera.

I am very glad that my cheap costume ($0 cost) brought people smiles and laughter.