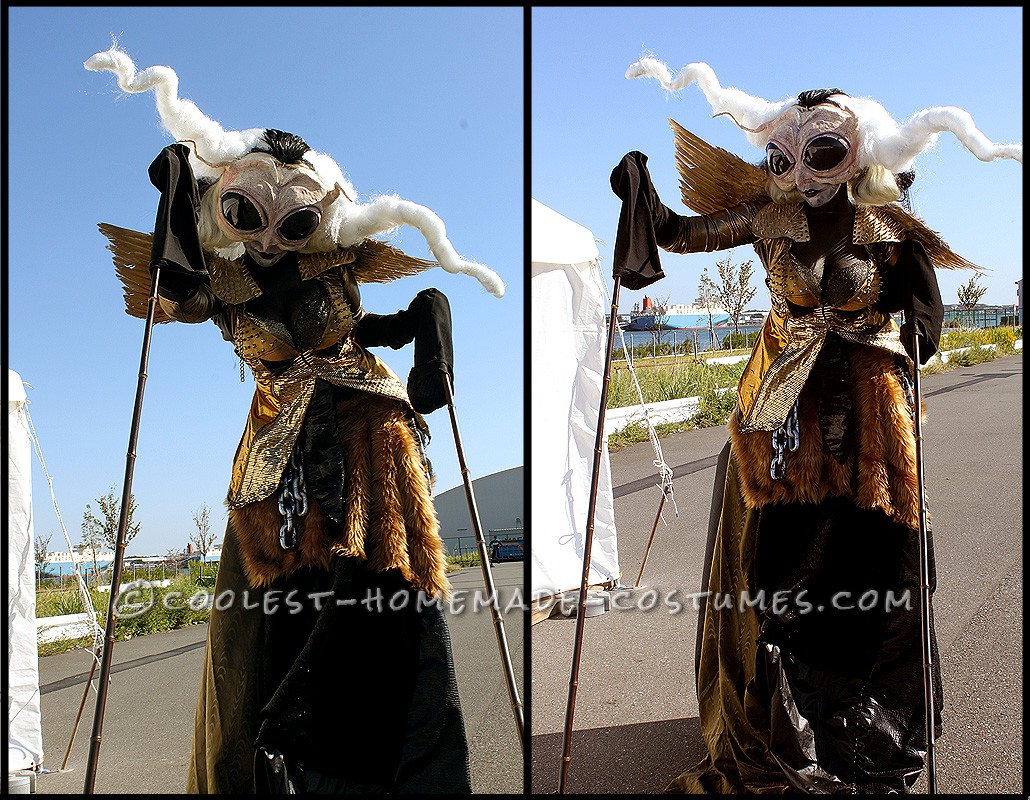 I got the idea to make a freaky bug-like costume out of nowhere. I imagined something of a mix between a queen bee, praying mantis, and humanoid type thing. Basically, I wanted to make something that would freak people out! And of course it had to be huge, ridiculously tall, how would I be a … Read more 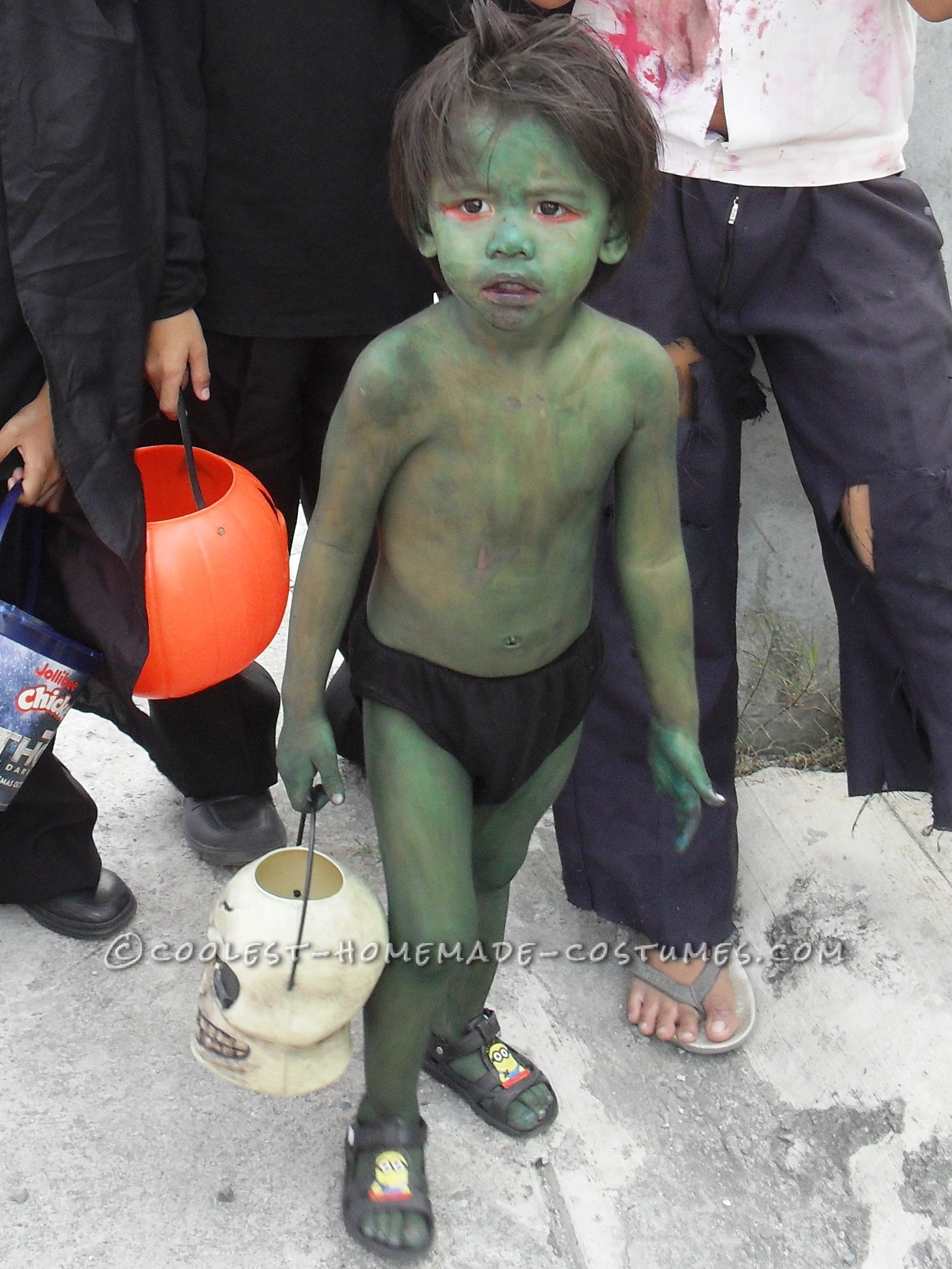 I’m a plain housewife, a mother of four (all boys). I just try my best to make a simple thing for my kids for their happiness. So if there’s any events I’ll  try to convince them to go there and join, sometimes they ask me permission to go there. Some events like a seasonal occasion … Read more 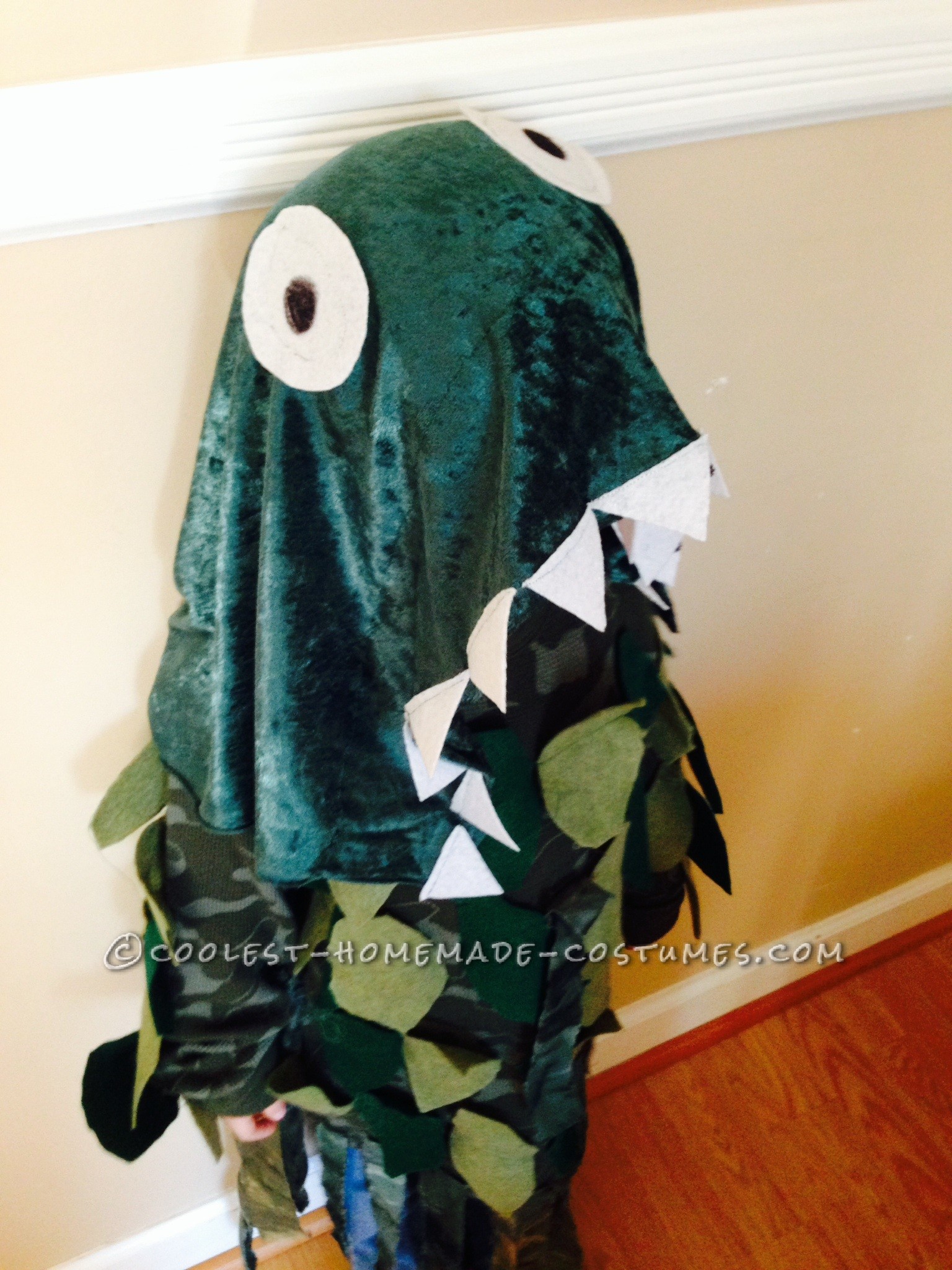 My son wanted to be a swamp monster because we saw one with a mask at target- he is four so I am not a fan of masks. I told him we would make his costume- he wasn’t real happy about it though. I went and found army green clothes at the Thrift store.  Then … Read more 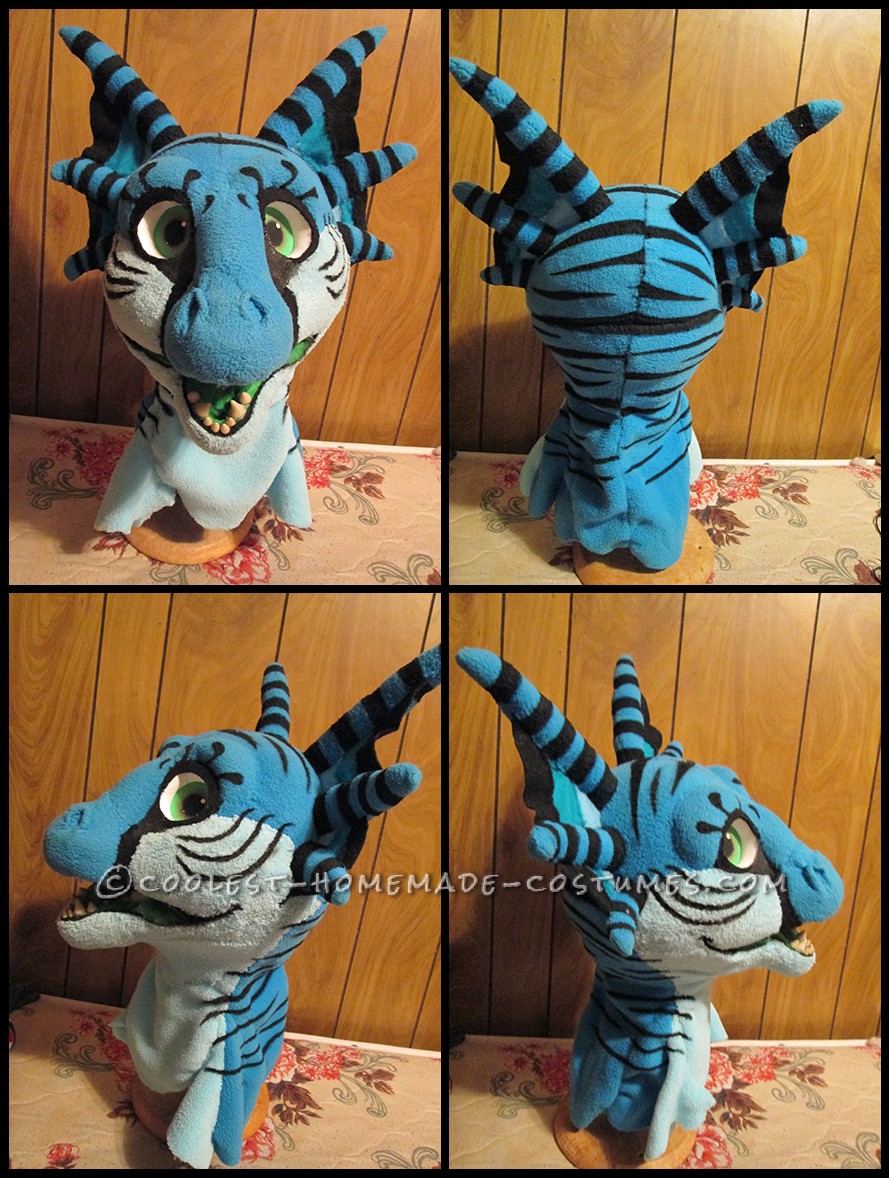 Aleidian here is quite an adorable monster indeed. Always well-received, it’s nice when people run up and ask for hugs and tell you how cute you are. This character is very fun to dress up as and act out, by being affectionate, lively, and of course, adorable. This costume mask features “follow-me” foam eyes, plastic … Read more 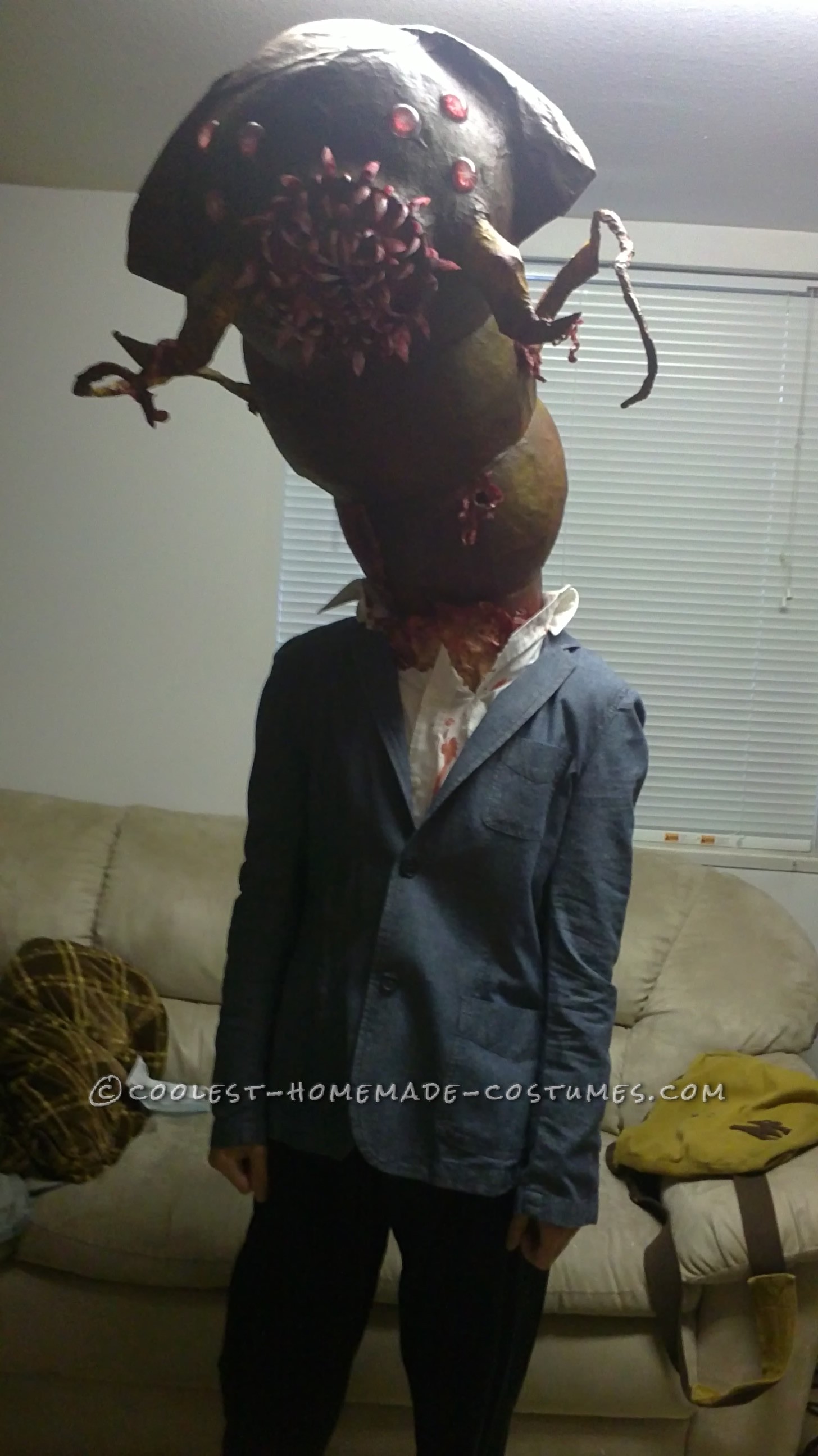 Each Halloween I strive to create a costume that is unique or seldom if ever seen before. After seeing watching the movie Prometheus, the idea for an alien of sorts came to mind, one that has never been seen before. The problem now, is how to present it. After brainstorming, I drew inspiration from one … Read more

This Creepy costume is the coolest and easiest costume I have ever made. The reactions were amazing, friends didn’t recognize me and they are still all talking about my costume. They all loved it as much as I did. Here is what you need to create this fantastic costume: The most expensive item to buy is … Read more 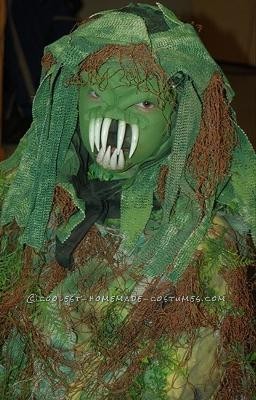 I made this Swamp Monster Costume from a pair of long johns covered with a real fishnet, burlap and airbrushed. Covered hair with facial mud and airbrushed hair. Teeth were pumpkin teeth with liquid latex. Cut up strips of rubber cupboard liner for the hood. 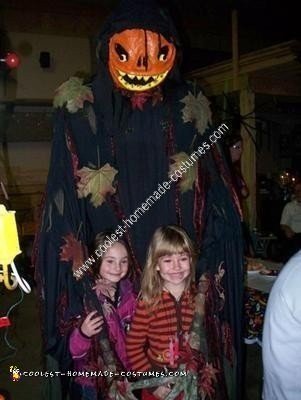 I want to share with everyone the product I use that has truly changed my Halloween costume making and has made anything possible. After years of experimenting with paper mache (too heavy), wire and fabric (not stable enough) and many other methods, I finally found plumbing pipe insulation. This is extremely light weight, bendable, sturdy … Read more 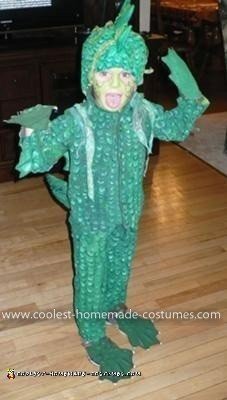 I created this Homemade Swamp Monster Costume from recycled clothes (my favorite material being old jeans!). I used old Pj’s as the base for the costume, then cut LOTs and LOTs of individual scales from jeans and glued them on the Pj’s. I then painted each scale with green paint and a touch of black … Read more

I thought up this kids Halloween costume while lying in bed one night. I knew I wanted a tall monster behind me but I couldn’t figure out how to do it. Then it dawned on me. I have a fish holding belt and a piece of PVC pipe. I mounted a Styrofoam head on it … Read more 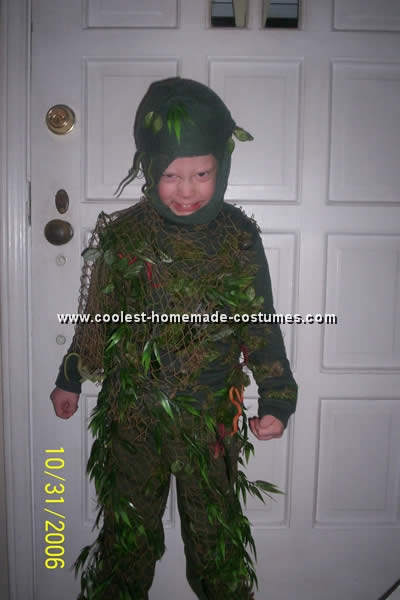 This kids Halloween costume project began with my son wanting to be a monster. My first thought was how boring is that going to be for a four year old. So with some creativity we came up with a swamp monster. I began this project by dying the clothing (turtle neck sweat pants and gauze) … Read more