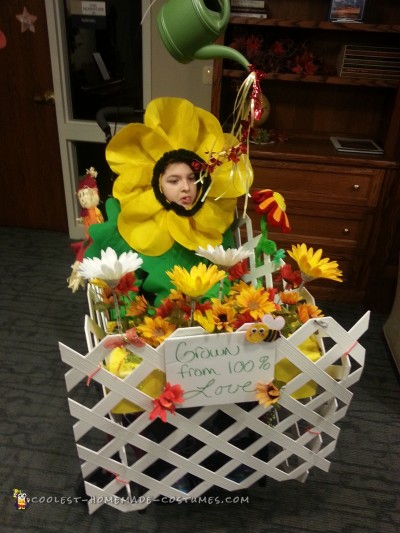 This wheelchair flower garden costume was grown (created) with lots of love for my daughter. Steps to Make the Wheelchair Flower Garden Costume I purchased a lattice fence from Home Depot and had them cut it into 4 squares. I only needed to use 3 to cover the 2 sides and front and connected them together … Read more 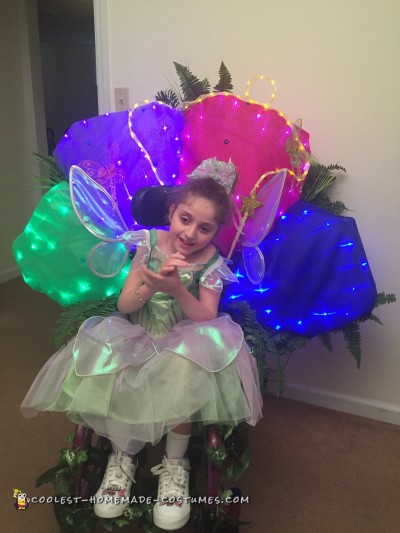 Alyssa is a 7 year old girl with Rett Syndrome.  She is confined to a wheelchair so we try to really put extra effort into her costume every year!  This year, during a visit to Disney World, she LOVED Tinkerbell.  Her spunky personality reminded us of Alyssa so the idea was born! We decided that … Read more 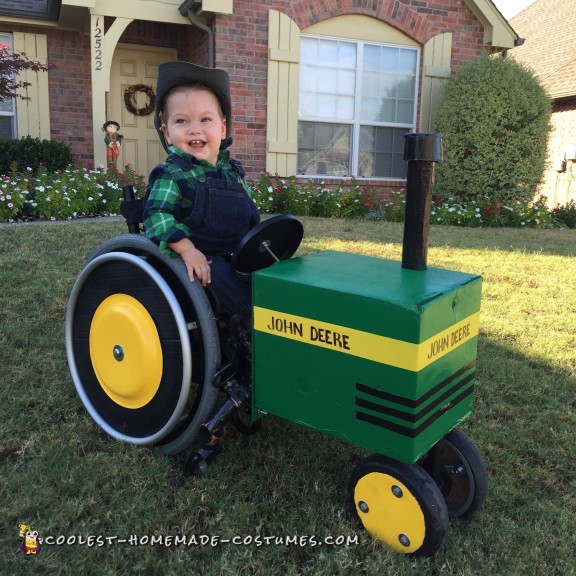 Our one-year-old son Calvin is paralyzed from the waist down and uses a wheelchair to get around (and get into trouble). We decided to incorporate his wheelchair into his Halloween costume because he likes candy as much as any toddler, and needs a way to get to the front door! Using just a cardboard box, … Read more 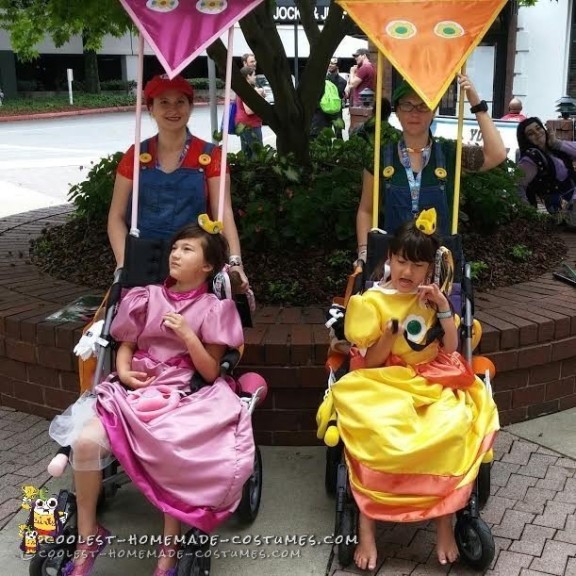 I made these Princess Daisy and Princess Peach costumes for my daughters who are severely disabled from a double dx of CDKL5 and mitochondrial disease. I challenged myself to make a costume using their wheelchairs. They would pull off anything on front so I was limited to the sides and back. The costumes are for Halloween, … Read more 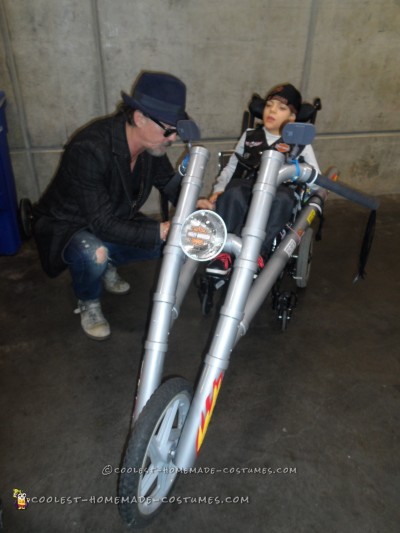 My son was a cool motorcycle rider for Halloween. I made this costume using PVC pipes, spray paint, and by accessorizing it (I found the headlight at a junk yard and used baby car mirrors as rear view mirrors). A few months after Halloween, he used the costume again at a motorcycle conference and got … Read more 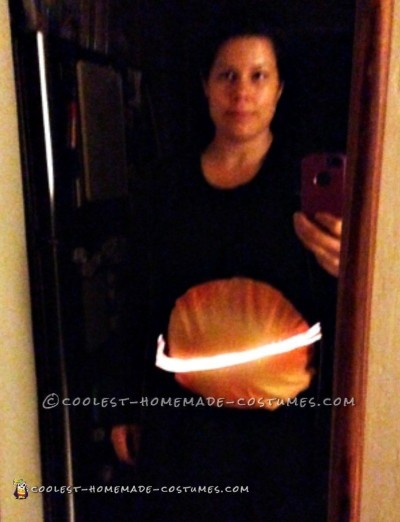 For my last chance at making a maternity costume, I thought a planet theme would be an appropriate nod to feeling like one. I decided to go for a Saturn costume as that would hopefully be the most recognizable planet, plus it was an opportunity to use something like a glow stick. I had gathered … Read more 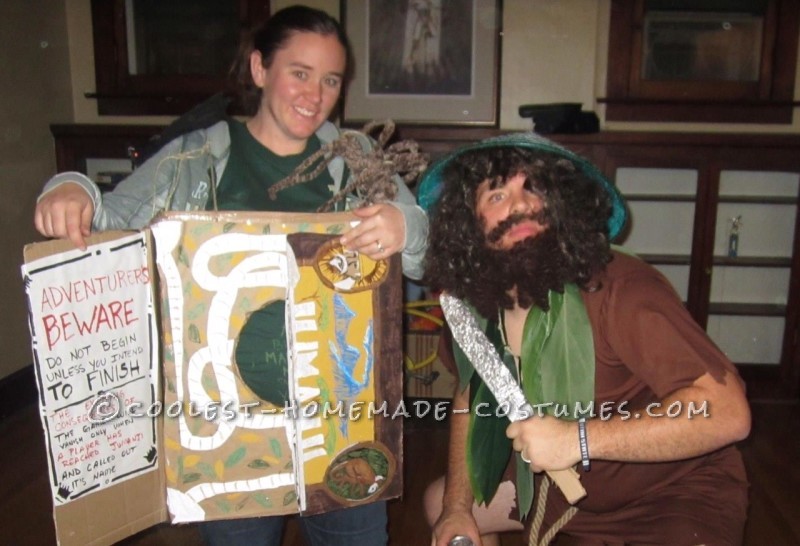 Being pregnant and finding a creative Halloween costume is not a simple task. My husband and I decided we wanted to do something with Robin Williams since we both loved his acting. Then it dawned on me, let’s do Jumanji costumes and be the Jumanji board and “Alan Parish” from the movie JUMANJI!  My growing … Read more 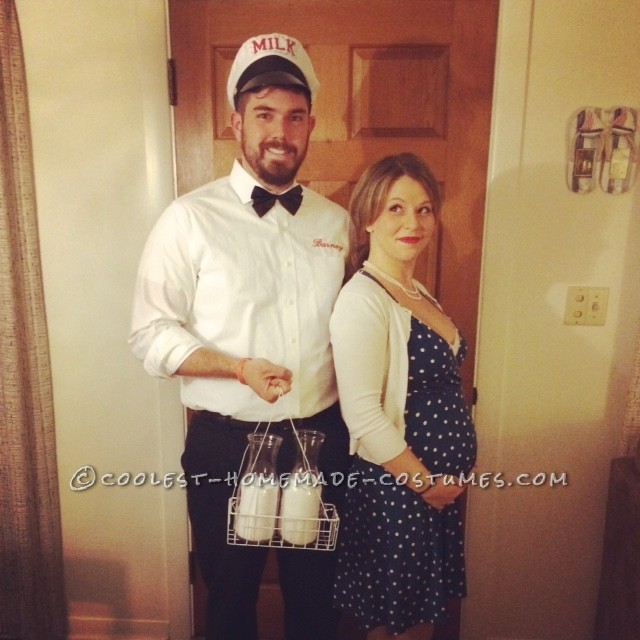 My husband and I had been trying to get pregnant for quite some time. It had been a roller-coaster of emotions for us, and then finally it happened! Luckily for us, we realized I would be pregnant on our favorite night of the year, HALLOWEEN! We got to brainstorming right away. Since we’re saving money, … Read more 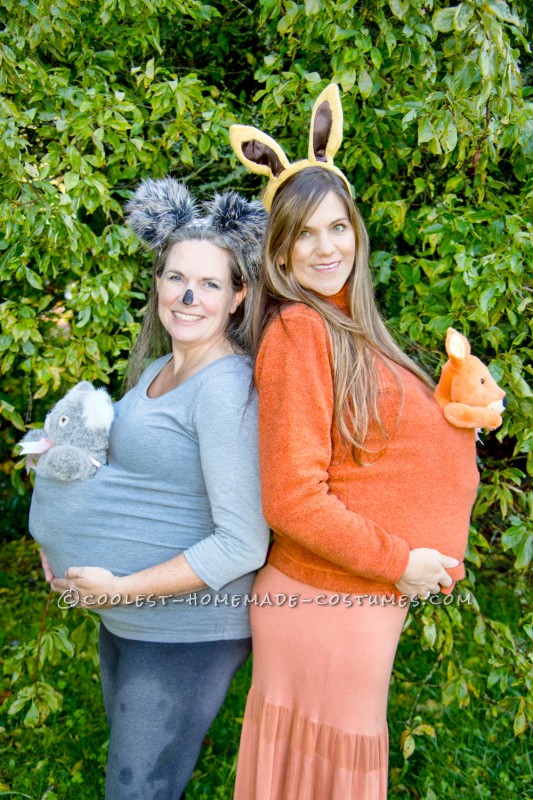 So, I love making Halloween costumes. I was 8 months pregnant this Halloween, so in the back of my mind I was trying to think of ideas to utilize my beautiful belly in my Halloween costume. I think my little girls and I were talking about koalas for some reason one day and all of … Read more 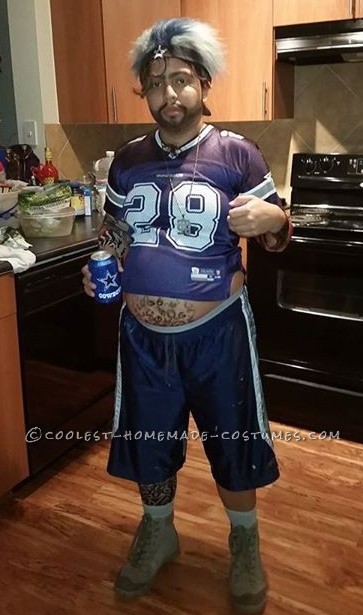 Howdy! My name is Samantha and I’m 28 weeks pregnant with my third baby girl. Let me tell you how this unique Dallas Cowboys fan costume came to life. I live in Arlington Tx, and have been at the company I work for almost nine years. We were not allowed to dress up for Halloween … Read more 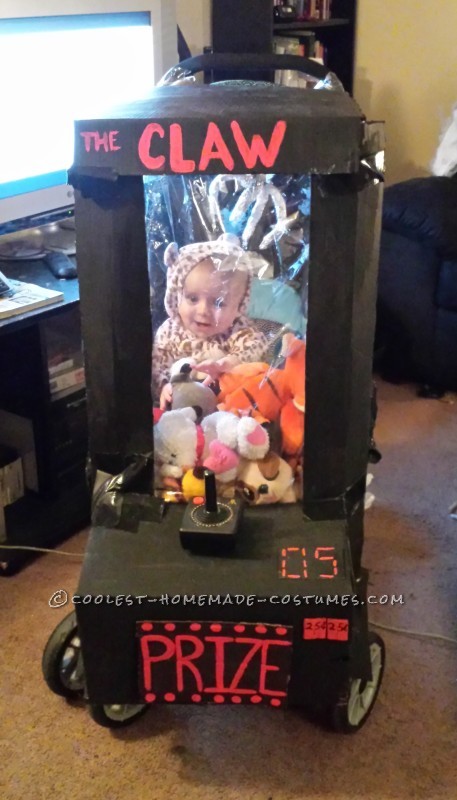 I had the idea to make a costume for my daughter based around my daughter’s stroller rather than having to carry her around all night, but I wanted something I had never seen before and I kept brainstorming and came up with absolutely nothing. The idea for her costume actually came to me when I … Read more 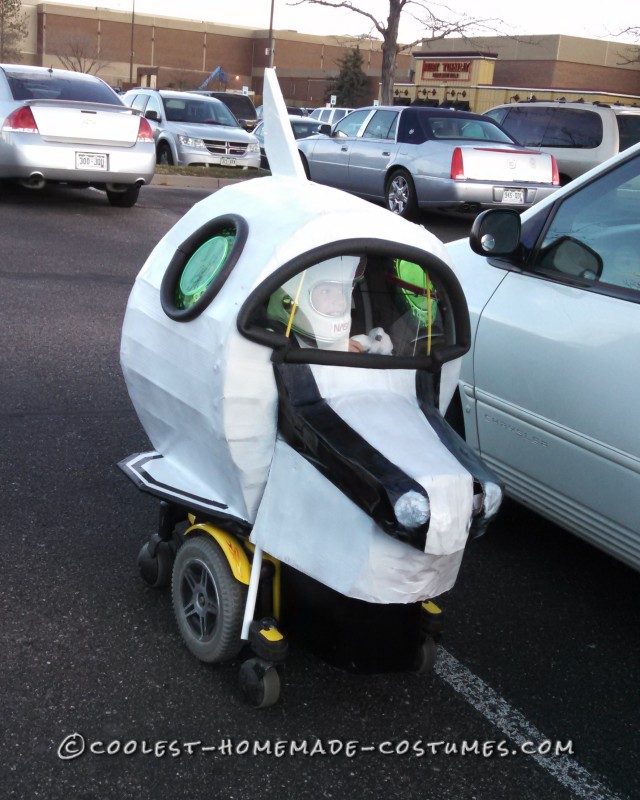 My ten year old son Cyrus was born with cerebral palsy. Three years ago I thought it would be great fun and bring lots of joy to incorporate his wheelchair as part of his costume. This year he choose to be an astronaut. Naturally I was excited to created his rocket ship. My dad and … Read more 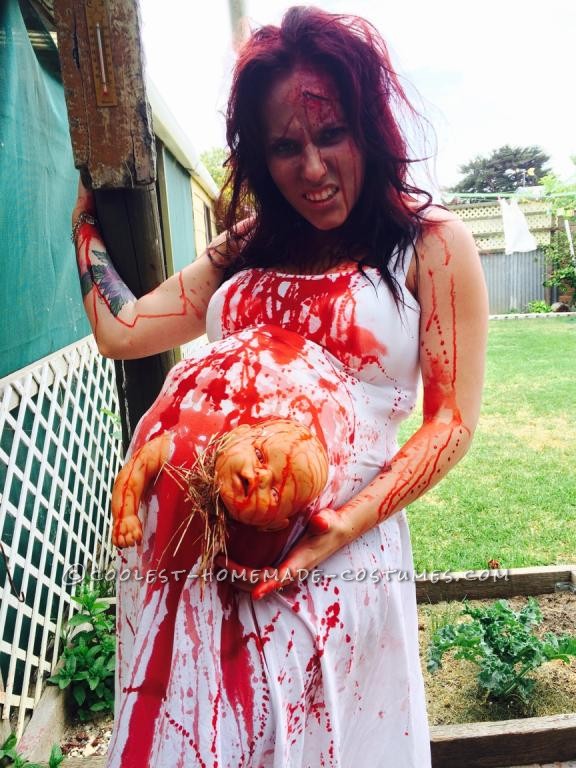 I’m going to start by telling you that this home made halloween costume was the cheapest one I have made yet and by far the scariest. I was searching everywhere for ideas but my main source was the magical “Google” haha. After I found the idea that I wanted I was eager to go one … Read more 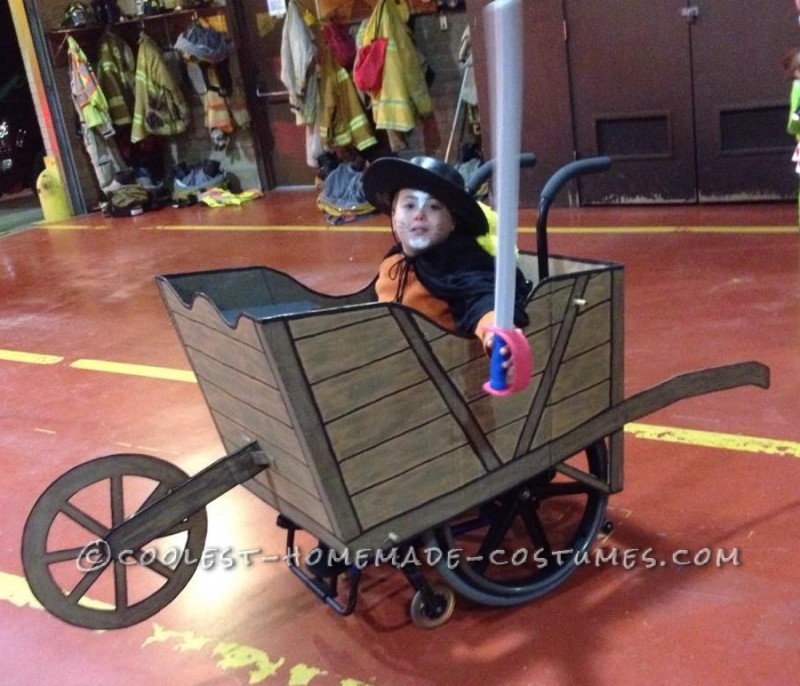 My 8 year old son William happened to have a 3rd grade book project due a few days after Halloween and since he chose the fairytale “Puss in Boots,” we decided to incorporate it in this year’s wheelchair costume. I started off by getting three-four large pieces of cardboard from the grocery store. The first step is to find the … Read more 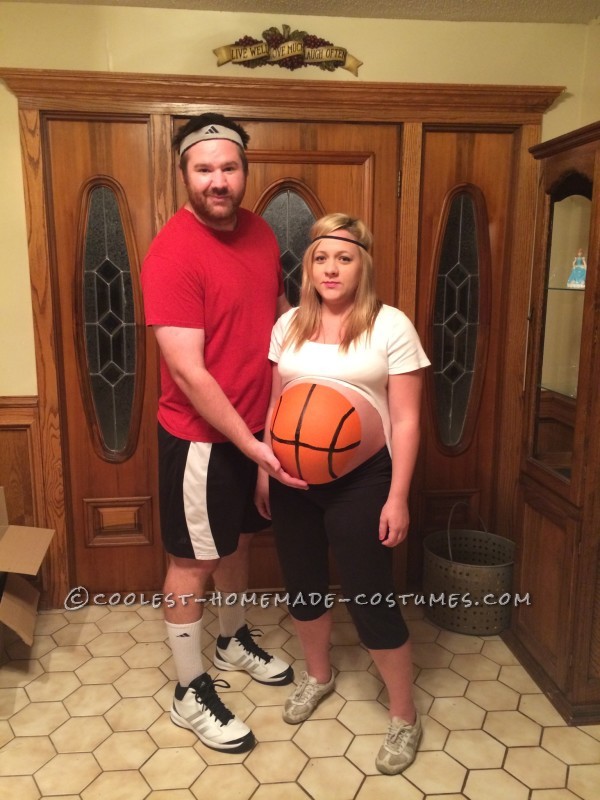 I actually painted the ball on my belly myself using the bathroom mirror. I made sure to paint over the stretch marks I have gotten. This is our first pregnancy. I am 38 weeks pregnant in the picture. We don’t know the gender, we are keeping it a surprise so we just say “We are … Read more 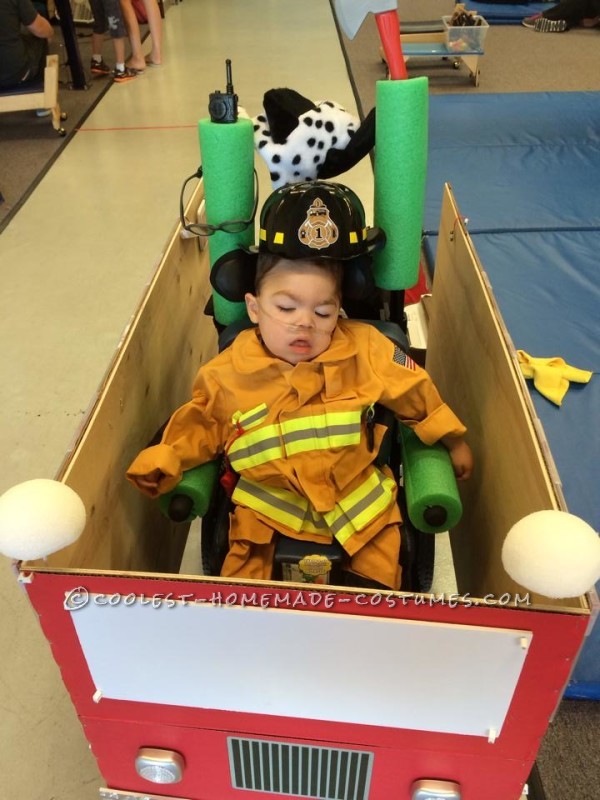 This year was the first year that my two year old son was going to go trick or treating and in a wheelchair. I had not decided what he was going to be until one day my husband came home with a fireman costume from Costco.  I agreed to the costume under one condition, that … Read more 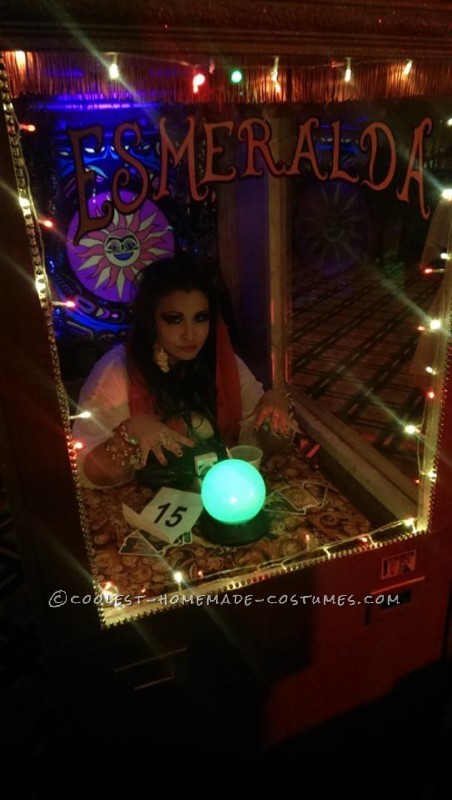 I went as the fortune teller Esmeralda. My inspiration came from Zoltar in the movie Big. My boyfriend Kevin constructed the frame and box out of wood I purchased at a hardware store. I wanted it sturdy because it had to go over my wheelchair. We used big pieces of plywood and different sizes of … Read more 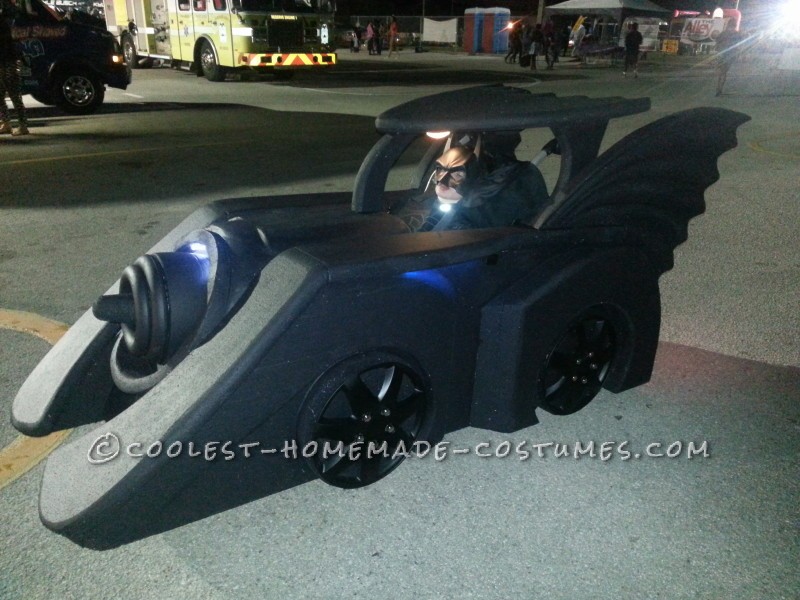 This year Connor went as Batman and the Batmobile.  Daddy again had to start with the foam outline to make sure all brackets will lay on the right spots of the wheelchair/stroller to support it.  We use standard sheets of foam core.  The first layer is always the outline layer and bottom structure of the design … Read more 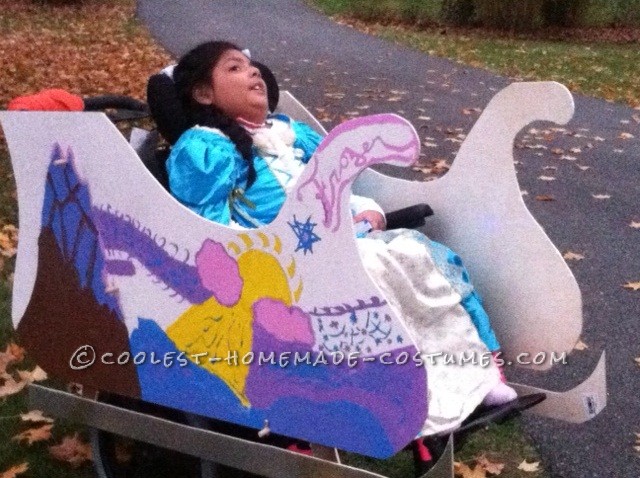 Like most 9-year-old girls, my daughter is somewhat obsessed with the movie “Frozen.” Early on, she decided she wanted to be Elsa for Halloween. Since Dalia is confined to a wheelchair, we challenged ourselves to turn her wheelchair into a winter sleigh as part of her costume. My husband cut the sides of the sleigh … Read more 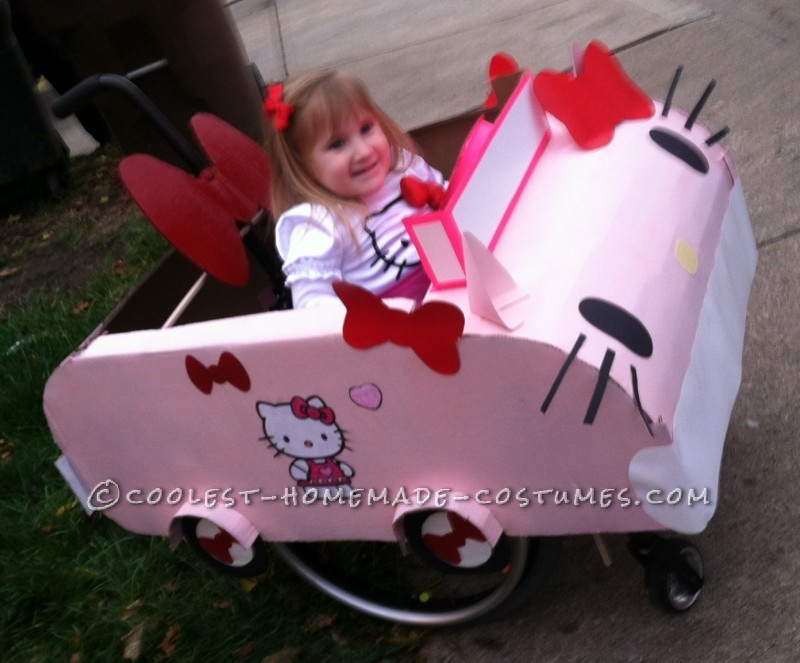 Kinley is 3 years old and uses a wheelchair and we wanted to make her a cool costume that she could have fun in. We were inspired to do this project after seeing other amazing wheelchair costumes from fellow special needs families and seeing how it just lights these kids up. She picked a Hello … Read more 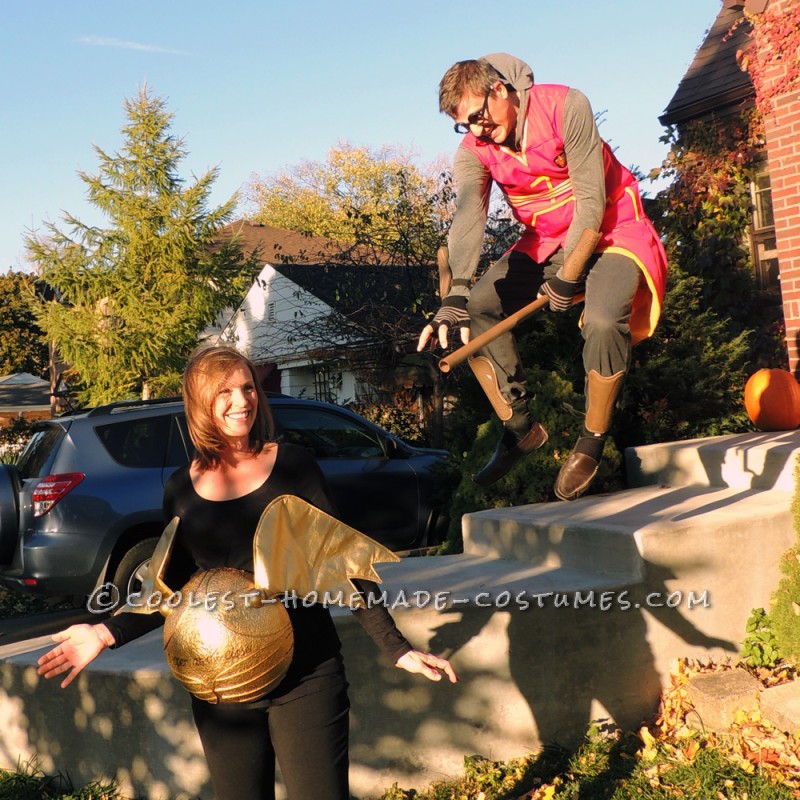 Last year, my wife decided she wanted to be a surrogate for another couple, little did we know that on top of the fantastic journey it’s been, we would end up with an incredible costume for Halloween. We’re both huge Harry Potter nerds, so when she came up with the idea to use her pregnant … Read more 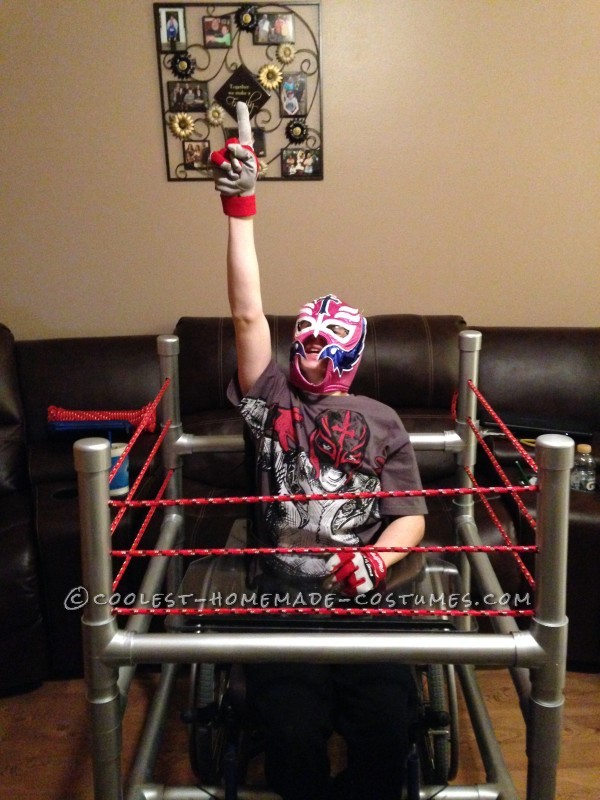 My son Christoffer is twelve years old. He is a huge wrestling fan. A family friend got him a mask like the one worn by a wrestler named Rey Mysterio while on vacation in Mexico. He wears it around the house a lot and said that he wanted to wear it for Halloween. As you can … Read more 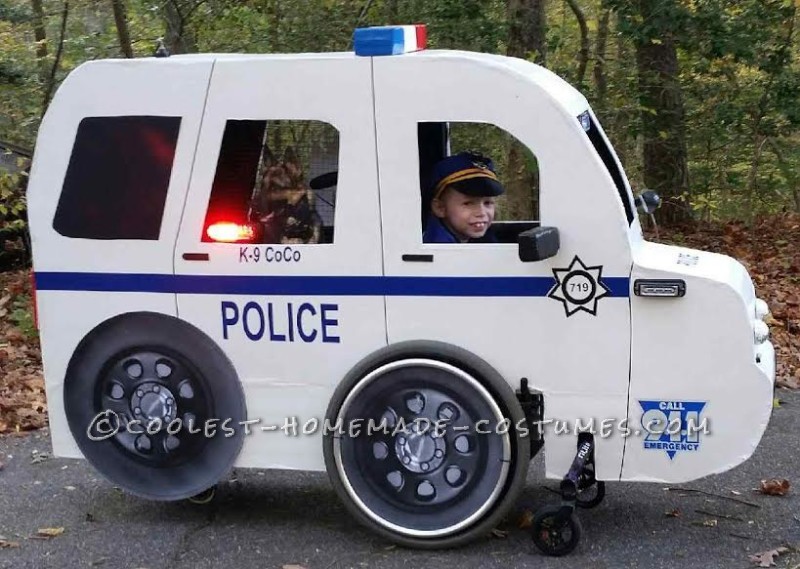 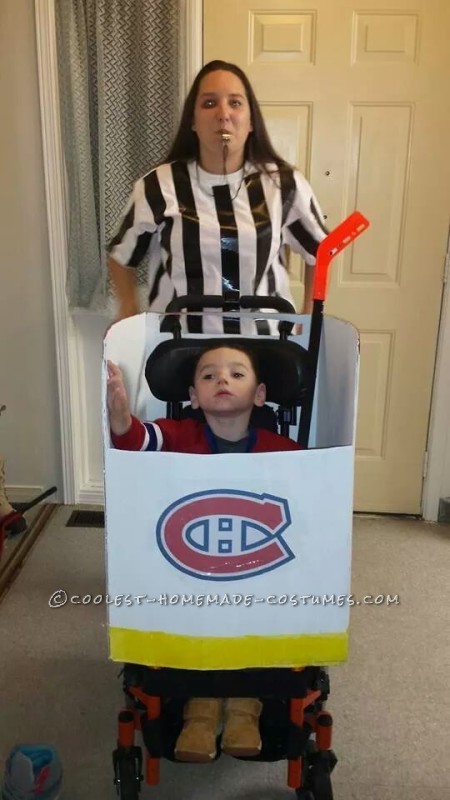 My son is in a wheelchair and with all the straps and pieces we have been having a hard time through out the years finding a costume. It is very difficult as he won’t wear a hat or a mask no face paint and can’t have anything big and bulky. We are big hockey fans … Read more