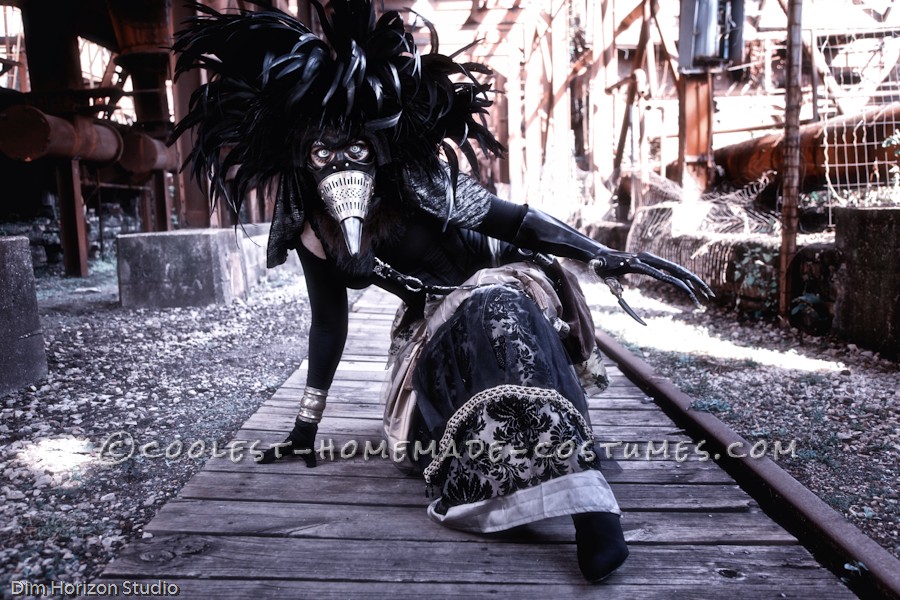 The Steampunk Bird Woman, Miss Ava Fortune, was crafted from re-purposed cast-off materials. Miss Ava Fortune was a former high wire artist who sought the help of a disreputable doctor to employ the use of genetics to imbue her with bird-like traits that would enhance her performances. Alas, the experimental treatments only left her disfigured … Read more 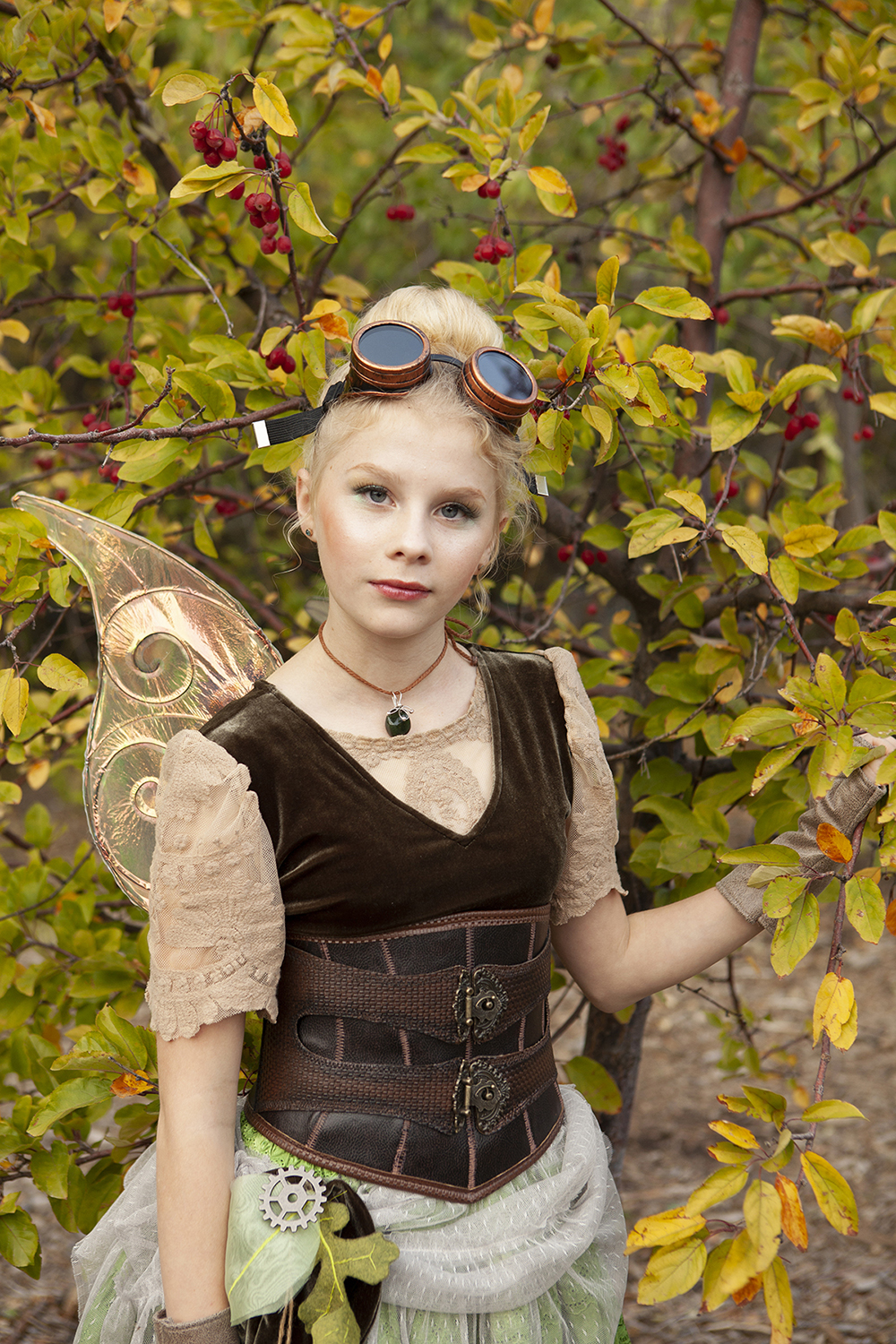 Here’s how our Tinkerbell Steampunk costume came to life. Every year towards the end of August I ask my three daughters what they would like to dress up as. Then we spend much of the month of September planning and creating. This year my thirteen year old had trouble deciding on her costume. She knew … Read more 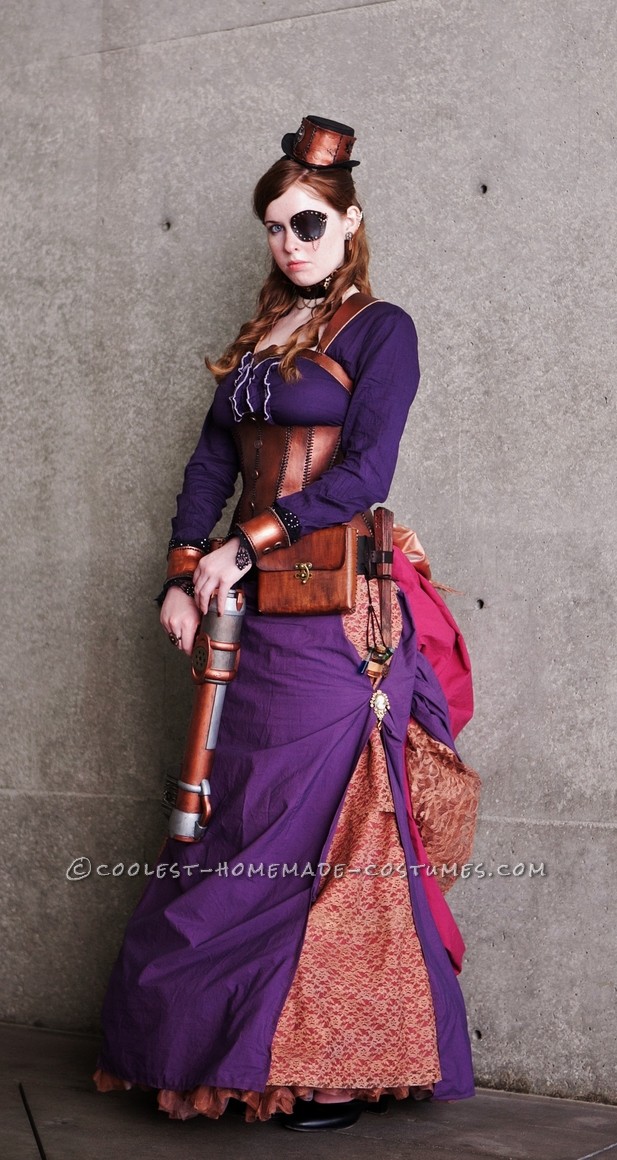 I love Steampunk and I wanted an original Steampunk Assassin Halloween Costume that would be elaborate, but fun to make. I have listed here every item and how it was made by order of completion. Copper Spinning Gear ring: Description- A copper ring which has a cog that spins on top of a base gear. … Read more 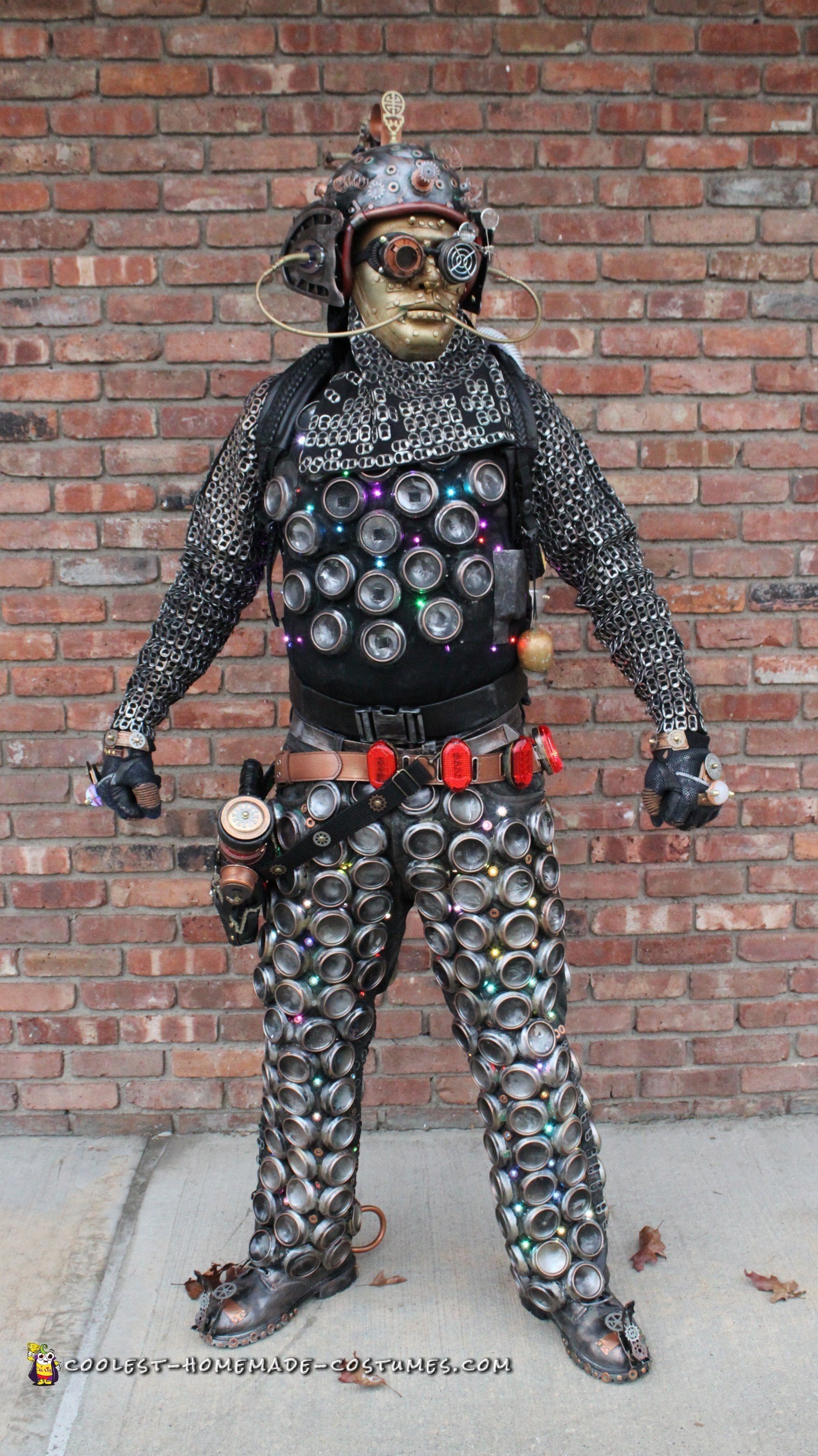 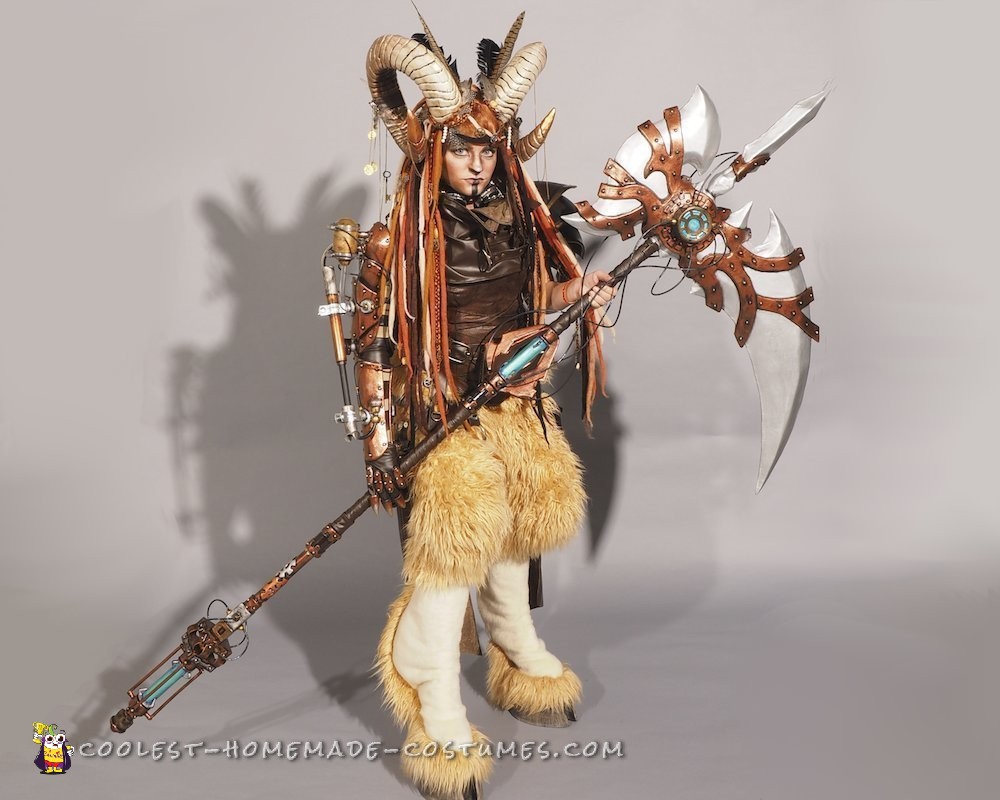 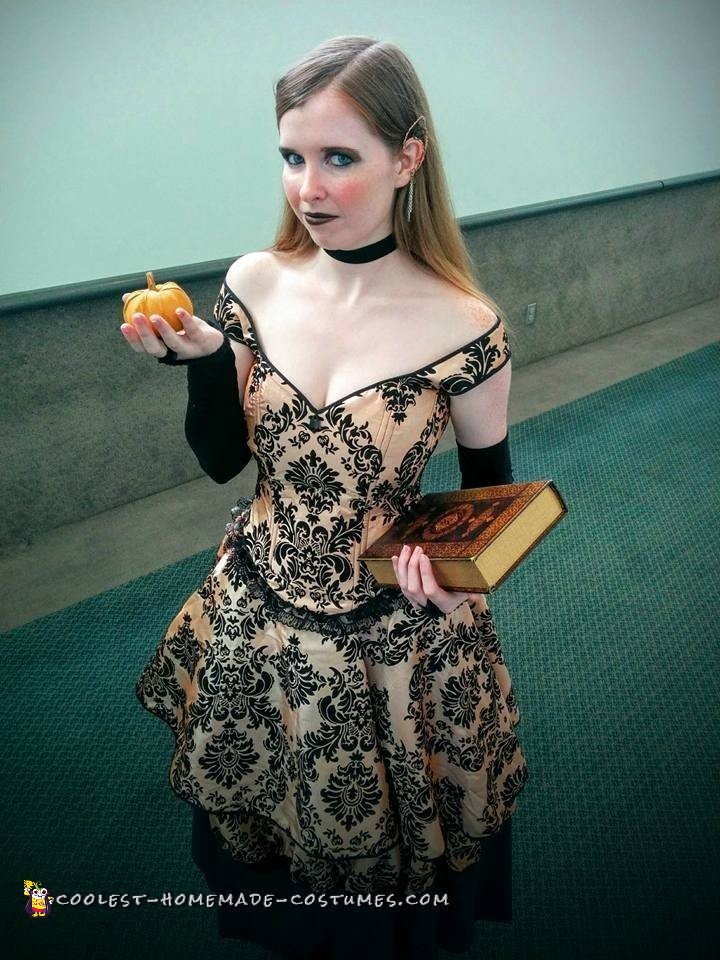 Pumpkin Queen is an original costume design created for Halloween. She is a villainess who will do ANYTHING (even kill) to stop premature Christmas decorating. I have been planning this costume for over a year. The costume and jewelry are steampunk inspired and completely handmade and designed by myself. I began this Steampunk inspired Pumpkin Queen … Read more 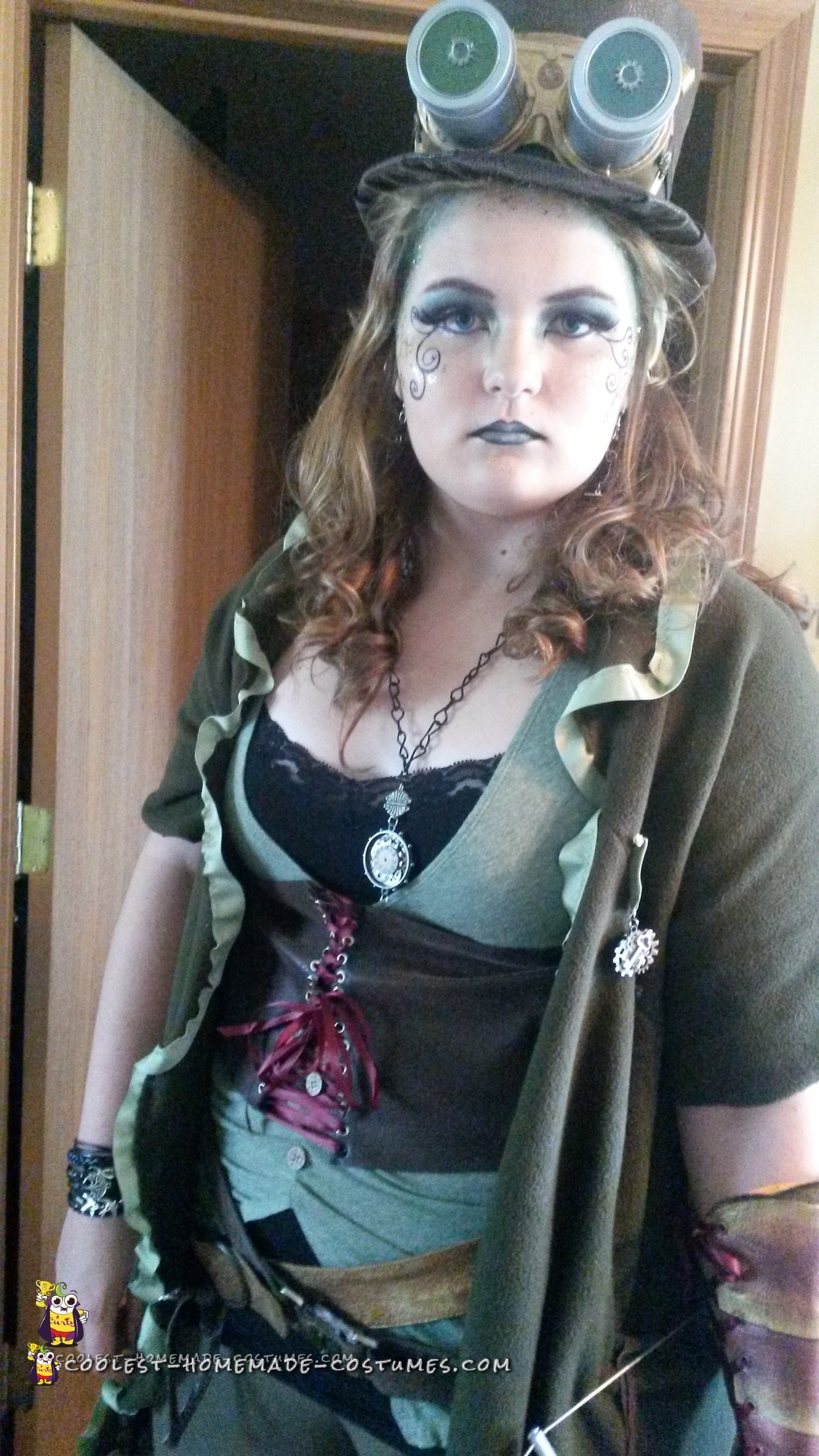 My 13 year old daughter is 5’10” and still growing.  We decided we were going to attend the first ComicCon to come to our town.  She wanted to be a woodland elf, like in Lord of the Rings and The Hobbit.  As we started working on her costume, though, she decided that adding a steampunk … Read more 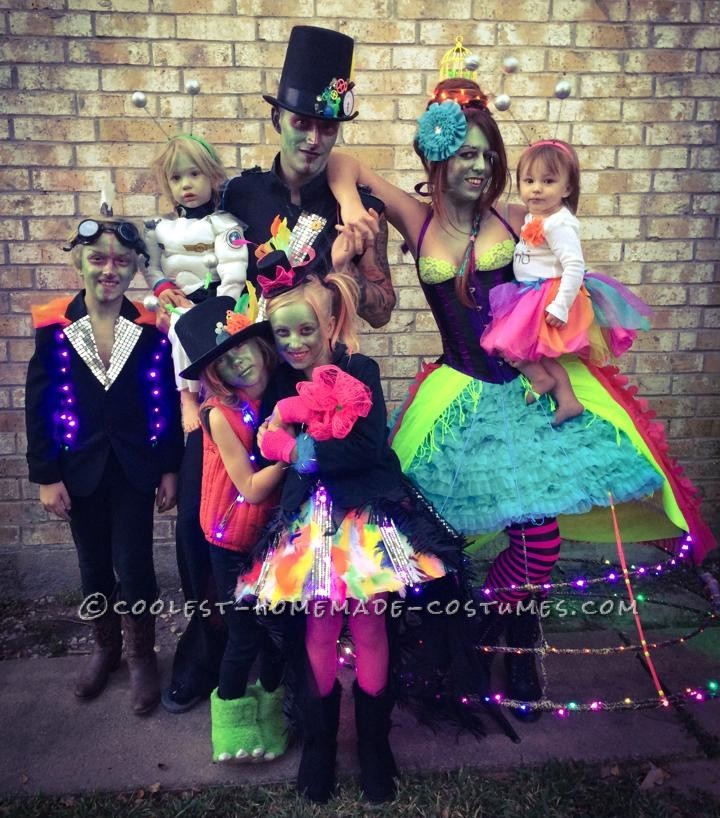 I have five children. And with that statement comes the fact that Halloween is a HUGE deal at my house. Especially since I’m a clothing designer and my kids are all eight and under, so they take the opportunity to really test my skills. Originally, when my kids asked if they could all go as … Read more 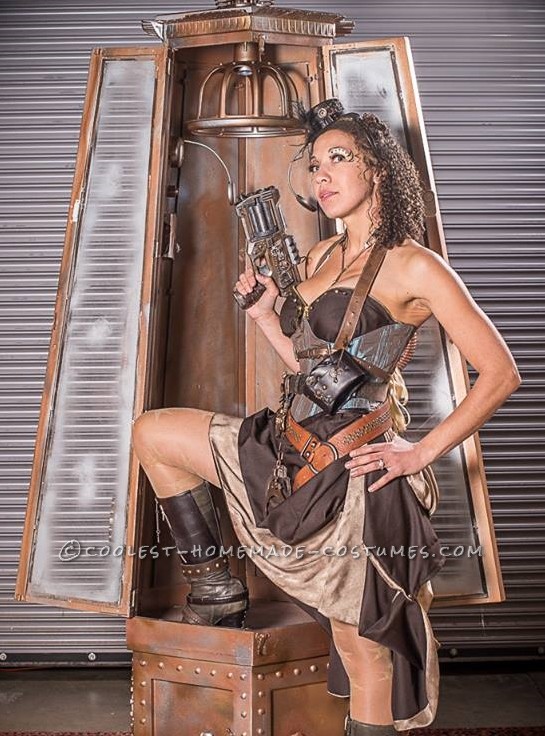 I discovered steampunk in the Summer of 2013. I was instantly sucked in and decided to completely change my plans for Halloween just so I could carry an awesome steampunk gun. I settled on a steampunk sheriff costume. The Costume I purchased about $200 worth of rich fabrics and went all out stitching this creation … Read more 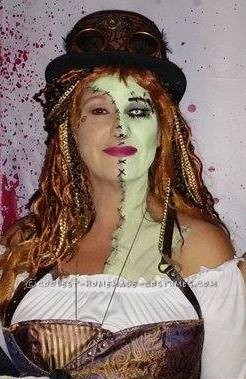 I made everything for this costume except for the Corset. The skirt is a modge podge of fabrics I had in my stock pile the white underskirt is all hand sewn. The Hat is embellished with Gears, Cogs, Fabric, Ribbons Bows skulls and a pair of goggles all items are made by me. My shoes … Read more 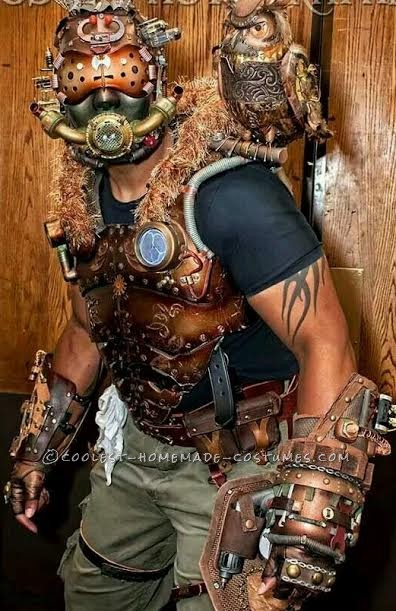 Krank Shaft the Steampunk Engineer with Achimedes the Owl Hello my name is Charles and I’m a Steampunk artist, I have created my own original character. Ever since i was a young boy i loved to make things from model planes to LEGO. Once I heard what Steampunk was, I knew it was me from … Read more