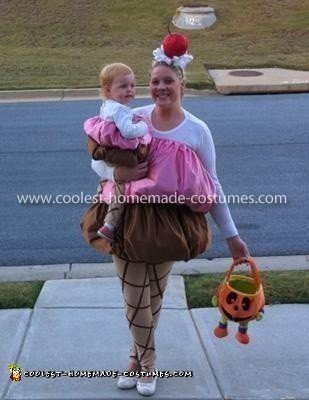 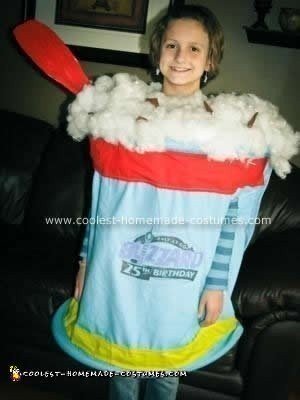 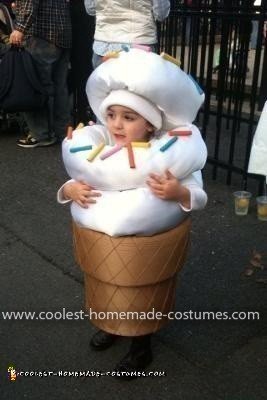 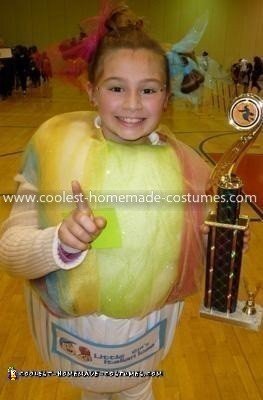 Ice’ is an upside down laundry basket from the dollar store, with bottom cut for head and 2 arm holes cut away. Wrapped some batting to ‘fluff’, then wrapped sparkle tulle round and round in 4 colors to make rainbow ice. Bottom is a rubber toy bin with bottom cut out. It has white vinyl … Read more 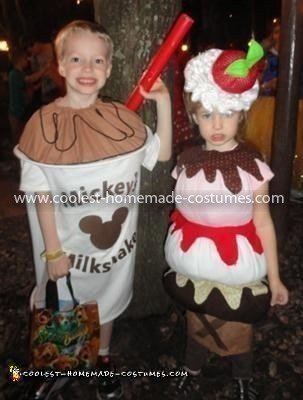 To spend Halloween at Disneyworld this year, I needed costumes that were easy to pack. I found the Triple Dip costume pattern on Better Homes & Gardens Magazine’s website. I used T-shirt knit for the scoops, 100% cotton for the sugar cone skirt and syrups, white satin ribbon for the whipped cream and sequined fabric … Read more 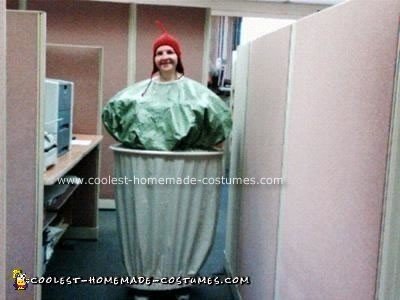 The ice cream scoop that makes up the top of this Ice Cream Cone Costume started out as a round vinyl tablecover (with flannel backing). I chose light green so that it would look like mint chocolate chip. I cut a round hole in the center, just large enough to fit my head through and … Read more 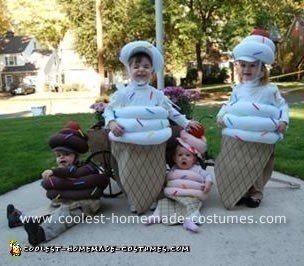 These ice cream cone costumes were made through instructions on FamilyFun, a great crafting magazine. You use stuffed womens/girls stockings for the swirl of the ice cream. Glued to the bottom of that was a circle of foam as a belt, which I duct taped together and made suspenders to hold it up. The ice … Read more 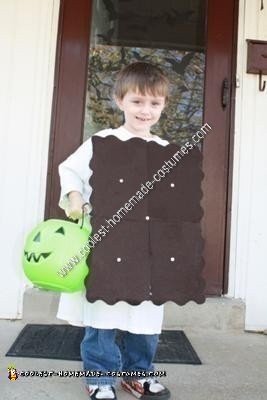 My grandson wanted to be an ice cream sandwic (okay, so he is a little different). I bought 2 styrofoam rectangles and glued brown felt squares to one side of each piece of styrofoam. I inserted white thumb tacks to represent the little holes in an ice cream sandwich. I used adhesive velcro to hold … Read more 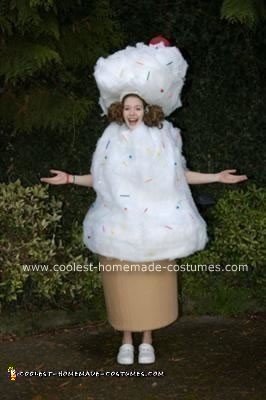 MMM. I love ice-cream, don’t you? What could be better then than becoming an ice-cream cone? Materials: -Garbage can -Candies or other brightly colored small objects -A red ball or other item that resembles a cherry -Batting -A hat to build off of Start with the garbage can. All you need is brown colored fabric … Read more 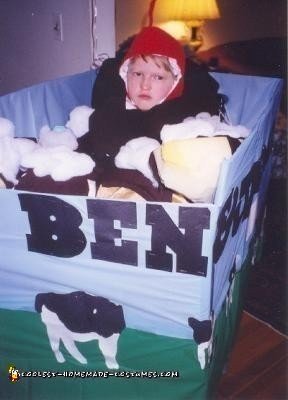 The college where Grandma worked got all new Gateway computers and Grandma wondered if we could use the cool cow motif boxes for Halloween somehow. That got us thinking… Years ago we read a suggestion in Exceptional Parent magazine to incorporate the wheelchair into the Halloween costume. Obviously, we needed to figure something with cows … Read more