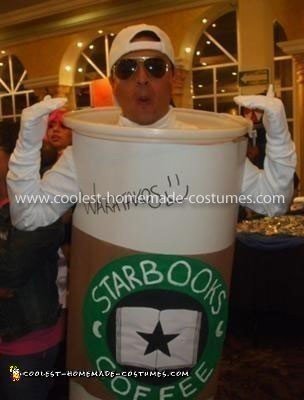 Costume coffee cup original inspired by the brand “Starbucks”. In this case it is a new brand called “Starbooks coffee” made for a performance partcipar Wakatake group of cosplay. This Starbucks Cup Costume is made primarily from cardboard, glue and paint. 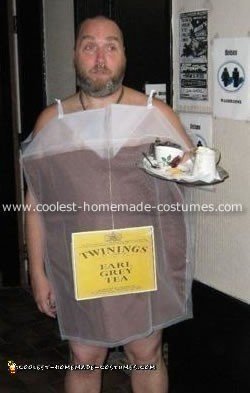 I saw the idea for a tea bag costume on this web site. A friend made it for me for Under $20.00 with crinoline and brown fabric for the tea (leaves eventually will rot and stink). I was the hit of the Halloween Social 2008. I went to a second hand store and got the … Read more 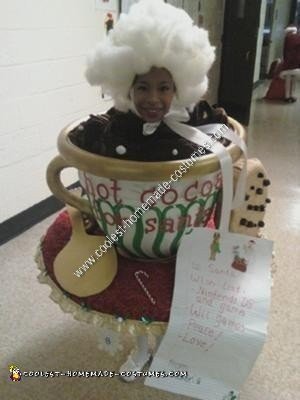 My granddaughter was competing in a Christmas Pageant and needed a Christmas costume. I had a homemade Hot Cocoa for Santa Halloween costume idea. It was a hit and she won Grand Supreme!! I took a big plastic planter cut the bottom off, painted it and decorated it. Molded the handle out of that light … Read more

I came up with this idea for cheap Halloween costumes a couple days before a Halloween party. It was perfect for me because all of my friends know how much I love Dunkin Donuts coffee. It turned out to be a hit at the party. I created the costume with a quilting ring foam board, … Read more