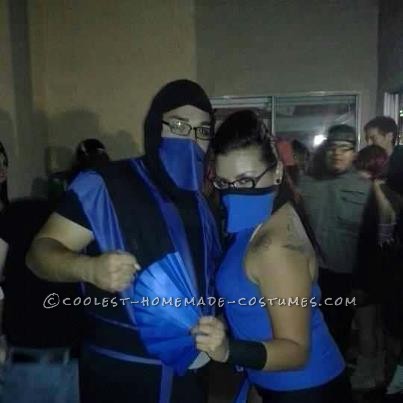 My boyfriend and I LOVE Mortal Kombat so it was easy to decide what to be for Halloween, Sub Zero and Kitana Costumes. Sub Zero was easy despite the fact that I had to sew it by hand (my sewing machine was broken). I bought 4 yards of blue stretchy fabric and 3 yards of … Read more 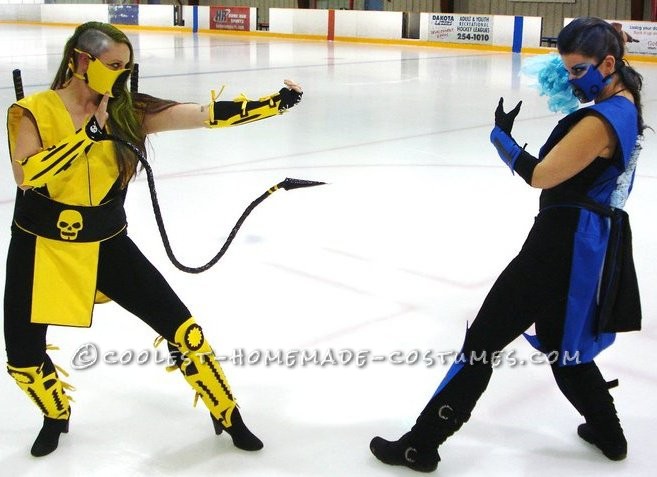 One of my best friends and I decided that we needed to do something really cool for Halloween last year, so we poured over several different ideas for group costumes, and finally decided on Mortal Kombat, Scorpion VS. Subzero Costumes.  We went to the fabric store and picked up some blue, yellow and black Halloween … Read more 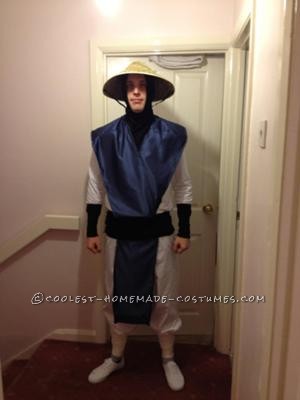 This is my attempt at making a Raiden from Mortal Kombat costume. The sash was made from material I bought from Abakhan. I measured from my knees over my shoulders and down to my knees at the back then bought that length of material about a meter wide. I cut it into two strips then … Read more 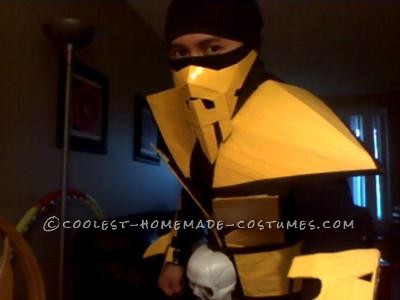 This is my version of the Scorpion From Mortal Kombat Costume. The materials I used are as follows: -rice bag -card board -yellow and black duct tape -a yellow rope -a skull from dollar store -a t-shirt (black) -black pants -Velcro and with a little imagination I managed to complete it! Here’s a video: http://youtu.be/bLeqwF5D-nE 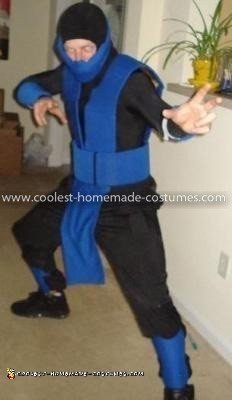 This Homemade Mortal Kombat Sub Zero Costume was made with blue fabric, shin guards, a paintball mask and cardboard. Throw in some white out contacts and shoes that light up blue and you are all set! 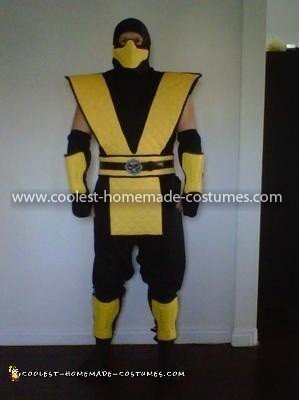 This is my take on the original Scorpion Costume from the popular fighting game Mortal Kombat. I had been looking for a version of the original costume all over Southern California and no costume stores carry the adult version. The yellow tunic and belt were sewn from quilted yellow fabric and the borders are black … Read more 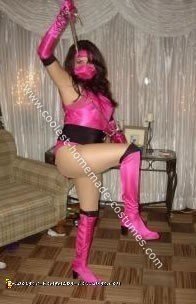 I made the bodysuit of this Mortal Combat costume using a full swimsuit pattern with pink fabric. Then just sewed some black stretchy fabric and put as belt and attached to pink bought gloves. The mask was just a painter’s mask covered and hot glues some extra pink fabric. The boots I made some socks/knee … Read more 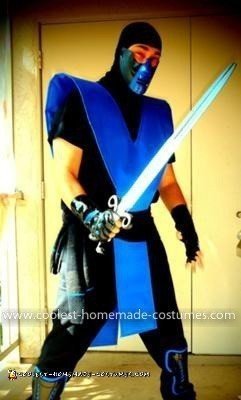 I made this Homemade Mortal Kombat Sub Zero Costume over a period of a couple months, utilizing Ebay and Amazon to order the various parts. The tabards were made out of canvas fabric and sewn with a sewing machine. The armor is made of soccer shin guards that I painted with the same blue color … Read more 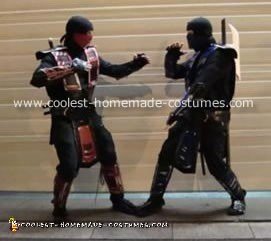 I envisioned Ninja suits made all of duct tape. After downloading numerous photos of Ninjas online, the project took on a life of it’s own. The Mortal Combat Halloween costumes were prepared over a two-month period. The costumes are based upon the Mortal Combat franchise, but they are custom (ie, you won’t find them in … Read more

I was planning on celebrating Halloween with a girl that planned on dressing as Mileena from Mortal Kombat, but was frustrated by the lack of any good pre-made Scorpion Costumes. I decided to take matters into my own hands and create my own Homemade Scorpion Costume. I actually found this website to see what other … Read more 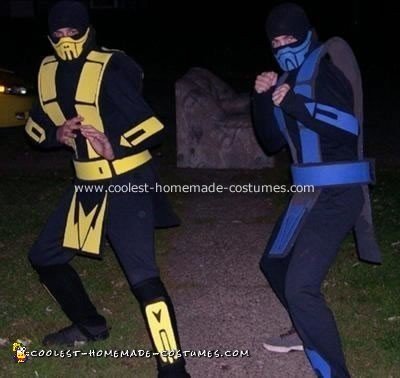 We made our Mortal Kombat costume starting from mainly scratch. We really liked Mortal Kombat and wanted to be Scorpion and Sub-Zero for Halloween, but we couldn’t find any decent costumes. And when I was just looking on the internet I saw Julio’s submission, from California. Thank you so much, I loved the plans and … Read more 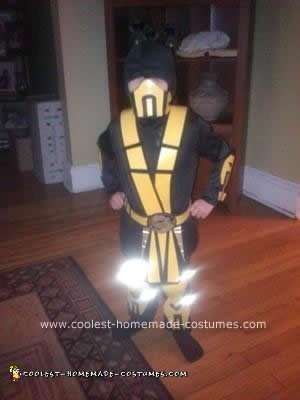