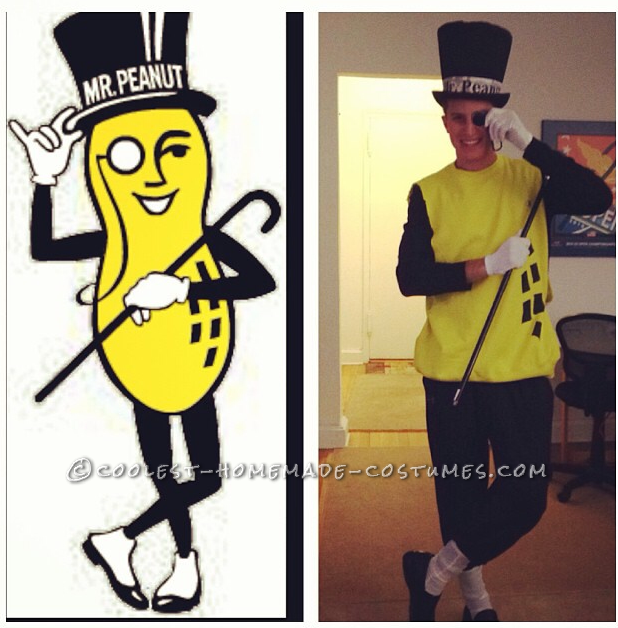 Halloween is one of my favorite holidays. Every year I have my costume planned out days in advance. For some reason, this year inspiration failed to strike me. I kept figuring that I would think of something. Fast forward to 7pm on Halloween. I’m at the gym and am wracking my brain trying to think … Read more 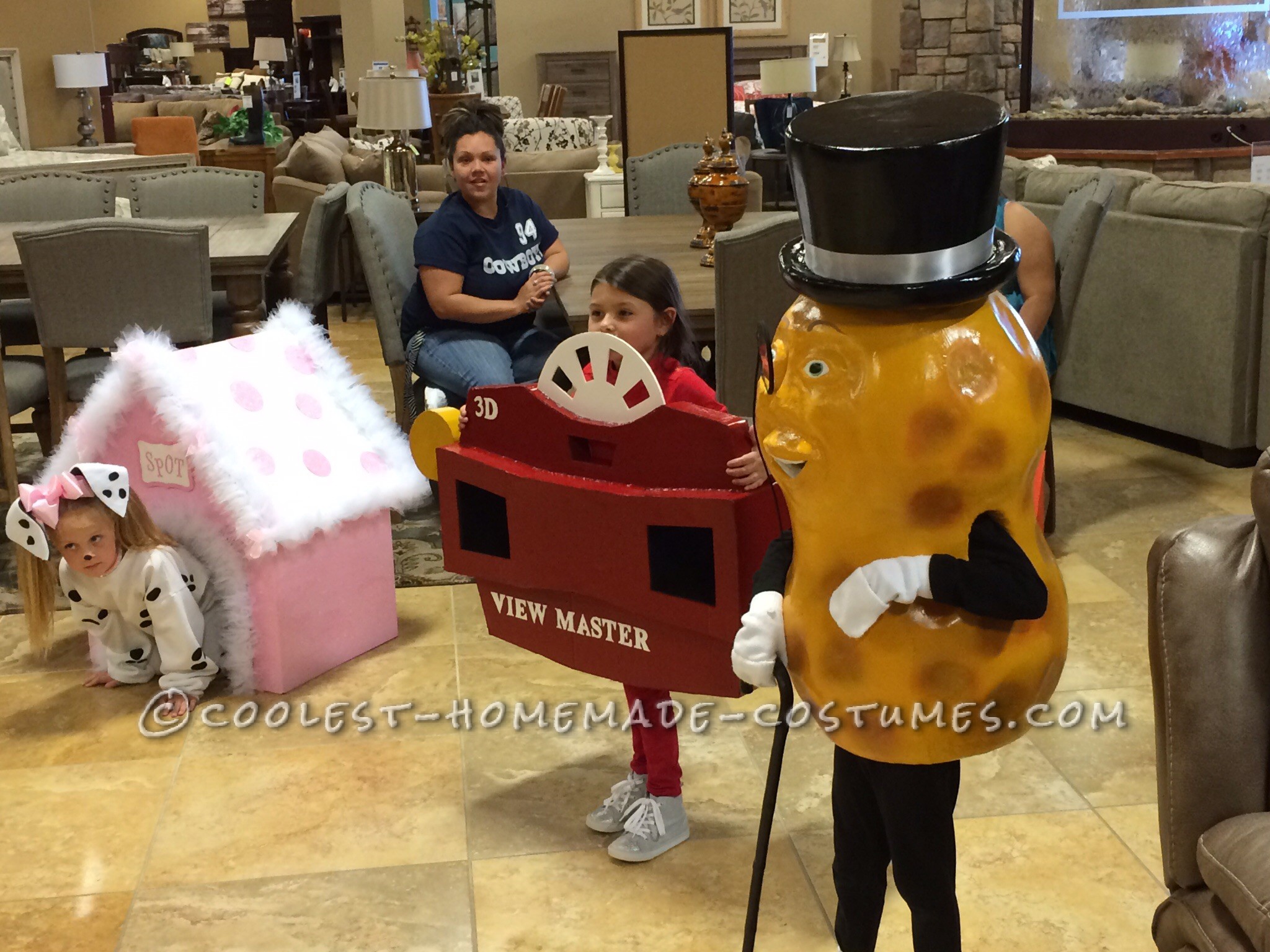 We started with the idea from last years thanksgiving NewYork parade.  I went down to the near homedepot and got a sheet of foam.  We cut out circles and staked and glued them together.  It took hours to sand the foam down to the shape of a peanut. We also made the hat out of … Read more

The idea for this costume came from looking at house hold items such as planter’s peanuts. I started with using garden fencing, wired it up in the correct shape. I paper mached it, painted it applied the face and lettering and I was done. The total time for making this costume was about 15 hours. … Read more 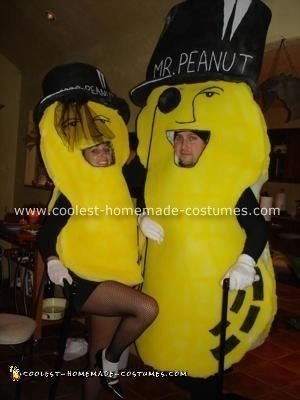 I like to make my own costumes out of bed foam…. and wanted something unique for my boyfriend and myself. So, I made up a “Mrs. Peanut” and of course Mr. Peanut.. Good luck with your own homemade costumes! 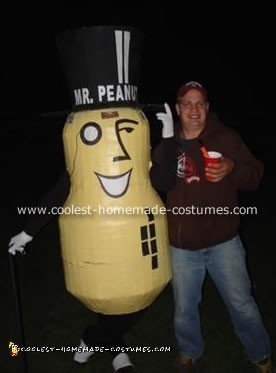 I originally got this idea from this site: https://www.coolest-homemade-costumes.com/peanut-costume.html but thought it could be done a little better and with more explanation. I started using garden wire for the frame. You can pick this up at any big box home improvement store. I used 4′ x 50′, and used probably 30′ worth. The costume is … Read more 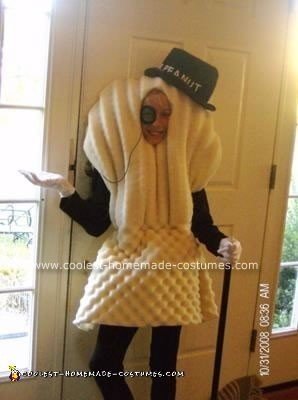 We got this idea for a Homemade Mr. Peanut Halloween Costume from an online source, but it didn’t have a picture, so I wanted to share our finished creation. We used a twin size “egg crate” mattress cover—the perfect color. I folded it in half, and cut a hole in the fold for my son’s … Read more 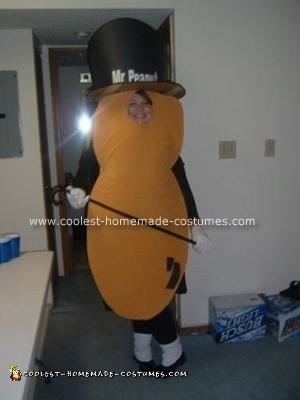 Every Halloween it is difficult to think of an original idea and homemade costumes are better than any costume you can buy in a store. SO this year I decided to make a Homemade Mister Peanut Halloween Costume and didn’t know where to begin. My friend Kristen and I went to Jo-Ann Fabrics and found … Read more 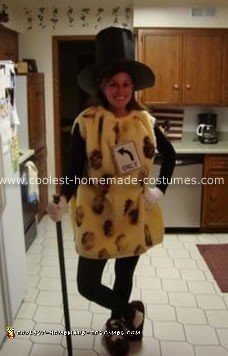 This Homemade Mister Peanut Halloween Costume was the funnest costume I ever created. In MN its cold during Halloween so I stayed nice and toasty! For the body I used faux wool material cut out in the shape of a peanut and gathered elastic through the bottom for the bubble effect. Next I sponge painted … Read more

I fist got the idea for Mr. Peanut from an episode of Seinfeld where George was describing some guy with a cane, a monocle and top hat and Jerry asks incredulously “Who is this guy, Mr. Peanut!?” I wanted to do the Homemade Mr. Peanut Costume for several years but kept forgetting at Halloween. But … Read more 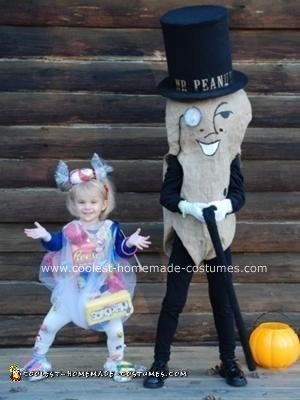 Mr. Peanut was made out of burlap pieces that had been starched and put on a form. The pieces were then glued together and armholes cut. The bottom of the costume was held together with Velcro so that my son could slide it on and off over his black shirt and black pants. I made … Read more 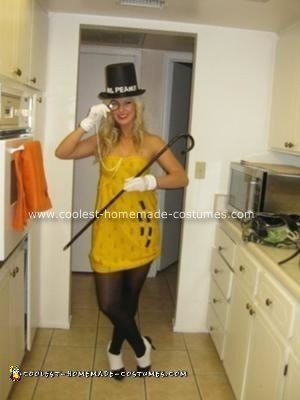 For my homemade Planter’s Mr. Peanut costume I sewed felt letters to a top hat, sponge-painted and sewed a yellow dress, constructed a monocle out of a magnifying glass and added some finishing touches. 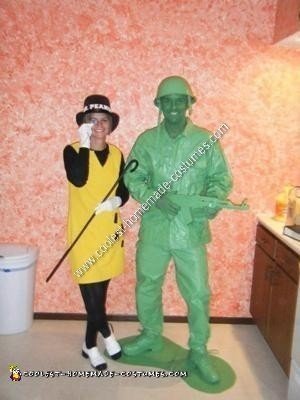 We always look for creative costumes that will amaze people. This year I went with Mr. Peanut, or I guess in my case, Mrs. Peanut. I started with basic black clothes underneath (long sleeve t-shirt and Cuddle Duds for bottoms). The dress is actually an old swimsuit cover up that I sprayed painted yellow, then … Read more