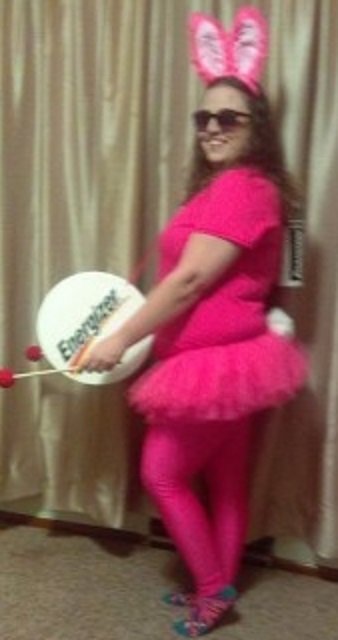 I wanted to do my very first DIY costume. So, I went online and googled DIY costumes and to my surprise your website popped up. I went and looked through the costumes people had posted and found the Energizer Bunny. I thought it was such a cute idea and it seemed pretty easy to make. … Read more 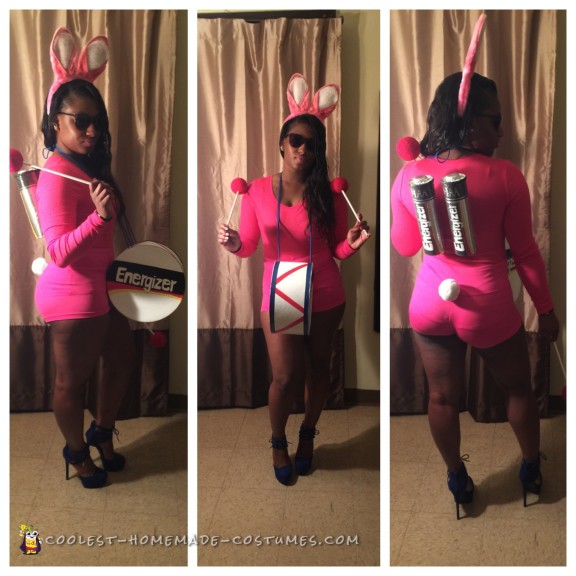 Ears/tail- with the ears I bought a bunny ear set with ears and tail together. I was only going to use the tail because my friend was suppose to make my ears but at the last min she told me she couldn’t. So I tried to do then my self and it was a complete … Read more 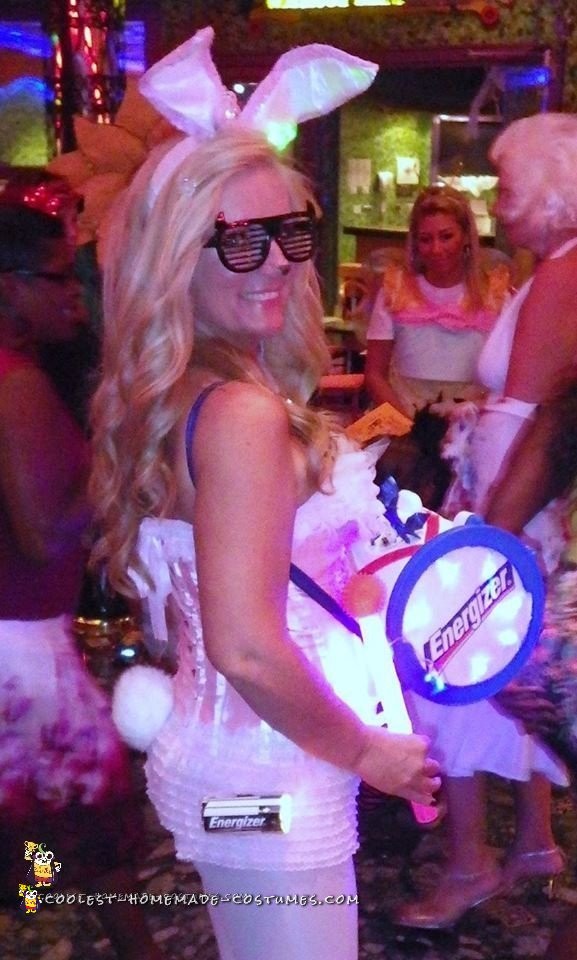 After checking out store bought costumes, I decided to be the Energizer Bunny!  Total cost was about $45. I wore this on a Halloween cruise and couldn’t walk more than a few feet before cruisers stopped me for photos.  I also ordered stickers and temporary tattoos from the Energizer website and handed them out to … Read more

Just keep going, going, going! This Energizer Bunny costume was a total hit this year at a Halloween party and was pretty easy to make! I had the shirt, shorts, tights, and flip flops already. I bought a bunny accessory kit for the ears and tail. All that was left was the drum and the … Read more 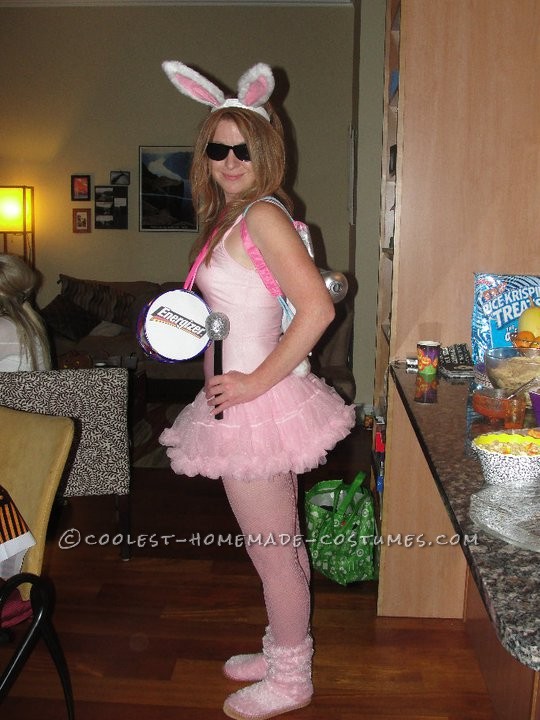 I wanted to do something that was recognizable, but different.   I was thinking I would be a bunny of some-sort, yet that seemed too ordinary.  The Energizer Bunny, now that was going to be something different. I bought the standard ear and puffy tail.  For my body part I bought a pink too-too with … Read more

I originally decided to make a homemade costume this year because I’m still too small to fit in a lot of the women’s costumes at Halloween stores. I got very disappointed at first but, decided I would do something homemade again. I immediately got home and Googled homemade costumes and happened to come across this … Read more 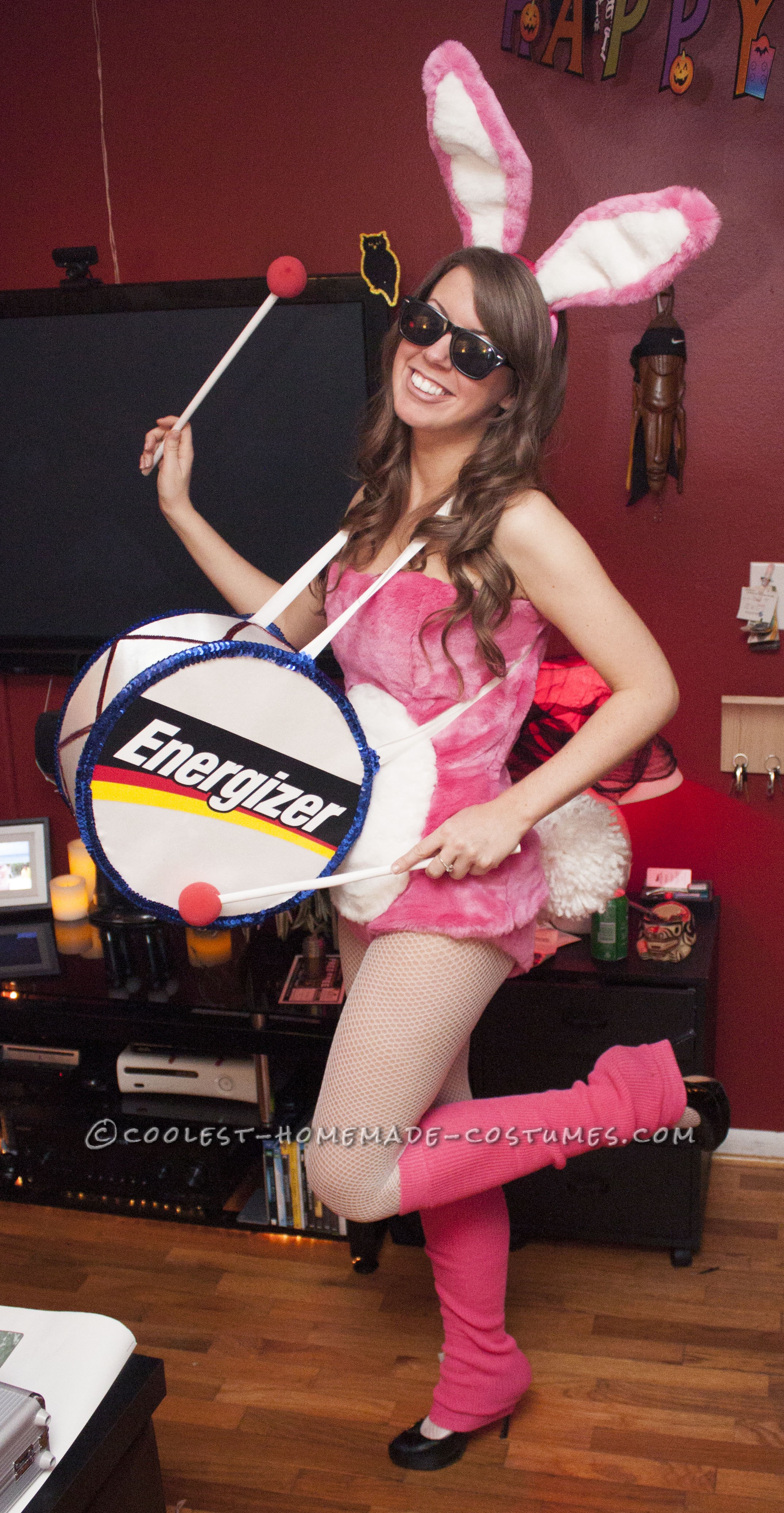 This year I decided to be the Energizer Bunny. My family and I have been fans of the character since the ’80s, and I knew it would be a really fun and less common costume. I usually try to go all out every year, but I’ve never gotten better reactions or had so much fun … Read more 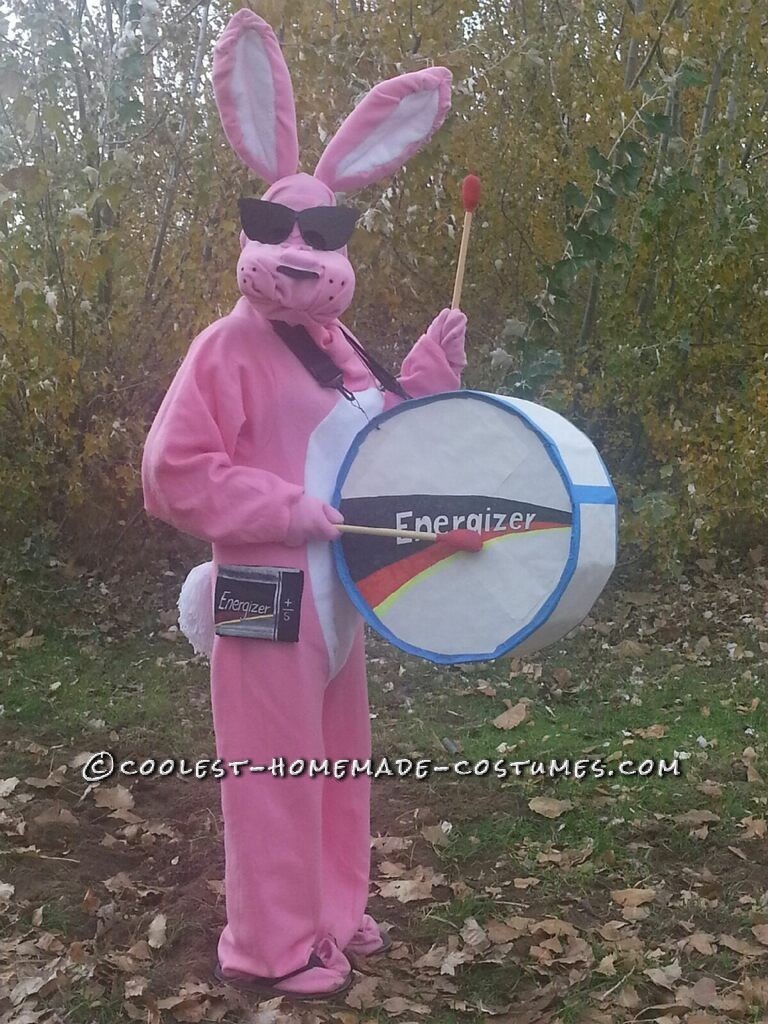 I look for any excuse to dress up! I do face painting, zombie makeup, and a variety of other art projects. My daughter’s friend who was watching me last Halloween, said, “Your mom is like the Energizer Bunny, Hey! that’s what she should be next year” So I did! People have been telling me to … Read more 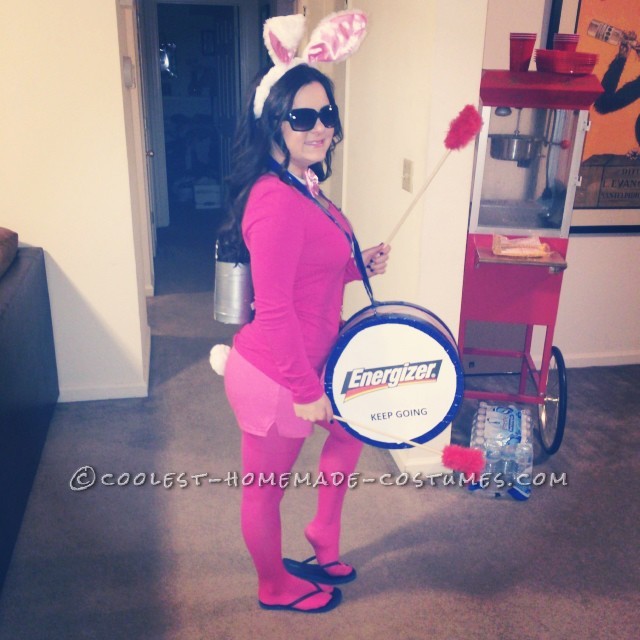 I found this cute costume Idea a while back on here and thought it was super cute and something I could do myself. It was a little more work then I had anticipated but it turned out great. I had my tights from a previous costume and also the cheer shorts. My plan was to … Read more

Every year I try to make a fun creative costume. Being a college student you want to stick out and have something different yet sexy at the same time! So this year I chose Energizer bunny! I saw one on Pinterest and thought it was a great idea so I recreated it and put my … Read more 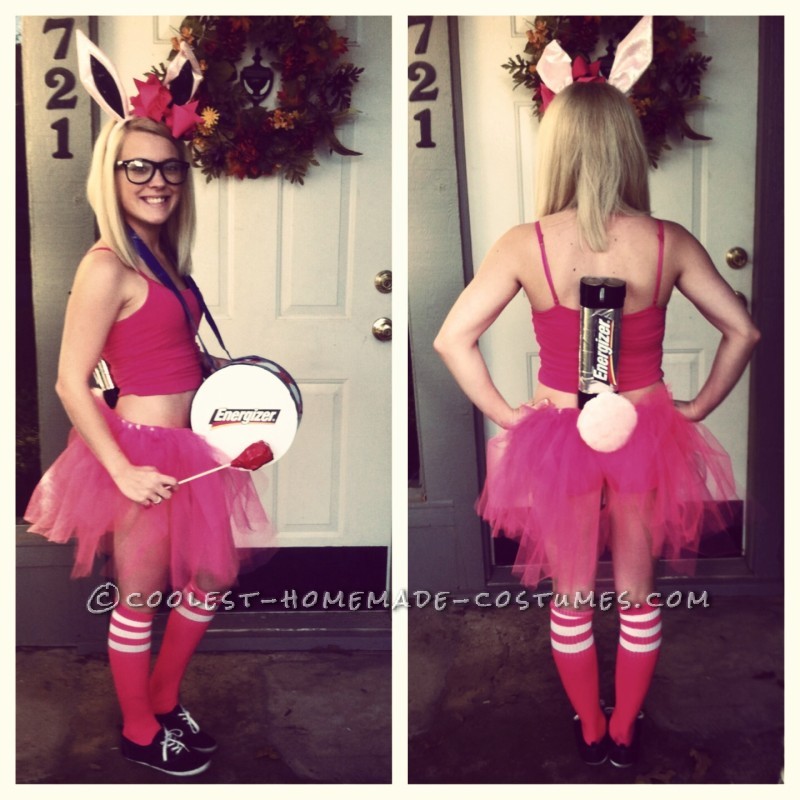 This year for halloween I knew I wanted to be original. Coming from a small town in Texas where everyone knows me, I knew in September I should start looking for creative costume ideas and that’s when I came across this website and saw a “Energizer Bunny.” Although the idea I saw was creative enough, … Read more

I have absolutely no crafting talents, and making this costume was so easy! The drum, which is the best part in my opinion, was really simple. I got one of those big popcorn tins that has three separate sections of popcorn from toys R us for $6. After making my roommates and myself eat all … Read more