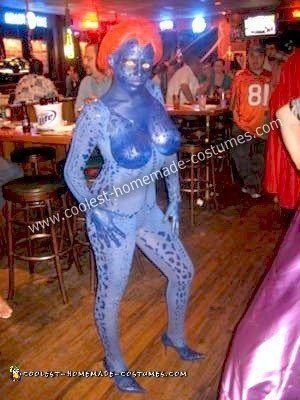 This homemade Mystique from X-Men costume took us about a week to complete. We went to different dance stores looking for a navy blue leotard but no one had one in the store; we ended up buying a beige one and dyed it navy blue. We used fabric paint to make Mystique’s skin pattern. Each … Read more 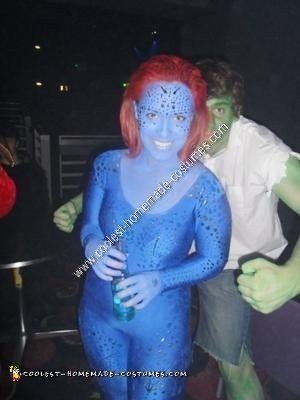 There was this costume competition at a night club and the theme was “comic book vs video game.” I had this idea to go as mystique from Marvel because I really like the homemade Mystique Halloween costume idea and that I didn’t think that anyone would think of it because of it being so hard … Read more 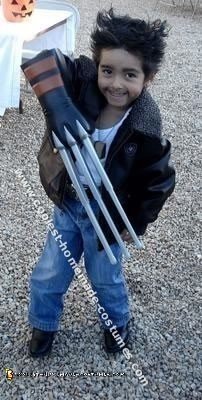 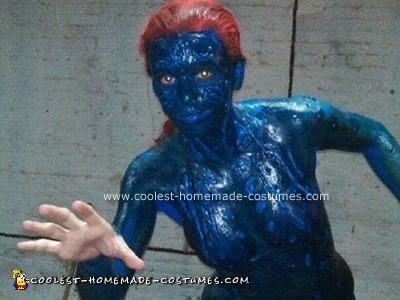 I get a phone call from an old friend and he says we need a Mystique costume in under 5 hours and we have latex paint and some clay. I replied “bring her over and we will give it a shot. Having never worked with latex I was excited at the opportunity. It also helped … Read more 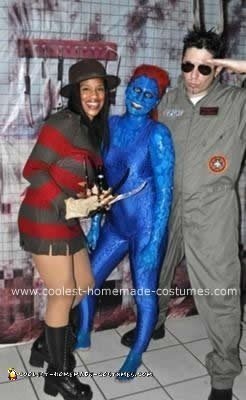 I decided I wanted to do something different this year…make a costume. I didn’t want just anything I can buy at the store so I started researching online. I wanted to go ALL OUT! I then found Mystique and I couldn’t get the idea out of my head! I knew however which way I would … Read more 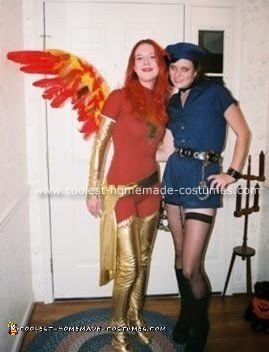 There are a lot of fictional characters that I love, a lot of characters who resonate with me, but none quite like Jean Grey of the X-Men. this is my Jean Grey from X-Men Costume. I have been making my own Halloween costumes for years and I always love the opportunity to spend time exploring … Read more