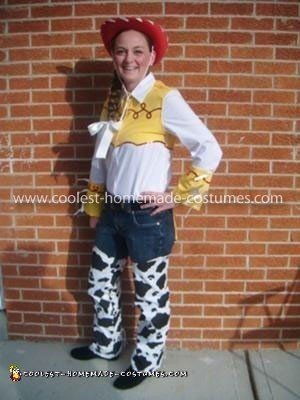 This Jessie from Toy Story Costume was my first homemade costume and I loved it! I decided to make this costume because our family was the “Toy Story” cast for Halloween and I was unhappy with the quality of the Adult Jessie costume that was available to purchase. For the shirt I bought a white … Read more

I saw a ‘pumpkin carving picture’ of Jessie and Woody from Toy Story this year as I was trying to find an idea to carve a watermelon. I planted my first garden this year but didn’t plant pumpkins so I decided to carve one of my watermelons. I carved Jessie from Toy Story which is … Read more 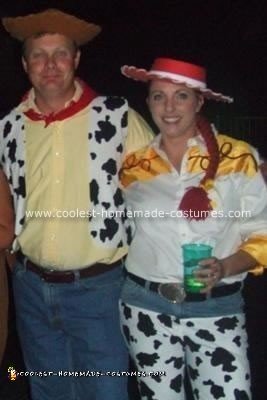 These are very easy Homemade Woody and Jesse from Toy Story Costumes. The beauty is in the details. We purchased the hats from Disney, but made everything else. Woody – Jeans and cowboy boots, yellow shirt, vest sewn from cow fabric, red bandanna, sheriff badge. Jesse – Jeans with cow fabric “chaps” sewn onto front. … Read more 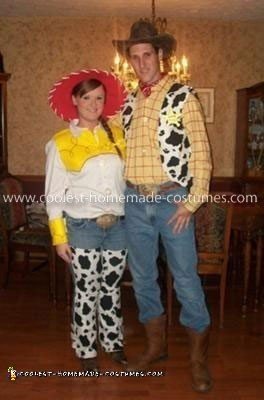 I found the Woody shirt and hat at a thrift store. I bought a red fabric marker and created the grid pattern on the yellow shirt. I made the vest out of cow fabric from a craft store, and hot-glued the same fabric on my jeans for Jessie’s chaps. I found a plain white button-up … Read more

For this homemade Jessie Halloween costume idea I started with a long sleeve shirt that I bought at Old Navy. – I took pattern paper and laid it on top of the shirt while it was unbuttoned and traced around the left and right side of the front of the shirt at the stitched seams. … Read more 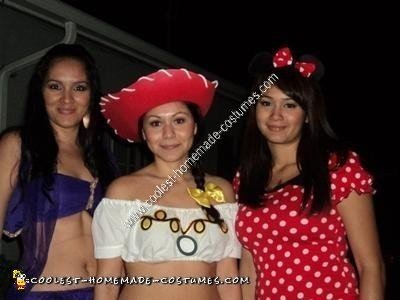 I had a homemade Jessie Halloween costume idea, but all the ones in the stores were too covered up and boring! So I decided to get a crop top and some old jean shorts that I had. I bought the accessories which included the hat, belt, 2 sleeve cuffs and the bow for the hair. … Read more 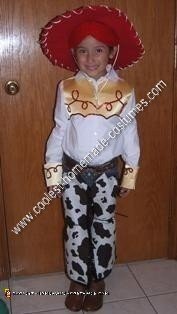 I love to make my daughter’s costume every year and this Halloween was no different. Although this Homemade Toy Story Jessie Child Halloween Costume Idea was not a unique costume idea it was however hands down the best two Jessie costumes out there. I made 1 for my daughter, Olivia, complete with red hat and … Read more