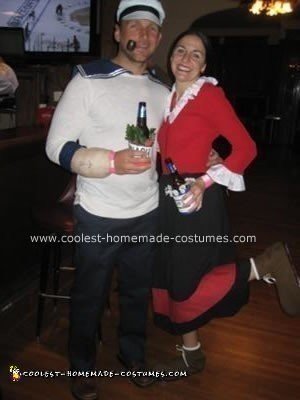 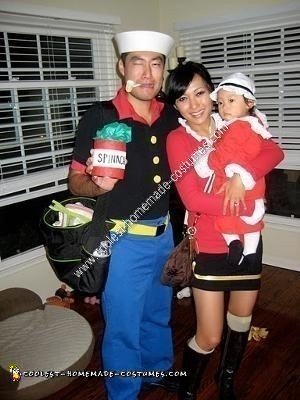 We wanted a family costume, so a Homemade Popeye, Olive Oyl and Sweet Pea Group Halloween Costume was it! Popeye (from head to toe): The sailor hat was a genuine one from the Army Surplus Store in Chino, CA. -$7 The corn cob pipe was made from an actual corn cob. After I picked the … Read more 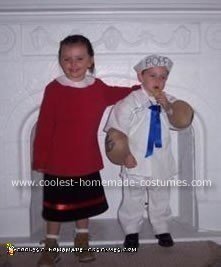 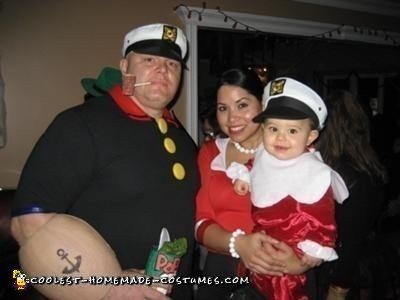 After our son was born this year, we wanted to do something as a family, an after looking at your site we found it was so interesting and a great help, we decided this Homemade Popeye, Olive Oyl and Sweet Pea Family Costume would be an easy and fun costumes to make. We first tried … Read more 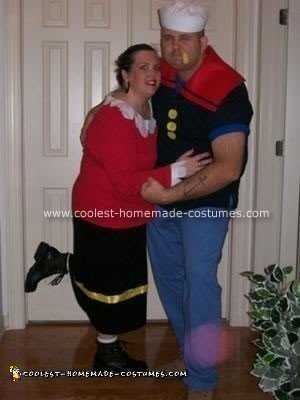 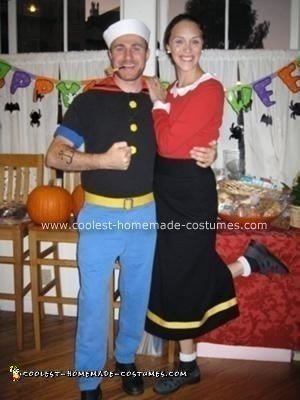 There are two truths in my life that I know will never change. One: I am tall. I am a 6 foot lady. I’m taller than my boyfriend and really I’m taller than everyone. We have had people point it out and while it doesn’t really matter to us, this year for Halloween we decided … Read more 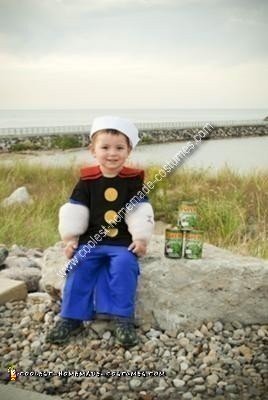 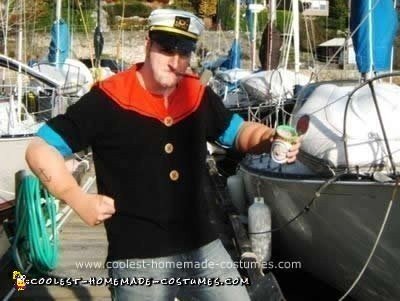 In case you’ve never heard, Popeye is an iconic cartoon sailor popularized in American culture from 1919 until present day. The usual setup saw Popeye on a wacky adventure with his friends, which usually ended up in a sea-themed conflict resulting in Popeye finding himself in trouble. Popeye is no ordinary sailor, he gets stronger … Read more