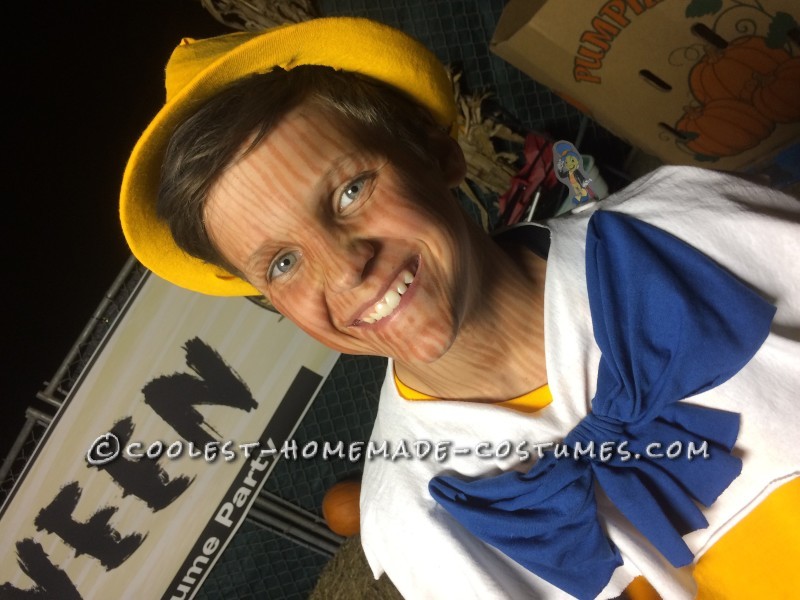 This costume was made for my brother, Stetson. He’s 13 and as his sister, who is 22, I can no longer openly participate in trick-or-treating so he is my gateway into the creative candy collecting world! This costume consists almost entirely of t-shirts and hot glue. The hat is a straw hat with yellow fabrics … Read more 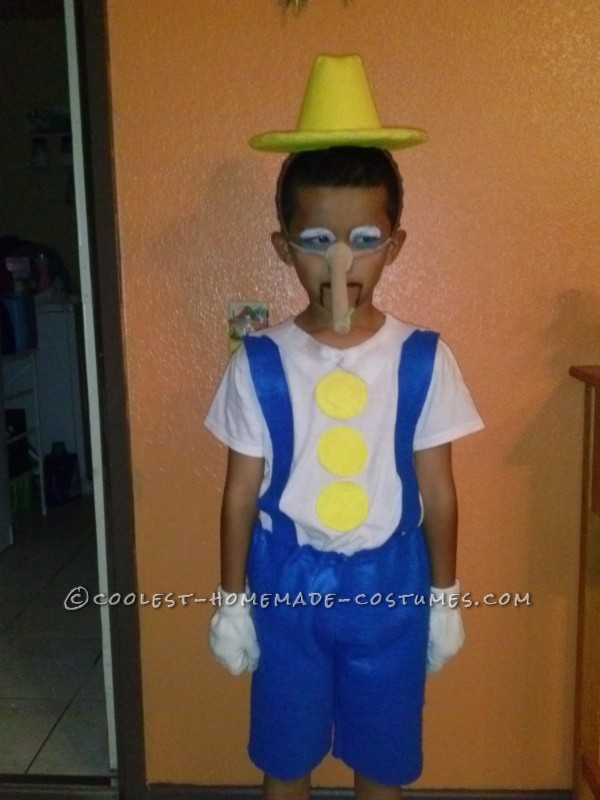 Hi my name is Elena and this is my son Juan Manuel. I decided to make his costume Pinocchio because I think he looks a lot like him and would suit him well. I dressed him up along with his brothers who where Gingy Cookie and a Baby Shrek. His costume was made with mostly … Read more 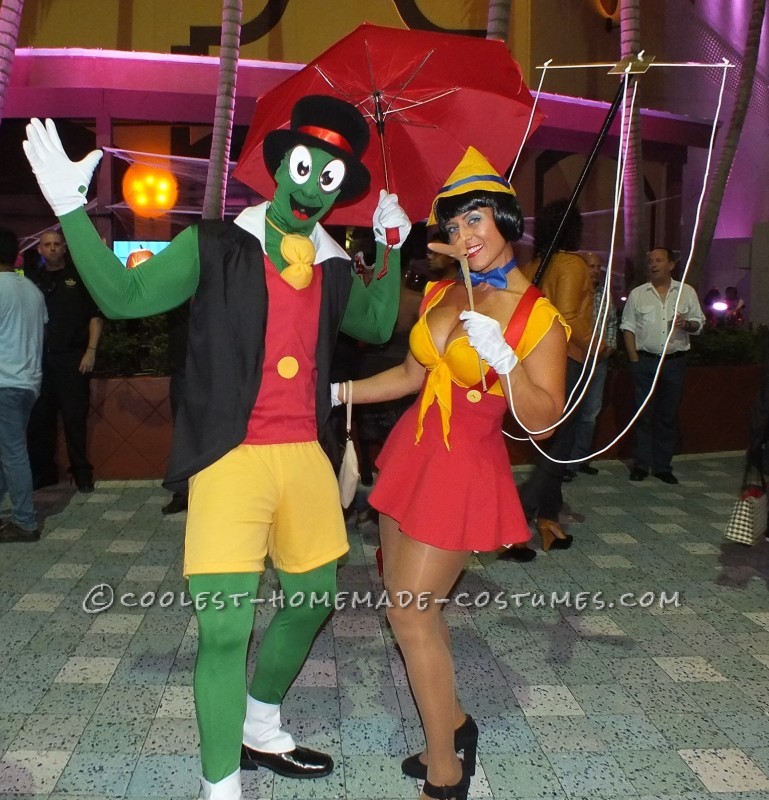 Jiminy sported a green body suit and velcroed cartoon eyes on the outer part of the mask. A felt mouth pasted on the mask finished the look. Pinnochio secured a long piece of wood with cross members on top and carried the nose for pictures. Many Disney fans enjoyed them! 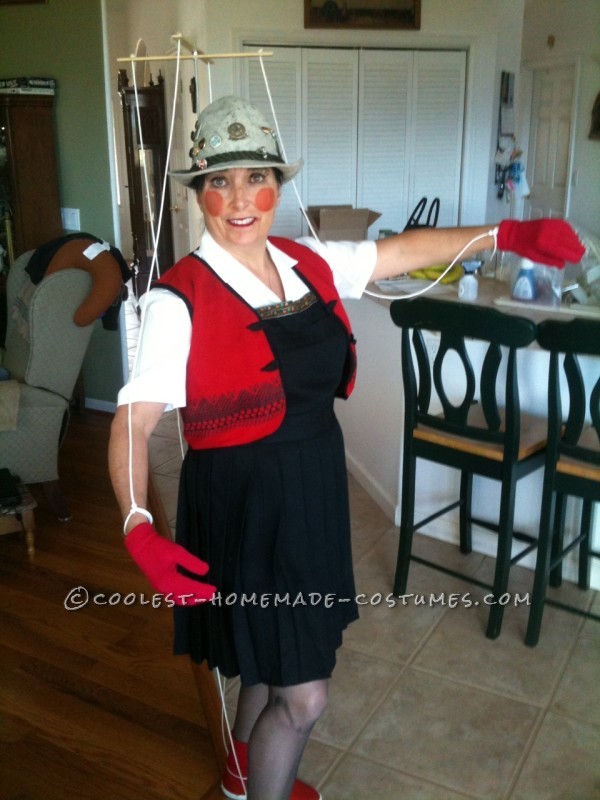 This Marionette Pinocchio was a somewhat difficult costume to complete because of the mechanical part.  The outfit wasn’t too difficult. I had to find the right type of blouse, vest, dress, and hat. I found a sleeveless pleated black dress (really cute) added some German type binding. I did the same thing to the vest. The … Read more

So I was shopping for costumes online and came across a “Sexy Pinocchio” costume that cost $90 for a costume that barely had any material to it. I liked it but not that much so I decided to recreate the costume myself and it really wasn’t that hard to do. I tried to find a … Read more 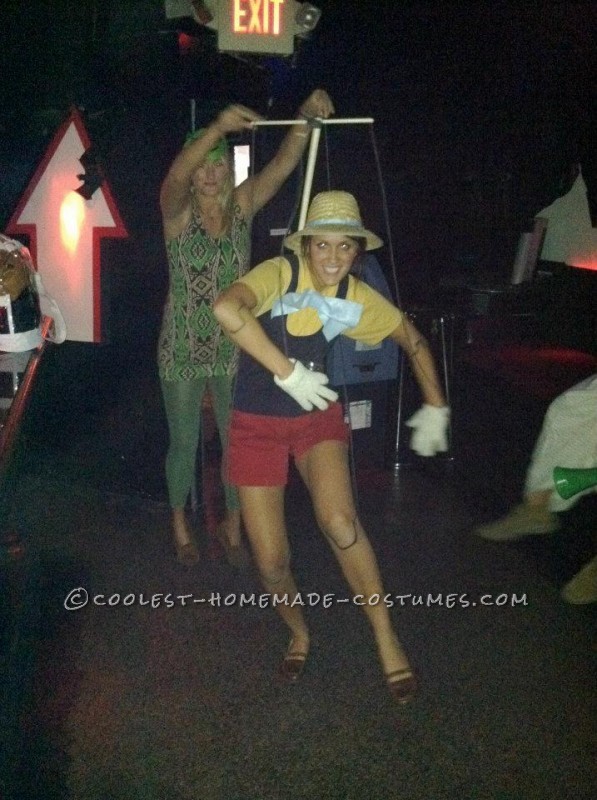 Last year I was Pinnochio for Halloween! I bought the outfit from the local Goodwill and bought wood and yarn from Michaels to build the handle from (just crossed the sticks and looped the yarn all around and then glued it all together and stuck it down my shorts- also had to wear a girdle … Read more 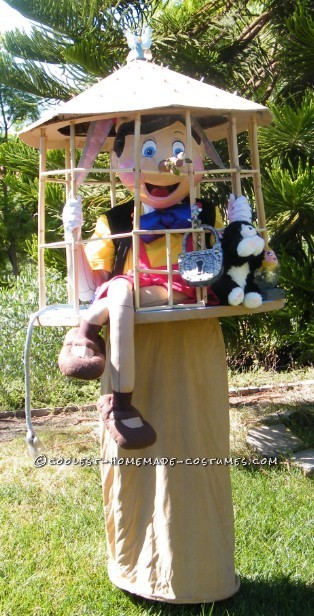 Pinocchio’s and his friends Jiminy Cricket, Figaro, and Cleo. I improved on my naughty Pinocchio cage Optical Illusion costume by adding a paper mache Pinocchio head and tree nose with a bird nest, leaves and flowers.  I painted the face with acrylic paints and  sealed the mask with clear spray paint. I added some twinkle … Read more

Of the many original Halloween costume ideas that I had, I thought that Pinocchio would be the best! I had the shirt but I bought the woman’s shorts at a resale shop. I made the hat out of a yellow piece of felt with blue ribbon tied around the hat, white gloves, yellow buttons glued … Read more

2nd Place Winner of our 2006 Costume ContestClick Here to View Other Winners… Oh, but Pinocchio is a real boy! It may be Geppetto that you want to take a second look at! Here’s my son Rhett as Geppetto and Pinocchio. Don’t be confused, this is a one person costume featuring Rhett as Pinocchio’s top … Read more 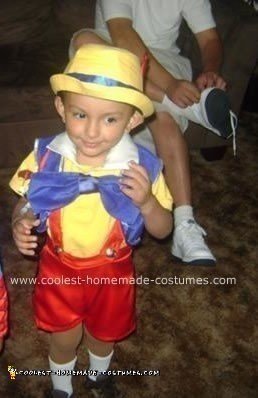 My son Gabriel loves Pinocchio (‘pickhio’ is how he says it) and I didn’t want to buy him the same old costume everyone would be buying at the party stores. So I decided to make a Homemade Pinocchio Costume. The hat and shirt were white and had to dye them yellow. I cut off the … Read more 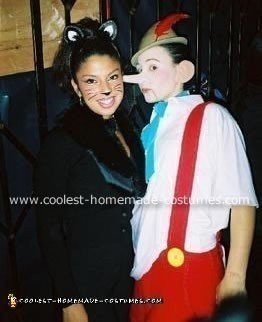 I drew my ideal jumper on paper, headed to Britex Fabrics for bright textured fabrics. Also bought giant yellow buttons, slapped on a Woochie nose, some ears, paint and spray painted a Robin Hood type brown. And there you have it, a Pinocchio costume. 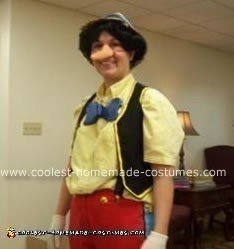 I made my own Homemade Pinocchio Halloween Costume and won 3rd place with it! I went as Pinocchio and bought all my items from the thrift store and Walmart. I bought a yellow dress shirt and some red shorts and a black vest, a straw hat and even bought some wooden clogs on eBay! I … Read more 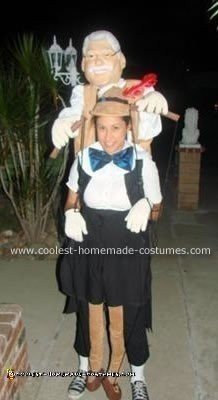 I saw the other costume and wanted to try it. FYI: this website is the best. I got most of my idea for this Pinocchio Costume from here. I just followed the same thing the other guy did. The mask was Bill Clinton and just added a mustache. 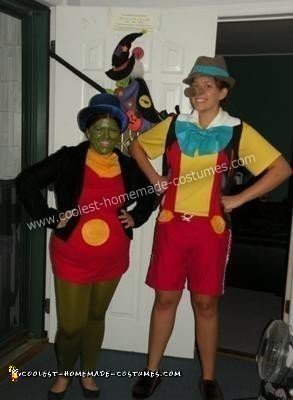 We came up with being Pinocchio and Jiminy Cricket because we wanted something that was funny for one tall and one short friend. We bought: 1 yellow shirt, 2 red shirts, yellow felt, light blue felt, yellow fabric scrap, vest, hat, shorts from thrift store, Jiminy’s hat and face paint from party store, and a … Read more 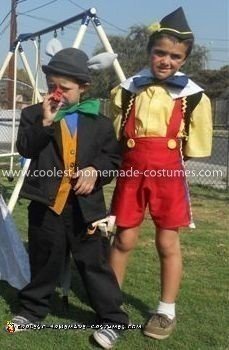 My boys usually do some sort of common theme when it comes to their Halloween costumes and this year when we decided on Pinocchio. We knew we didnt want to go with the common Pinocchio/Geppetto or Pinocchio/Jiminy Cricket pairing. So we decided to go with a Homemade Pinocchio and Lampwick Couple Costume. For those of … Read more 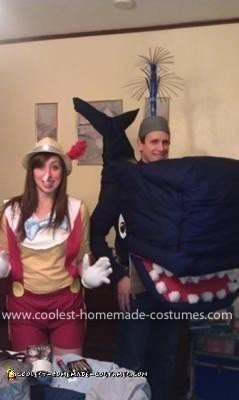 We started this Homemade Monstro and Pinocchio Couple Costume on Friday at about 7pm for a party Saturday night at 9:30pm. I would like to say it was easy and cheap, but it was a lot of work and quickly turned very $$$$. It was all worth it though. The Whale: The base of the … Read more 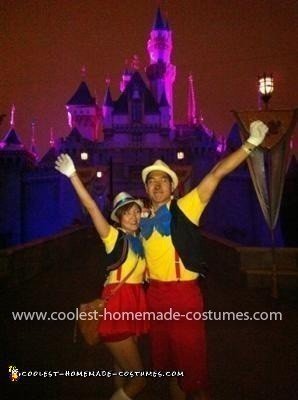 My boyfriend (world’s largest Pinocchio!) and I spent our Halloween at Disneyland this year, happiest place on Earth! Mickey’s Halloween Party doesn’t require everyone to dress up, but all of our friends decided to dress up as Disney characters. Our Homemade Pinocchio Couple Costume got so many compliments through out the night! Plus, this costume … Read more