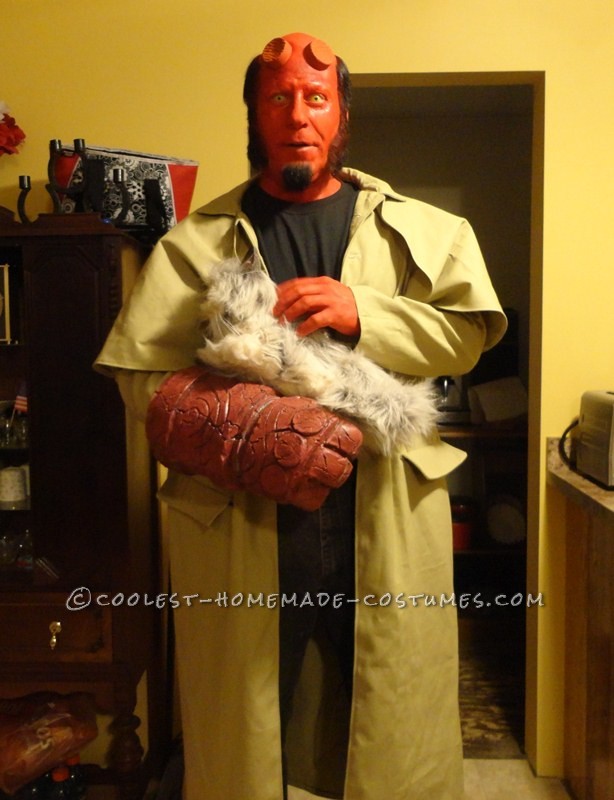 Horn Stumps – Permatex red RTV silicone from the local auto parts store. I emptied the whole tube into a plastic cups and let sit for 2 months to harden up. When cured I used a electric hand grinder to carefully grind some grooves across the tops to give it the right look and the … Read more 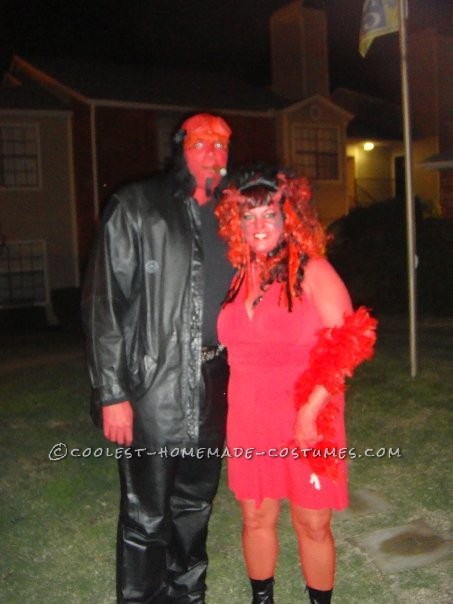 The makeup for this Hellboy and Wife couple costume took 5 hours but well worth it. First I painted my black boyfriend red with theater paint and then took a latex caveman mask, cut off pieces and glued them to his head. The horns are made out of wood painted red. I then took cotton balls … Read more 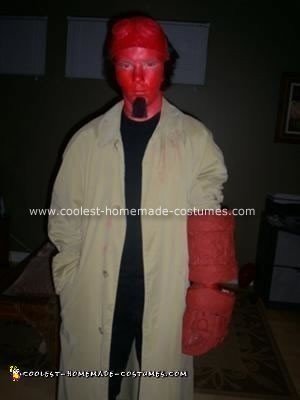 I decided to pick a Homemade Hellboy Halloween Costume because I saw one on here. To make the hand we took a hockey glove and covered in clay and made some cracks in it then spray painted it. For the 2nd part of the hand we made it with foam and covered with clay and … Read more 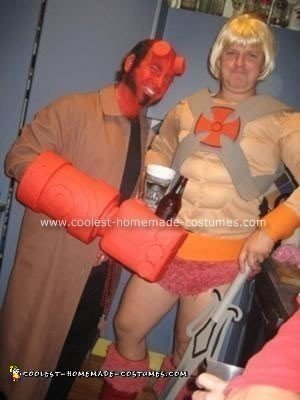 So, being the movie fan I am, the list of Halloween costumes is rather long. However, at the top of the list for a long time was a Homemade Hellboy Halloween Costume. So about three months prior to Halloween I got started. This included growing my hair and beard to shave back on the day, … Read more 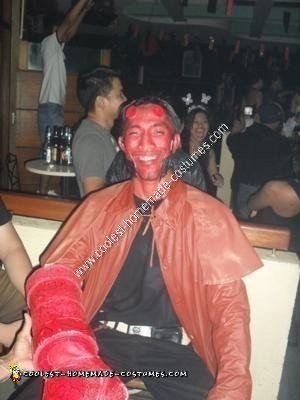 I made my homemade Hellboy costume cause I love to design. I was inspired from the movies that I saw that’s why I brought it up here & made my own costume which I planned as “Hellboy” although it’s not really perfect but through my effort & time bought some materials & other stuff to … Read more 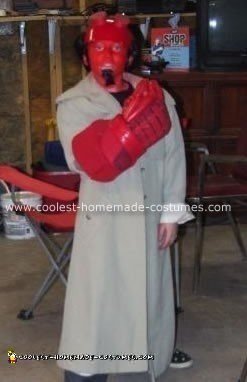 This is my nine year old son max who came up with this Hellboy costume idea about six months before Halloween. We usually try to make our own costumes every year and there is a local costume contest that we have participated in the last five years. The fist is made up of two different … Read more 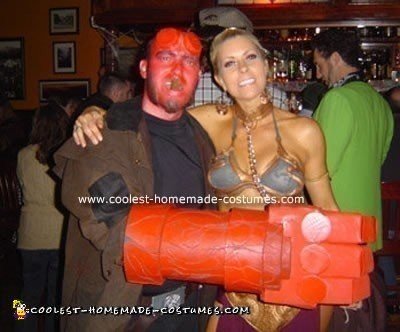 This Homemade HellBoy Costume was inspired by one of my favorite comic characters HellBoy! The most difficult and time consuming part of the costume was the fully functional hand of doom and everything else was either handed down or bought (i.e. makeup and adhesive). On YouTube.com, I found a video of a guy who used … Read more 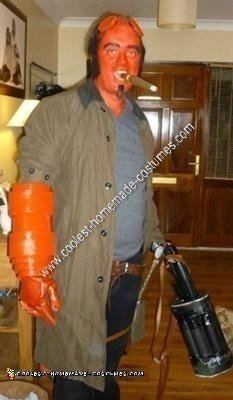 To create my Homemade Hellboy Halloween Costume Idea, I started with the arm. Using children’s foam playmats I rolled them in a tube shape, layering up the pieces of foam, I then cut out the fingers, sticking them to a red welding glove and the horns from the same foam and sprayed the whole lot … Read more 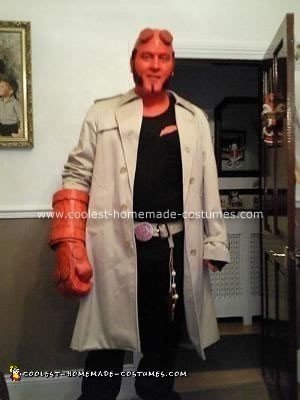 I made the whole Homemade Hellboy Costume from scratch (except the coat, which was an awesome purchase off eBay). The idea came to do Hellboy as I needed a costume for my birthday party and it was the release of Hellboy 2 on DVD (and I am a big fan of the comics). I started … Read more