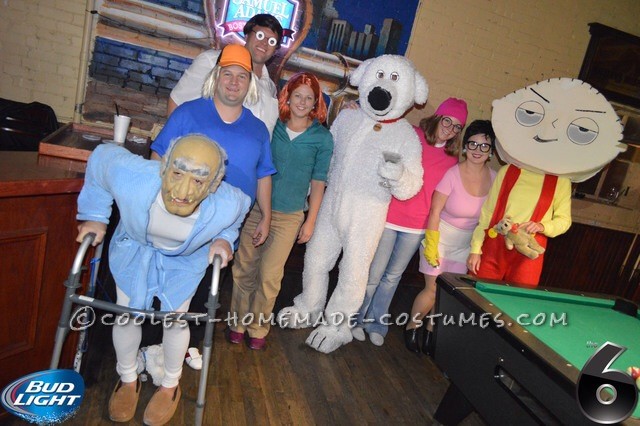 Halloween is definitely my favorite holiday of the year! As I had to skip last Halloween because I was planning my wedding, I decided this year should make up for last and be twice as amazing. So I started talking with my best friend in late August about what we would be that year. We … Read more 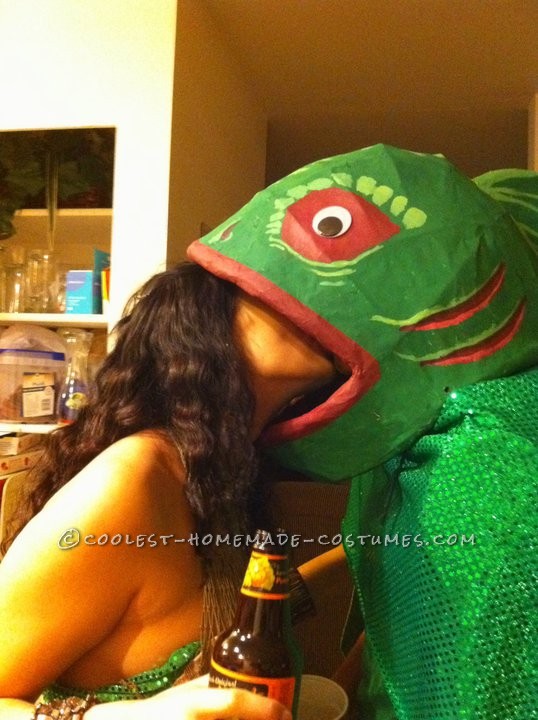 There is a family guy episode where Lois is rescued from sea by a mermaid who is a fish head and man legs. The mermaid expects sex from her and she says no because he isn’t the kind of mermaid she was envisioning. This was the inspiration for our costume, I was fish legs, human head and … Read more 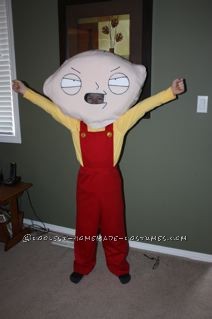 I created this Stewie Griffin Costume for my 10 year old son and it was a big hit!  When he was trick or treating, he was getting handful’s of candy while the people would call their family members to come to the door to see his costume and take his picture.  He had a great … Read more 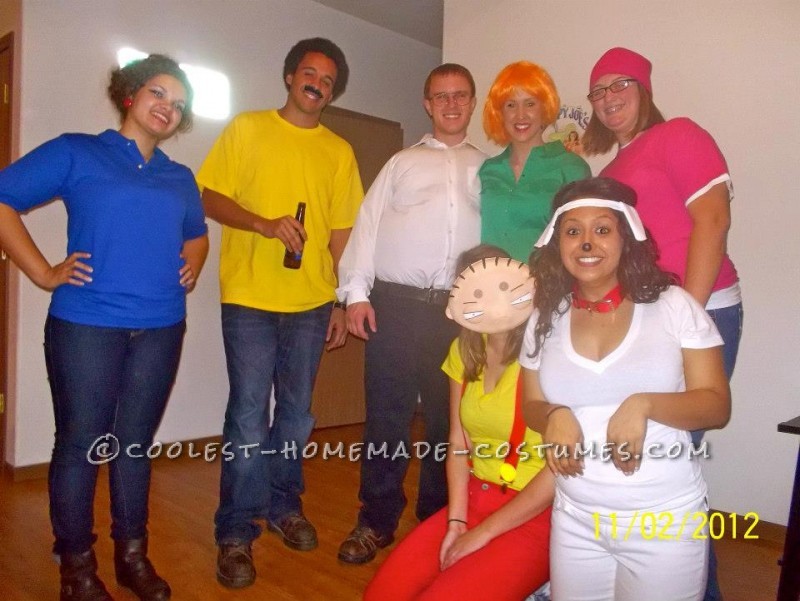 For Halloween we wanted to be something as a group, something easy, and also something that we would not freeze in when we were outside! We decided to go as Family Guy! Everyone we encountered loved our outfits.  Meg and Lois got the most attention for their outfits.  It was great to dress up with … Read more 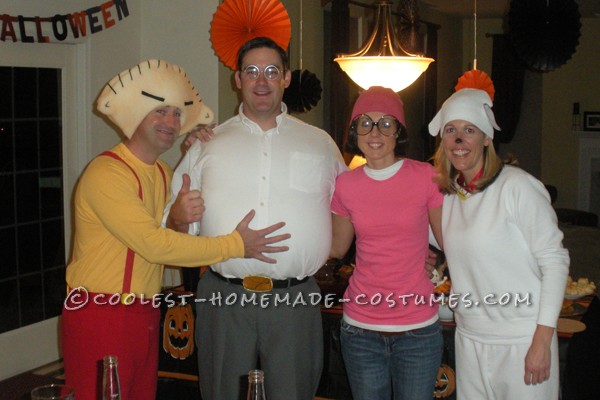 We are big Family Guy fans so when we were trying to think of a costume idea for a group, Family Guy Cast group costume was a perfect idea!  We got the outfits for everyone but Brian at Goodwill.  Brian (the dog) was made by using a simple white Hanes sweatshirt and sweatpants, an actual dog … Read more 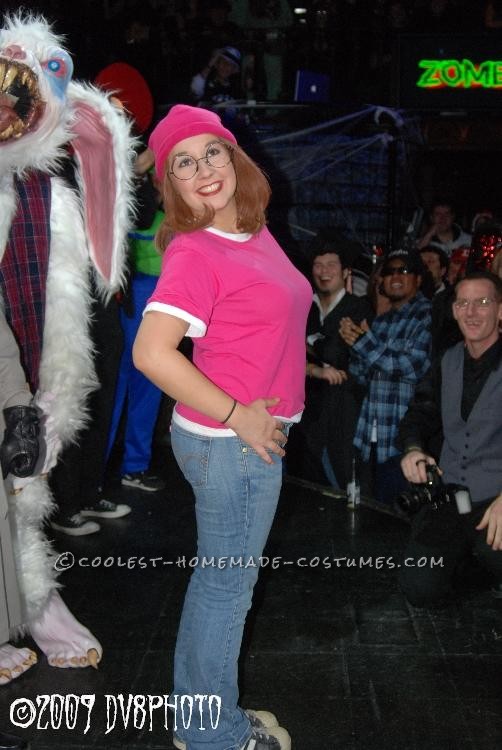 I needed a simple character that most everybody knows, because I get so sick of having to explain who I am all night long. Well, most people have seen or watched Family Guy, and Meg is one of the most recognizable characters. This Meg Griffin from Family Guy Halloween costume was pretty simple.  I found a … Read more 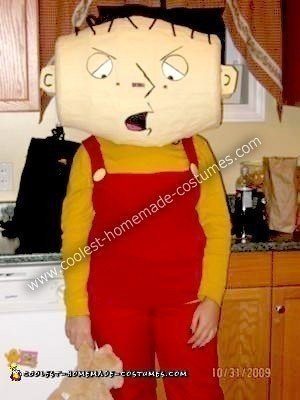 My costume this year was a Homemade Stewie Griffin Costume, the baby from Family Guy. It was made using two laundry baskets, off which I cut the rims and then taped together. I then covered the baskets with four layers of paper mache. The ears, which were made out of wire and foam, were taped … Read more 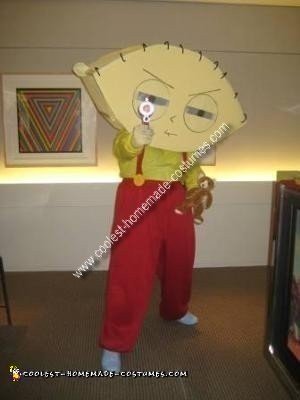 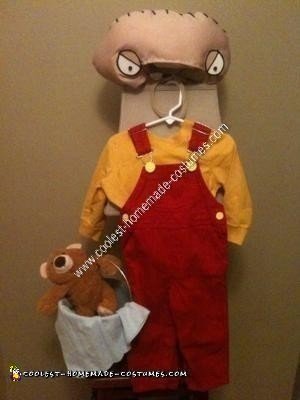 With my son being 1&1/2 and Family Guy being such an awesome show I decided a Homemade Stewie Griffin Halloween Costume Idea was the way to go. I bought a long sleeved yellow shirt and red conductor striped overalls that I dyed red to give a two tone appearance like corduroy. I painted white leather … Read more 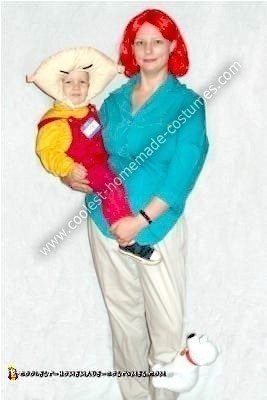 My son has been giving me a real hard time the last few months (terrible two’s) so I decided he needed to dress up as someone determined to destroy his mother, who else but Stewie Griffin! Every year I do my best to make our costumes with stuff from the second hand store. For this … Read more 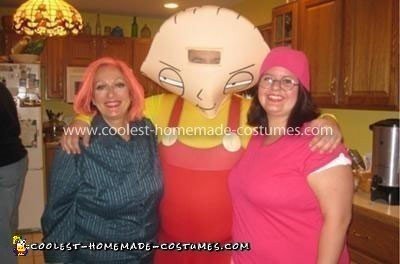 I bought my brother a Stewie Griffin costume, I decided to be Meg and our mom was Lois. I didn’t want to spend a lot of money on my costume this year. So I wore jeans, a pink shirt with a white shirt underneath. I bought a pink hat, and Harry Potter glasses. The Homemade … Read more 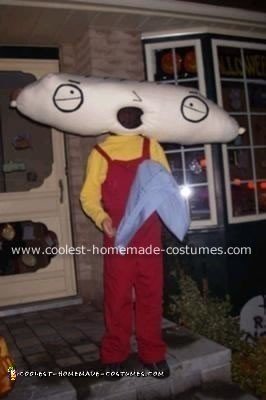 My son is a huge fan of Family Guy and asked to be Stewie. First I took a hockey helmet that fit, then I made a frame the shape of a football using cut cardboard. I attached the framing to the helmet. Then I covered the framing with cotton batton, and then covered that with … Read more