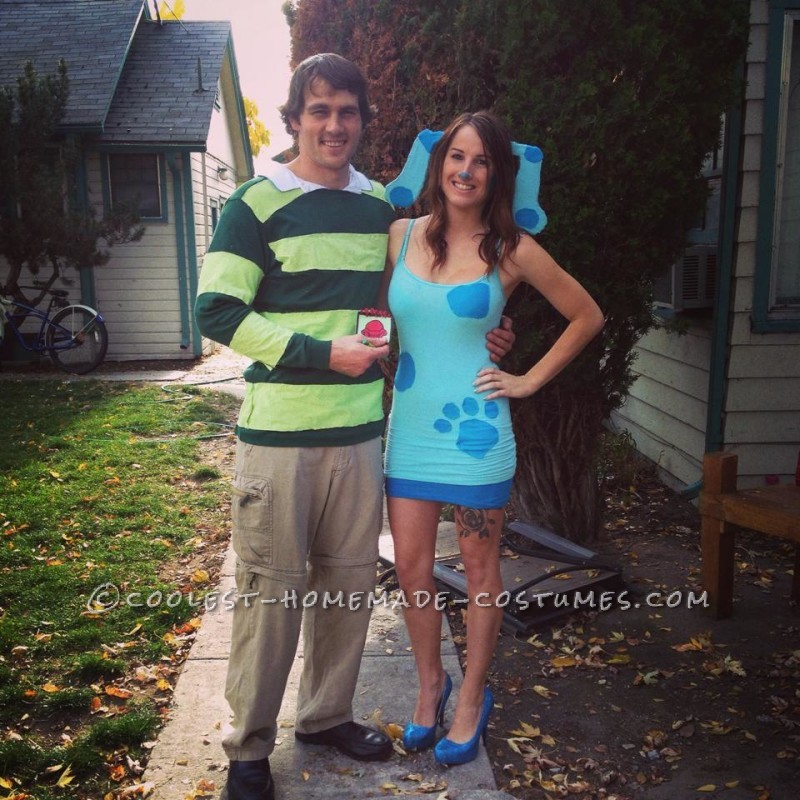 We just figured out Blue’s Clues! This was my favorite TV show growing up and had my mind set on this costume all year. I didn’t want to spend a lot of money so I thrifted everything and our total cost was $30!  For Blue’s outfit I layered a light and dark blue tunic tank … Read more 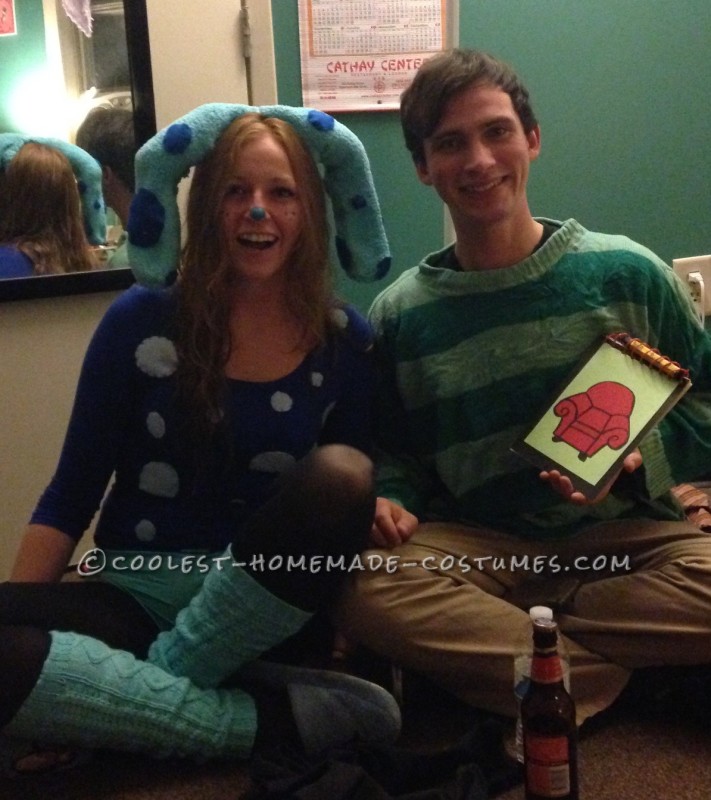 I had a Halloween party to attend Friday night, and it was Monday. I still had absolutely no idea what to be. My boyfriend made a suggestion that we go as something together and that’s when all the ideas came flowing. I thought up a few different ideas and ran them by him and two … Read more 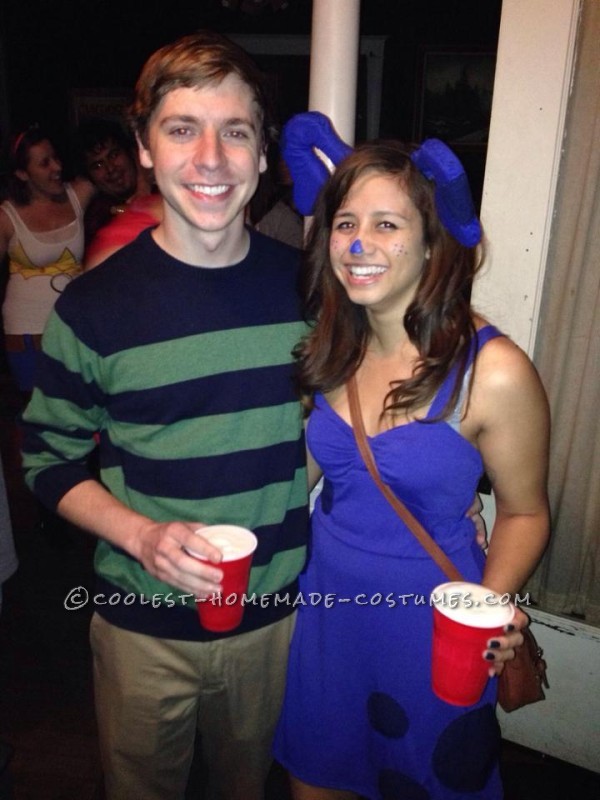 Whilst browsing the pre-made, packages of Halloween costumes this year with my boyfriend, Shaun, I noticed a lot of the womens’ options were very risque. This was our first costume party together and I enjoy dresssing up and turning heads, but I want them to notice my costume- not my lack of coverage. We gave … Read more 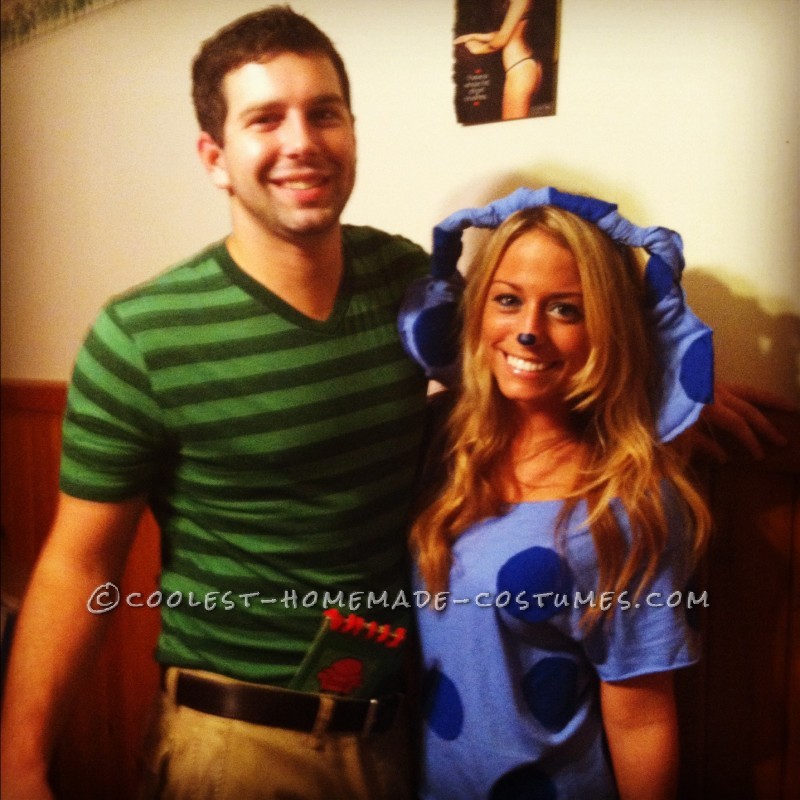 My boyfriend and I were trying to find something original for a party we were going to for weeks in advance. Finally it was the day before the party and we were all out of ideas: that is until I saw a guy at school walking through my campus parking lot in a striped green … Read more 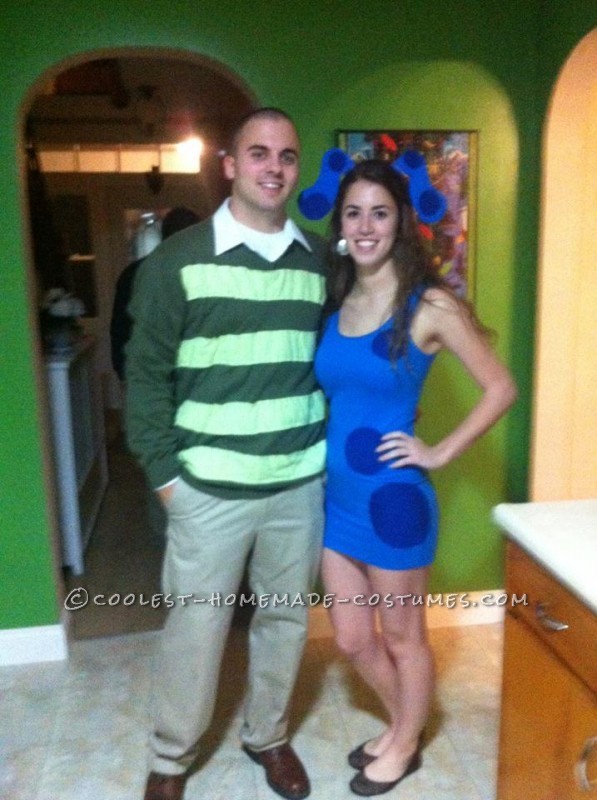 My boyfriend and I wanted to dress up as something original that everyone would recognize. After he turned down what seemed like hundreds of my ideas, we finally agreed upon one of the cartoons we both watched as a child; Blues Clues! And of course we picked the two main and most recognized characters, Steve … Read more 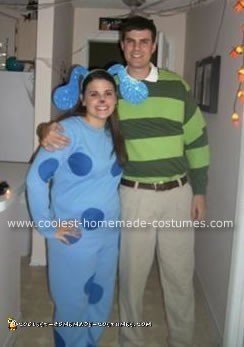 I went on a search for a quick and cheap costume to make and I got the idea for a Blue and Steve from Blues Clues Costume when I saw the blue sweatsuit. It was a big hit and everyone loved it!! Blue’s Supplies: light blue sweatsuit ($12) royal blue t-shirt ($4) 1 inch thick … Read more

My two year old loves Blue’s Clues so I decided on a Blues clue costume for Halloween. I went to the sewing store and bought a pattern for a basic dog costume. I bought light blue fleece for the base and dark blue for the spots. I had to make my own pattern for the … Read more