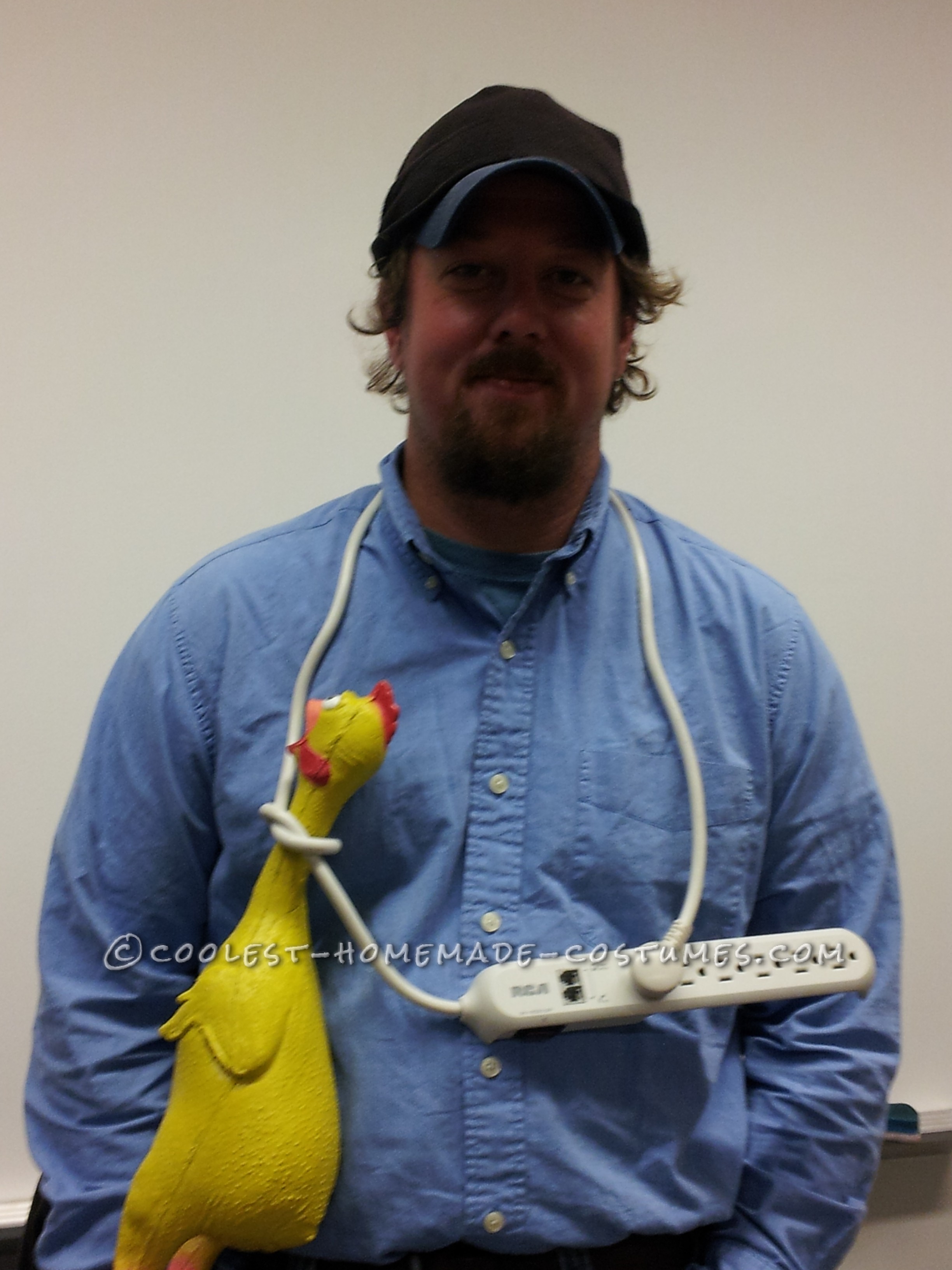 I put my costume on and headed out to the parties.  After getting a few confused and dirty smirks, I realized I needed to have people start guessing what my costume was.  “Clearly you’re choking the chicken” many people would say and I would laugh and just call them dirty minded individuals.  The best of the worst guesses was that I was a “Well Hung Cock” to which I replied “I said guess my costume, not what is in my pants.”

Sure enough, not a single person was able to figure it out without hints.  After walking individuals through the costume, I decided to offer prizes for people who could guess the costume. I’ve word this outfit to teach class in and college students definately have dirty minds, but when they finally get the answer, much like the others, the look on their faces is like a moment of genious followed by laughter and compliments on such a great play on words.

The costume itself was made of things I had around the house.  I wore all blue clothing and tied a rubber chicken around my next with an extension cord.  The key to this costume is recognizing each part of the costume then putting it in the right order.  Still trying to figure it out?  Start with the rubber chicken then think about the extension cord and finally realize my clothes are blue and you’ve got it.

2 thoughts on “Can You Figure Out My Homemade Costume?”