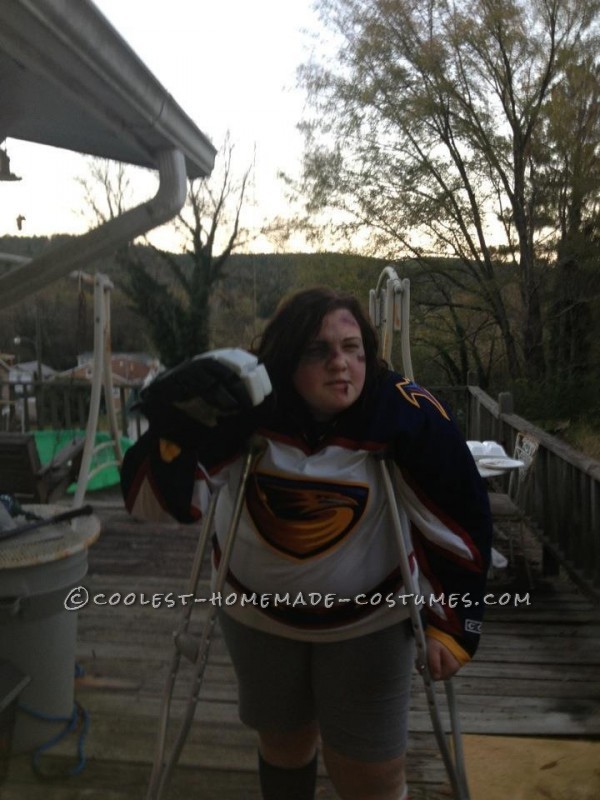 Last year I broke my ankle 2 weeks before Halloween. I had just resigned myself not to dress up cause I had a big cast and crutches. The day before Halloween I remembered I had an old hockey jersey so I threw that on with some shorts and an old hockey glove. I used some dark eye shadow to make a black eye and some bruises and cuts and a split lip.

I went to out church Halloween festival and everyone kept asking if I had been in a bad car wreck. I had to explain that I was a hockey player that got in a fight. By the end of the night everyone was laughing and smiling while I was hobbling by. All I said with a huff was ” you should really see the other guy geez” Best costume by far. 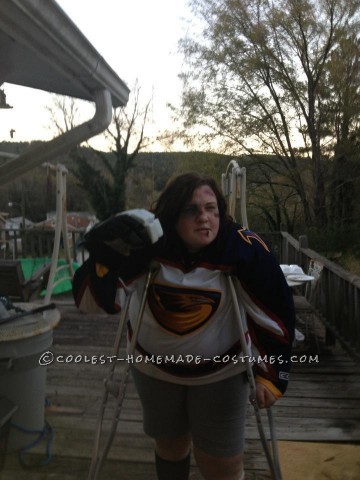