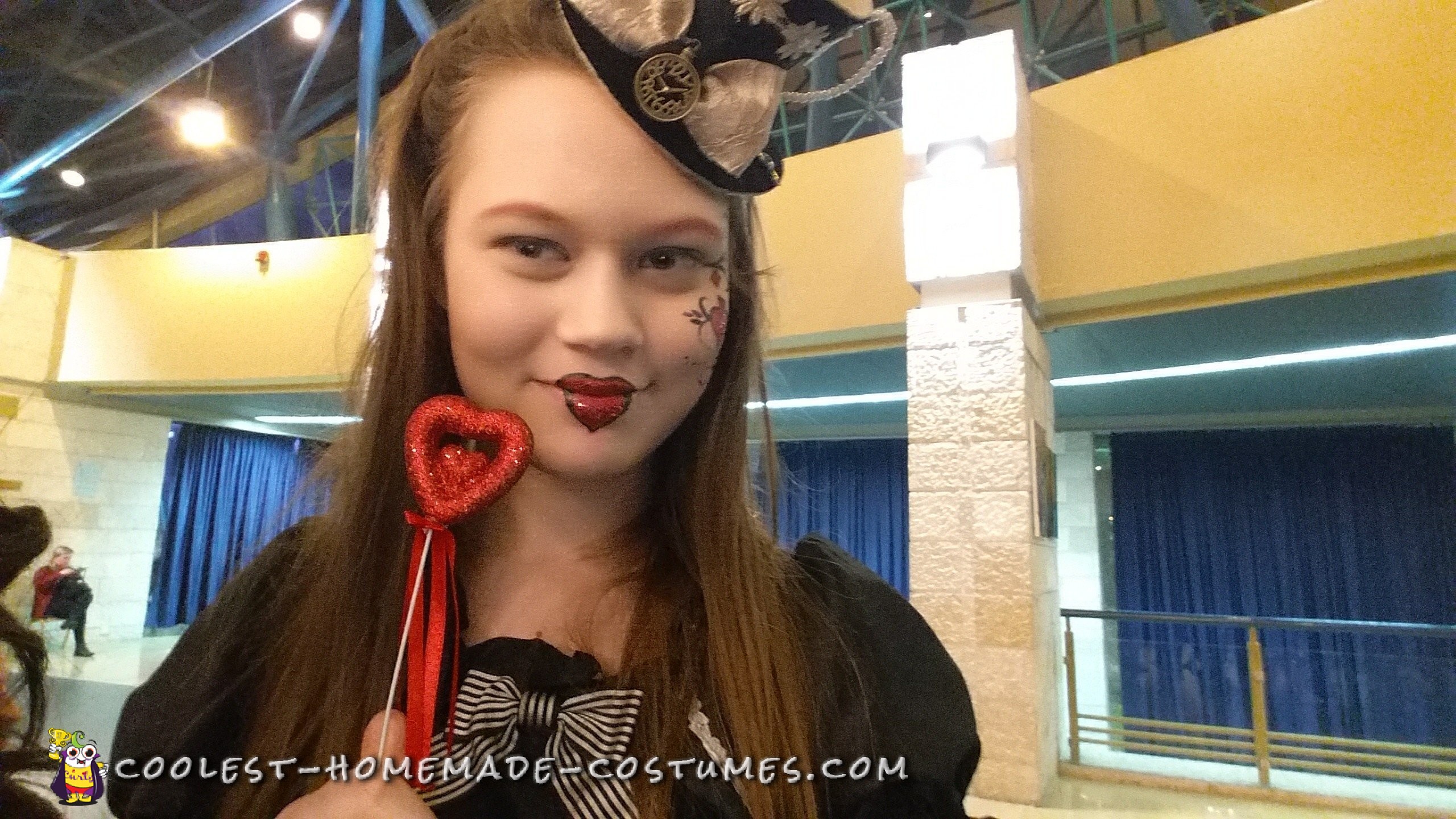 In my country (Israel), we don’t have Halloween (Even though me and my friends love throwing our own Halloween parties :), but we have “Purim” which is a Jewish ritual where everyone is welcome to go outside in costumes. Our school holds a costume competition every year. Unfortunately, every competition had been a failure for me. Therefore, the last “Purim” I wanted to WOW everyone. I was really excited to show off in my own stylish way and BIG time!!

I decided to dress up as the wonderland because I felt like my mind is really similar to this Crazy-Magical world!! So, I started planning with my mother how it would look like..

But because no one that I know has read the book, our goal was to make an elegant costume with the symbols from “Alice in Wonderland” movies. Therefore, I thought that putting the pig baby or the mock turtle would be confusing for those who would look at my costume and, especially, for the judges.

So we started with a base which was my Goth Lolita dress from the Brand “Alice and the Pirates”. (A little ironic isn’t it?)

I decided that I wanted to have the Cheshire’s cat smile on the dress that would hang on the side like a cool accessory. Cards and white n’ red flowers are MUST (while the white flowers will be a little painted with red).

Then we thought to add more stuff like the key and the door on the back of the dress, but the dress started to look pretty cheesy. So, we decided to put the rest on the hat.

The base of the hat was a hard plastic cover of one of my old notebooks. My mom drew the pattern on the cover, cut it out and sewed the fabric on it. Then we glued the hat to some beautiful black plastic head band.

We sewed the little bunny plush, caterpillar, butterfly and key on the hat. Then we added a bow and put a bronze clock on the center of the bow.

The hat was small and tilted a little to the side. The shape of the hat was of a teacup, which symbolized both the mad hatter and the tea party.

Now, for the make-up it was a little harder for me (I don’t use makeup in my daily life), so I just tried to do an inspired look of the Queen of hearts from the Tim Burton movie.

Before I left the house to the party, I went to meet my friends. I chose to take a wand with a giant heart on it with me so I could point on people and say “off with your head!”

My friends and I met at my friend’s house. Everyone was impressed, especially her parents and grandma. I was feeling pride for my mom’s creation and me. My friend is a photographer, so she took pictures of us in the backyard. We did a little tea party there and got ready for the big school party.

When we got there, I signed up for the competition. My friends was cheering for me and the grown-ups were sure I would win the first prize.

The fact that mostly the twelfth graders won the competition (even though their costumes had been bought) was sad but understandable because the competition is again one of the methods how our school lets the graduators feel good before they leave.

At first I was quite sad but people kept coming and telling me that they thought I should have won. Their words made me feel better and when I got home, I searched for a costume competition online. I could not get this costume go to waste without giving it a credit it deserved.

So, I really hope that even if I don’t win, people still will find my costume inspiring and creative. Lots of love from Israel.

P.S. Also there was a make-up booth in the party. After the competition the make-up artist drew a cool design on my face inspired by The Playing Cards. 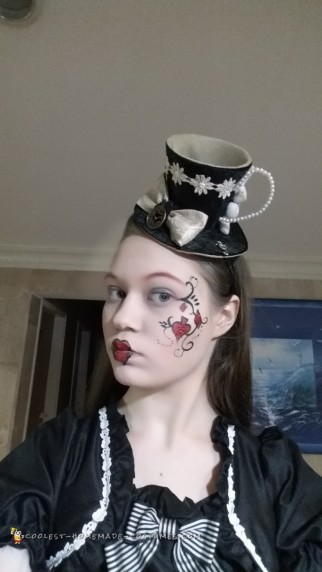 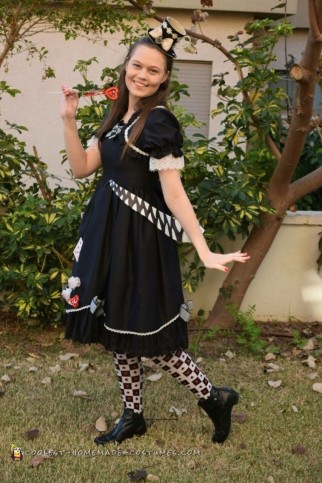 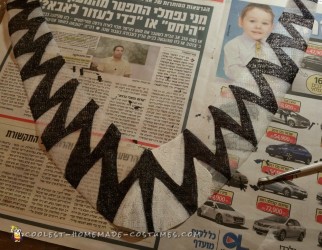 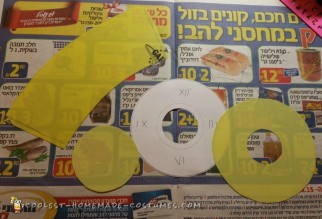 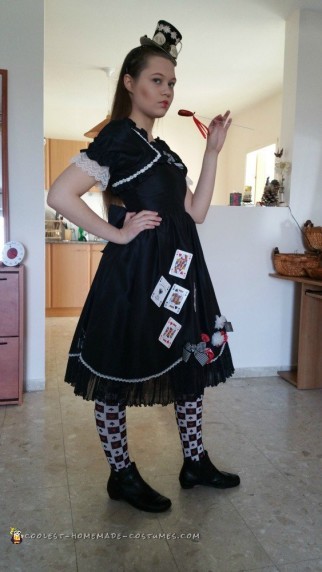 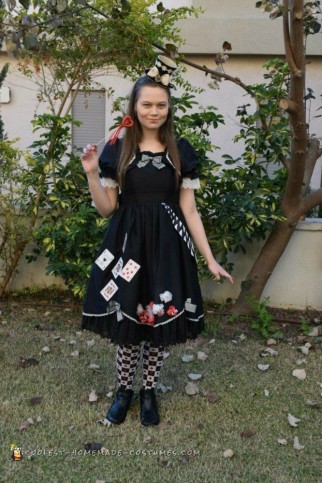 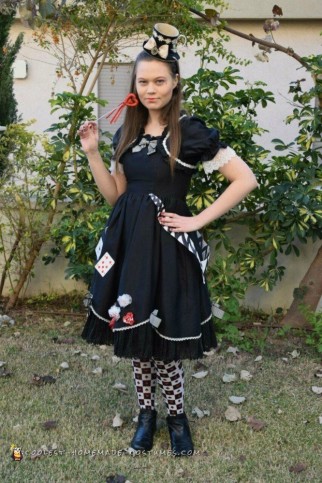 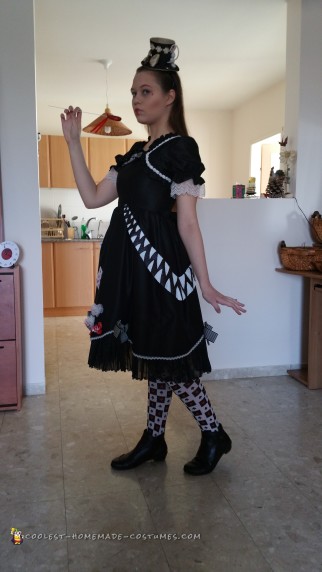