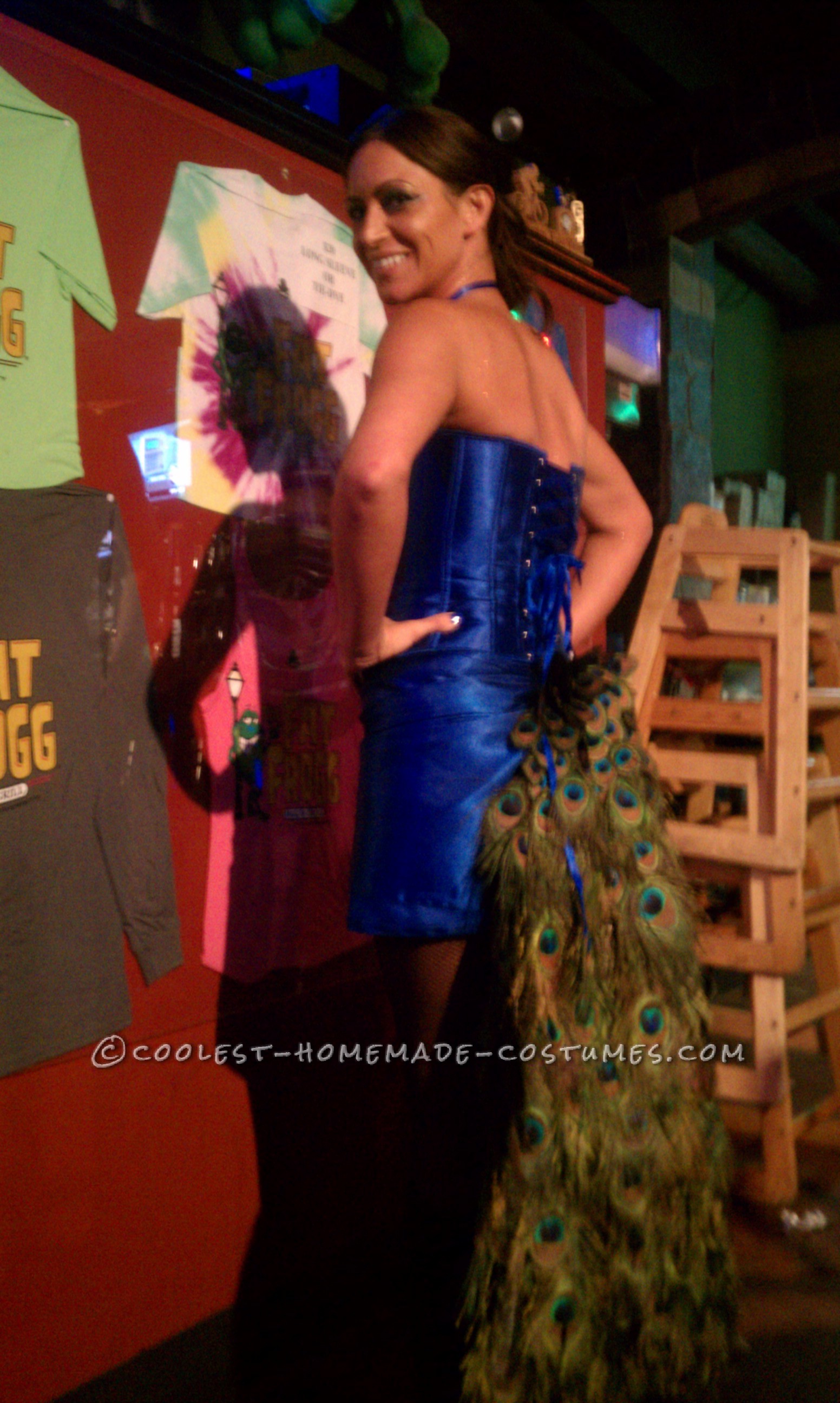 For Halloween this year I decided to be a peacock and to make my peacock tail. As much as I wanted to go crazy and make it an extended upright tail, I had to be able to fit behind a narrow bar with a few other bartenders. I came to the conclusion that a down flowing tail was the best way to go for the sake of everyone’s eyeballs. I ordered some 10-12 inch peacock feathers from Nature’s feathers (price was good, shipping was free, and they turned out to be rather quick about it). Initially I ordered 100, but quickly found out that wasn’t going to suffice. In the end, 300 was the magic number.

And now starts the tedious process of peacock tail making. Using a single layer of the tulle and the transparent thread, I started threading the peacock feathers into the tulle in horizontal layers, beginning at the bottom of the tail. I used the feathers that had medium and large eyes for the bulk of the tail and saved the small eyed feathers for the top. I strung these up until they reached the height of covering about half my thigh.

Using a separate piece of tulle, I started making the top of the tail. This was done by selecting the small eyed feathers, cutting them down the eye, and using hot glue to attach them to the tulle. Of course there was a gap between the top and bottom so I just kept hot gluing feathers down until it was right  (if I did this again, I would totally mix the thread and just hot glue the entire tail). Then I just threaded the top and bottom pieces of the tulle together.

And that’s it. Sewed a skirt from the blue satin fabric, ordered a corset online, slathered myself in some gold glitter, did some crazy eye makeup, and tah-dah!! Got tons of compliments…success! 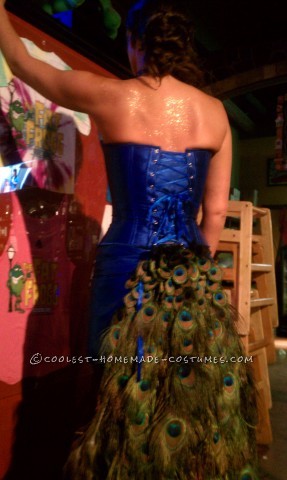 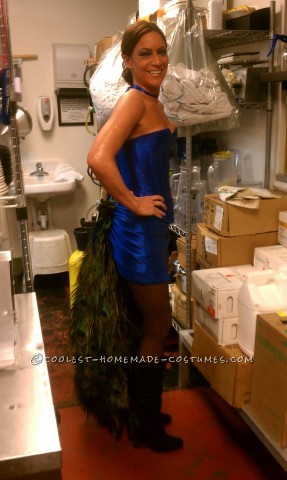 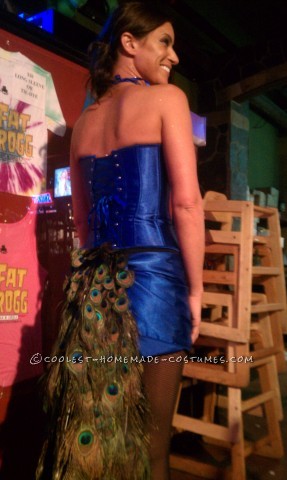 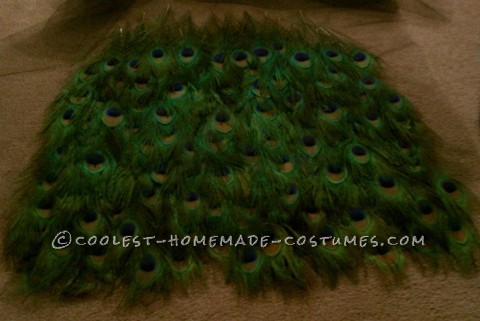 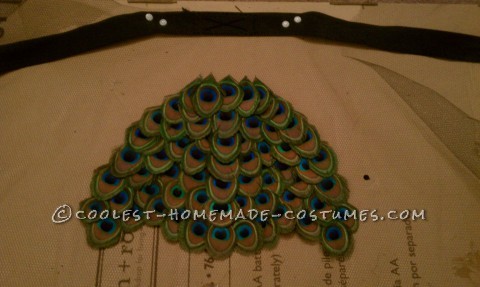 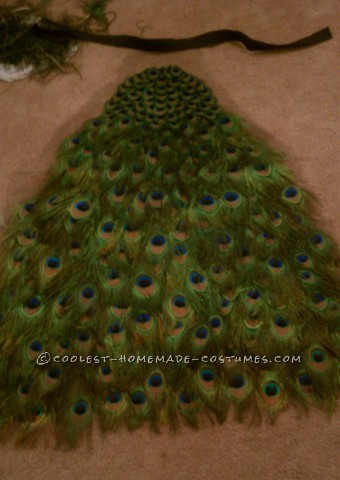