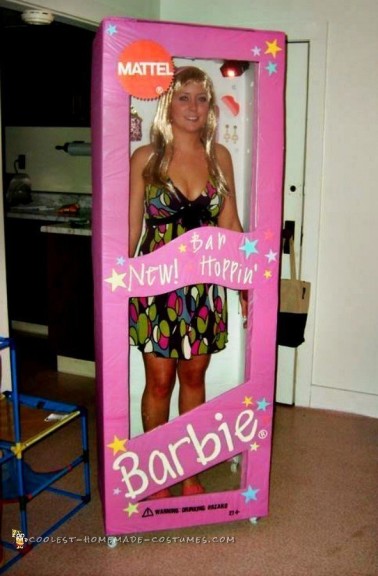 I’ve seen other Barbie in a box costume ideas and I had to try it with my own twist, Bar Hoppin’ Barbie. It was a big project.

Barbie in a Box Costume Instructions

This costume was a blast and I had so many compliments. People still talk about it years later.