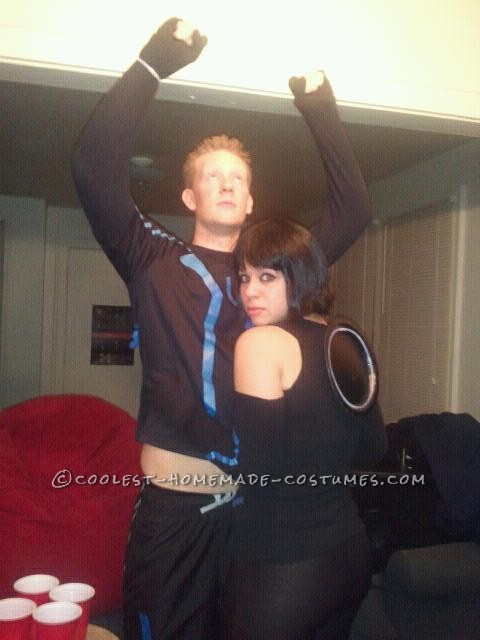 My fiance and I were in college (thus on a tight budget) but this Tron Legacy couple costume was awesome, and anyone who has seen the movie was really impressed! It was also comfortable for us both, which is always a plus.

We looked up a photo of each character and cut the tape into thin and thick strips, then laid them on the clothes where the lines are on the costumes in the movie. For the women’s top, we cut out the shoulders of the t-shirt in order for it to look more like the movie character’s costume. 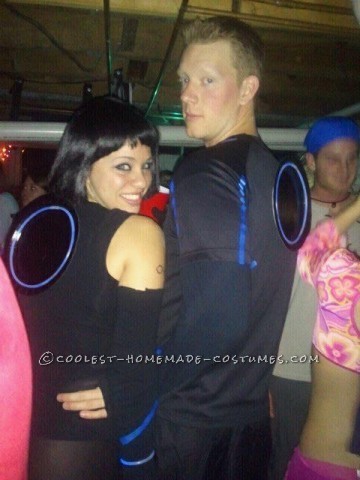 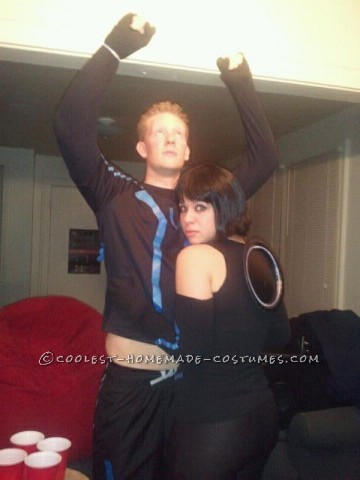