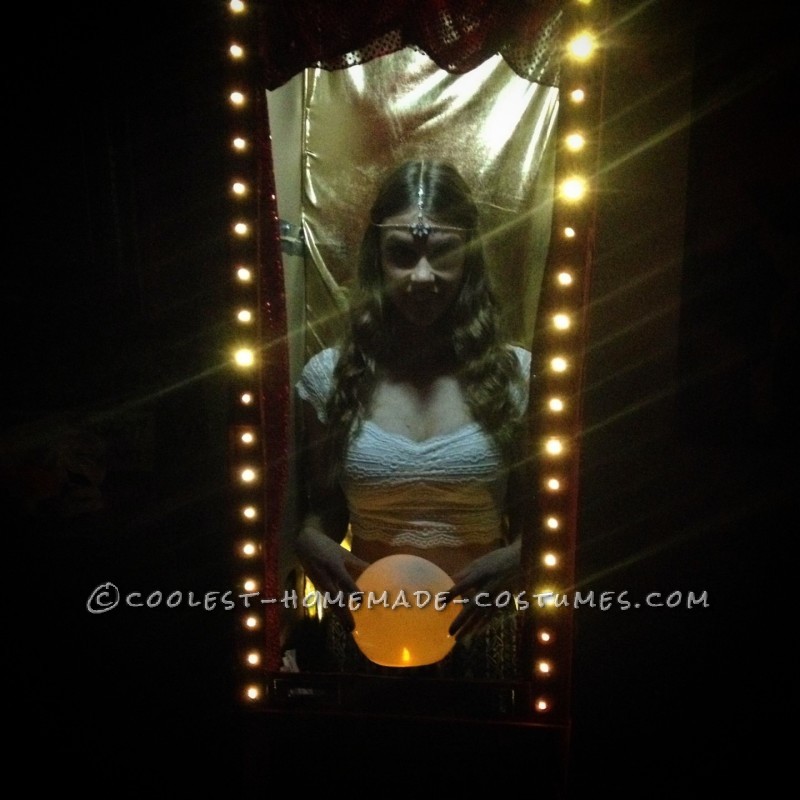 I wanted to create a unique and interactive costume this year so I decided on a fortune teller costume. I wanted people to be able to receive a paper fortune so I built a booth out of three medium sized moving boxes from Lowe’s.

I created a small table by folding one of the lid flaps down were I would be standing. I taped the boxes together with masking tape so it would look better once I painted it.

Once I built the booth I cut out the window and then a door on the back of the box that I could get in and out of easily. I painted the box and let dry overnight.

I then purchased a yard of gold fabric for the table and the back. I used a hot glue gun and attached the back but left one side unattached. I then added a strip of Velcro on that side so I could exit out the door. I also covered the table in the same fabric and a piece on the front were the fortune teller sign is.

I cut two holes in the table and inserted two solo cups into them. I used these to catch quarters that were dropped into my booth and one where I stashed the fortunes. I created the fortune teller’s magic ball from cardstock covered in black masking tape and glitter stickers.

I used a white balloon for the ball and put a battery operated tea light underneath to make it glow. I attached the base to the table with hot glue.

The lights on the side were purchased from Walmart and were battery operated as well. I cut small slits in the box and pushed the lights through enforcing them with hot glue as well. I used red fabric to create a curtain to hide the wires from the Christmas lights. Stick on glitter letters on top for the name and aluminum foil cover cardboard pieces for the metal parts and black masking tape was used for the lettering which added the final touches.

It took some time  getting used to moving around because I used the box handles to carry it. I would suggest adding rope handles inside to make it a little easier.

Everyone loved getting their fortune and out of about 50 contestants I made the top three. This was definitely a fun costume! 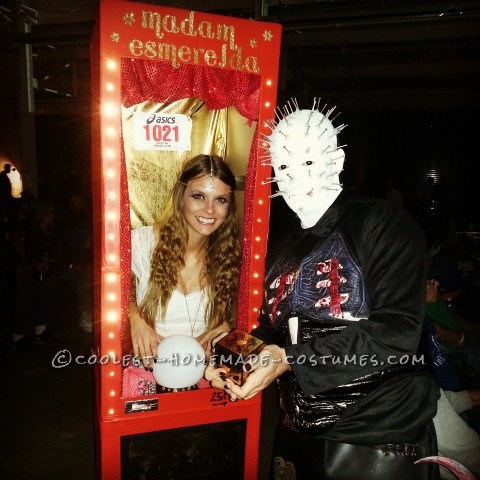 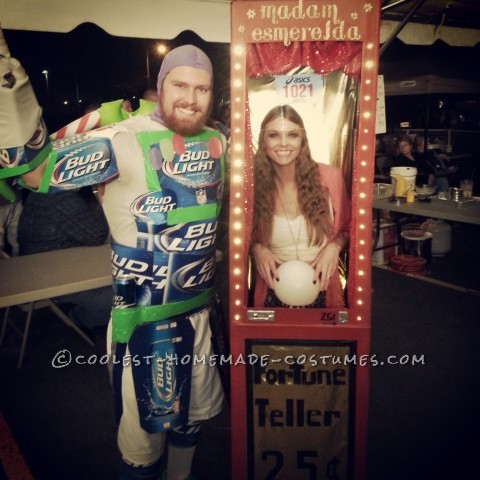