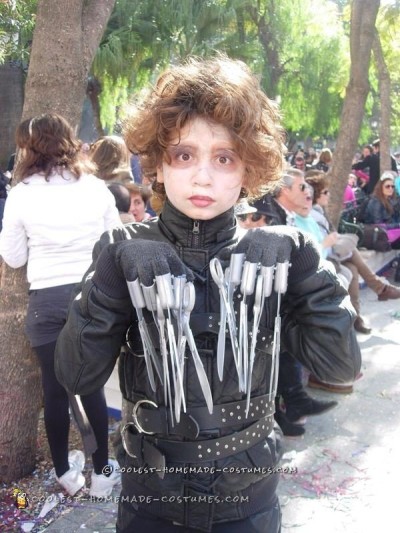 This Edward Scissorhands costume was made for a Cadiz (Spain) carnival in February 2012. I always loved this movie and, of course, Johnny Depp!) By the time my son was 12 years old, I thought this costume was going to fit him perfectly. I bought cheap faux leather pants and jacket at a Chinese store. … Read more 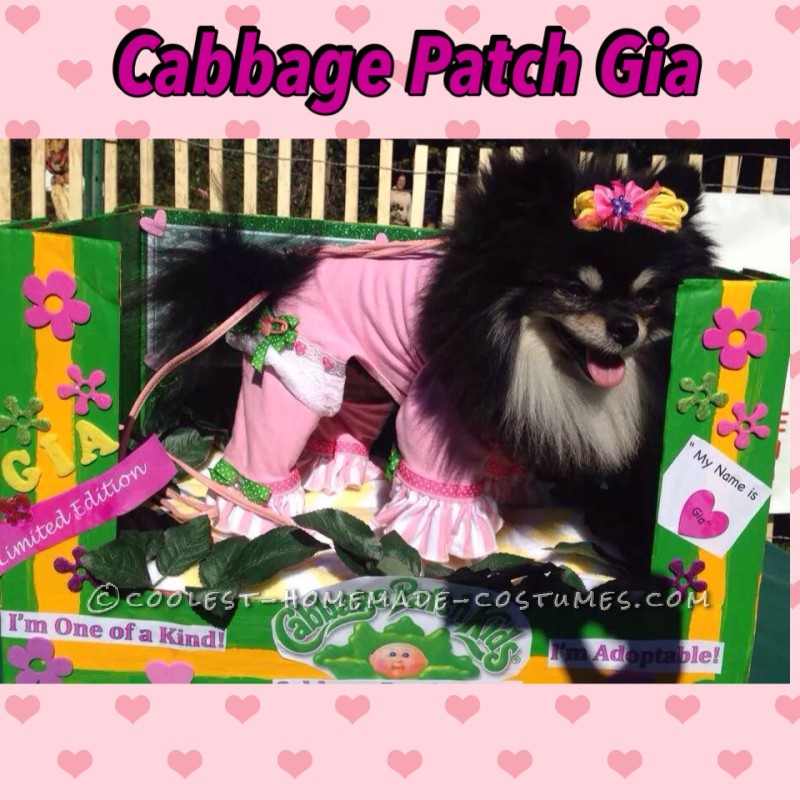 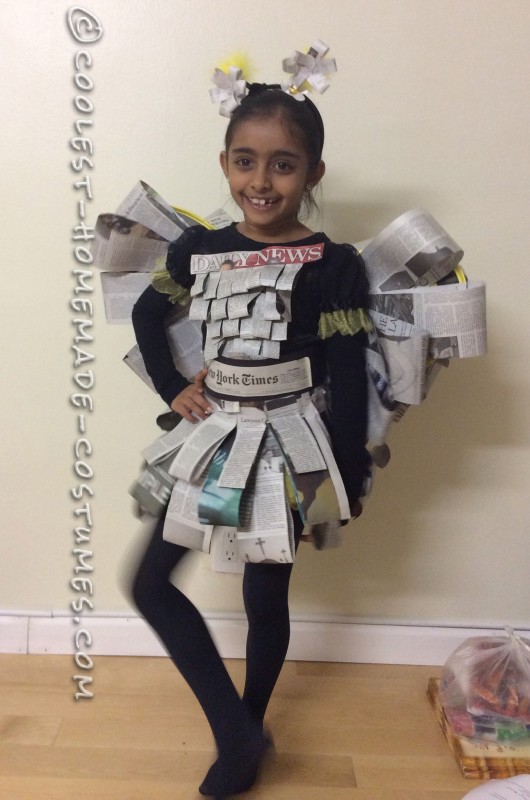 To create this unique, easy, inexpensive, most creative and last-minute Halloween, Newspaper Fairy costume you will need 1 newspaper and 1 pair of wings (which you can easily find in Party City, but since this was a last minute costume I didn’t want to waste time in going to Party City and buying wings,so we … Read more 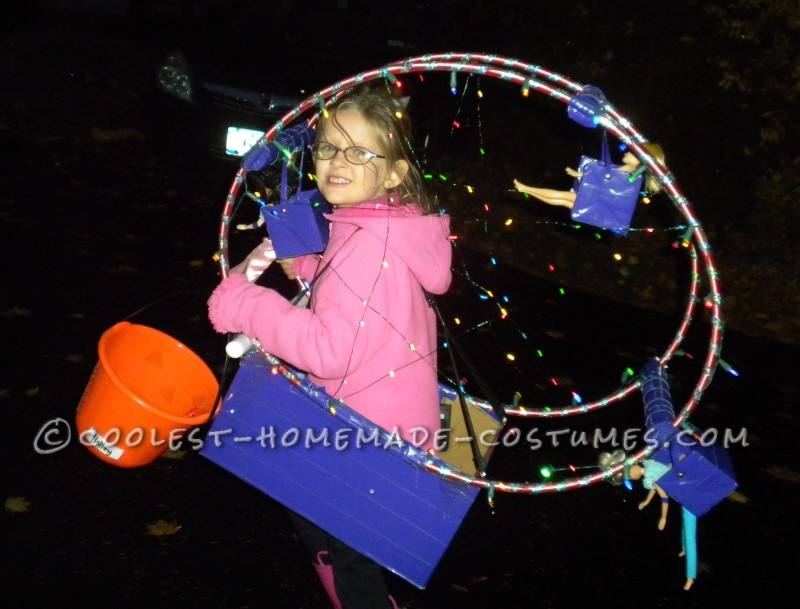 Every year I ask my daughter what she wants to be for Halloween. Well, this year she came up with a doozey! A Ferris Wheel! It  took about two days to assemble. Items needed: Duct Tape (we used purple) Two- hula hoops Medium sized box Lights with battery packs Barbie dolls Two tissue boxes Three … Read more 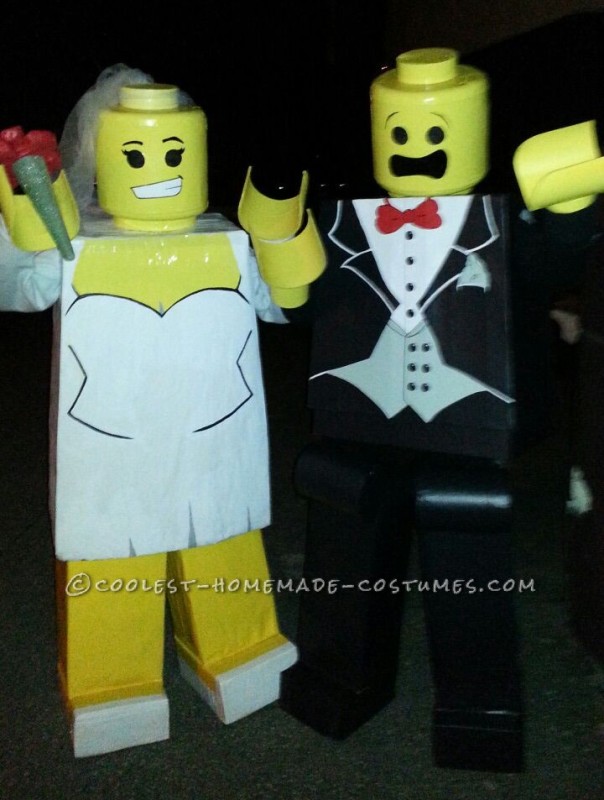 So we wanted a really cool, over the top, prize winning costume. We made lego people! Here’s the complete DIY instruction list: Cardboard Collection time We collected a lot of cardboard, we practically hoarded it. We weren’t sure how much we would need so we grabbed a ton. We ended up using two large boxes for the … Read more 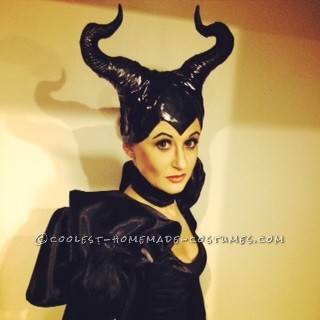 So on a long flight home after enjoying ten days of fun in the sun on my honeymoon I had the opportunity to watch Disney’s Maleficent starring Angelina Jolie. It was all the inspiration I needed for this years Halloween costume. I have always enjoyed Halloween and enjoy even more challenging myself to make the best, most realistic costume … Read more 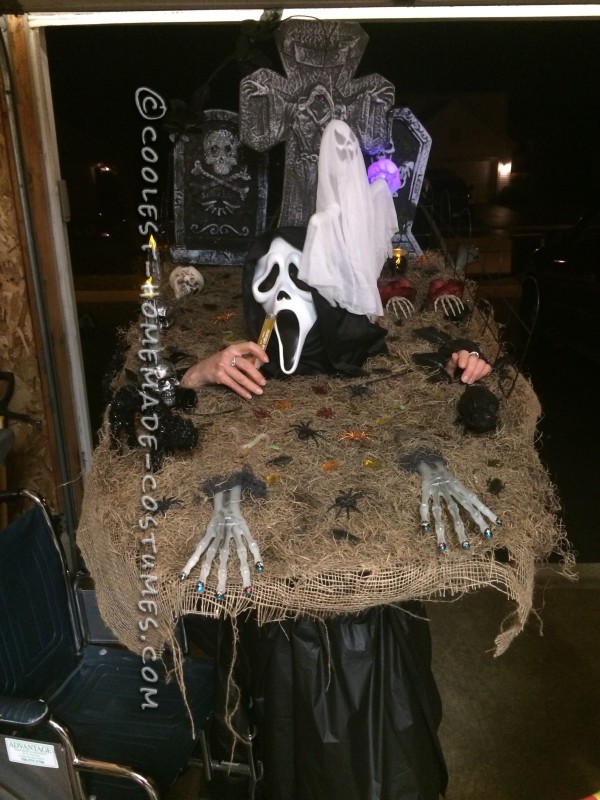 In August, I started looking into ideas for my Halloween costume. I came upon your site and I found my Halloween costume for this year. It was the walking cemetery that a man made. I am 5′ tall and 115 lbs. so I needed to make the costume fit and work for me. So off … Read more 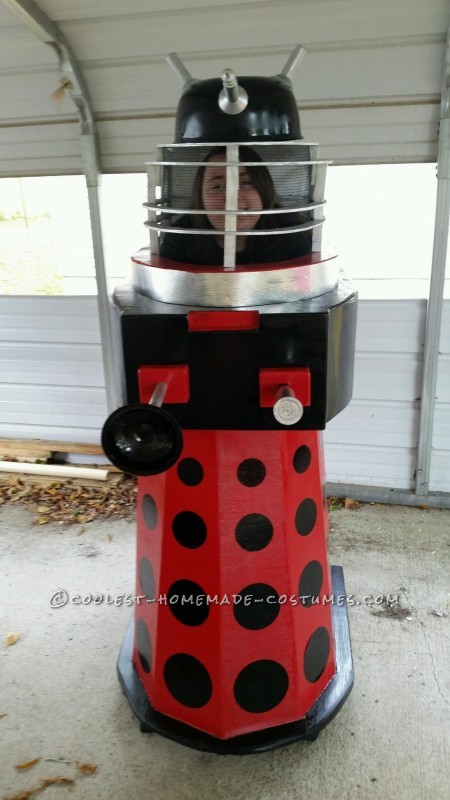 My nine year old son, Brodie Henry, decided he wanted to be a Dalek from Doctor Who for Halloween.  We worked with a family friend to build his costume from a drawing of a Dalek, with much direction from Brodie. Scrap wood is the main item used in building the costume. The only thing new … Read more 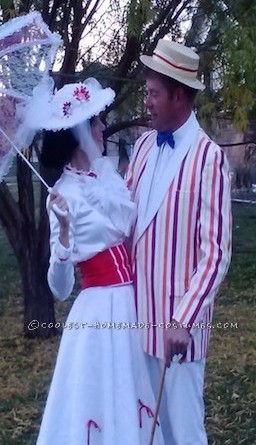 Making these Mary Poppins and Bert costumes was really fun! The skirt was made out of discount material and sheer curtain panels. The shirt was found at a second hand store.  It was then fitted and had ribbon and lace sewn onto it. The red corset was made out of some material I had on hand. … Read more 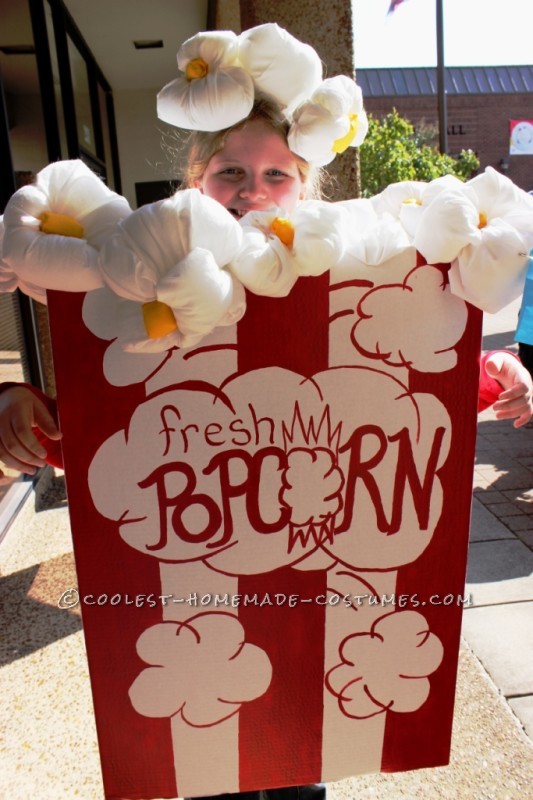 This popcorn box costume was homemade by my eleven year old daughter and myself. It was inspired by the walking refreshment characters that used to come on before a movie. I had some old-fashioned popcorn boxes left over from a party that I used as my template for the design on the box. To form the box, … Read more 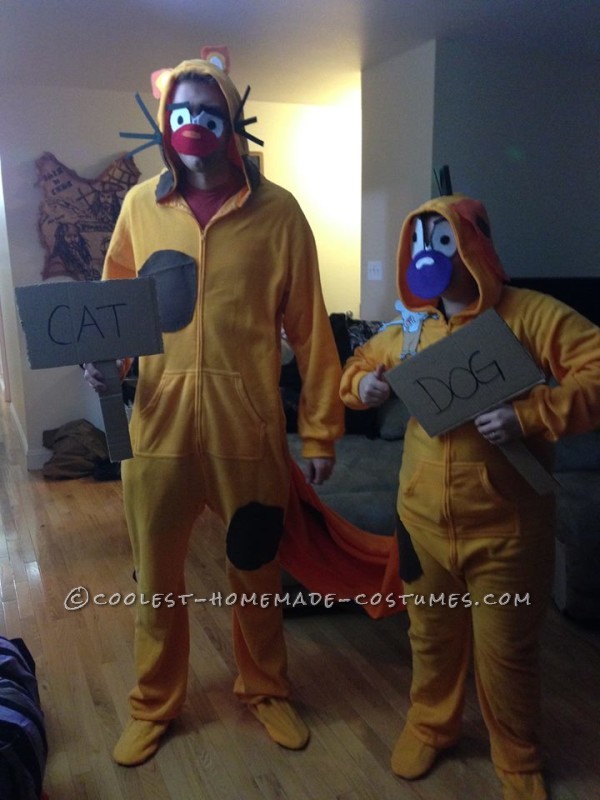 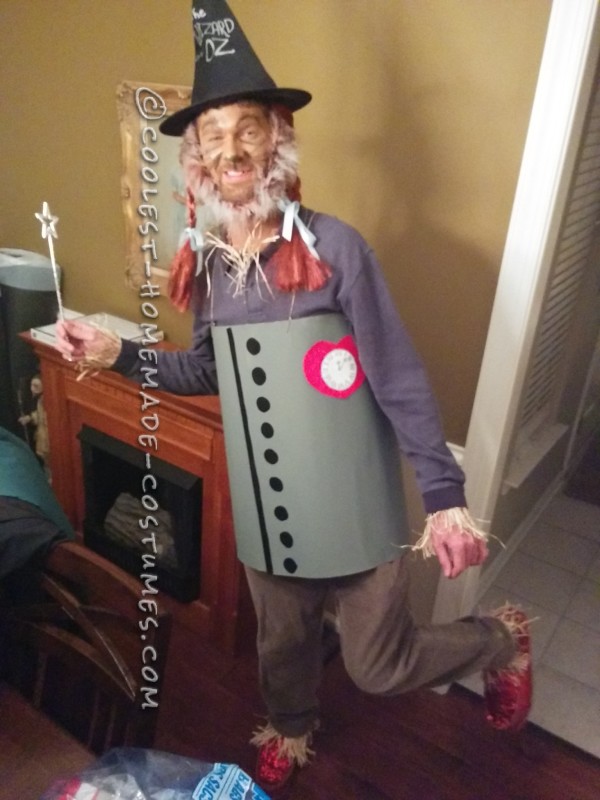 He’s off to see the wizard, the Wonderful Wizard of Oz! While following the yellow brick road, he passes by an evil wicked witch, a beautiful good witch, a cowardly lion, a scarecrow without a brain, a heartless tin man, and a girl with glittery shoes. And then it happens, another twister! They all get … Read more 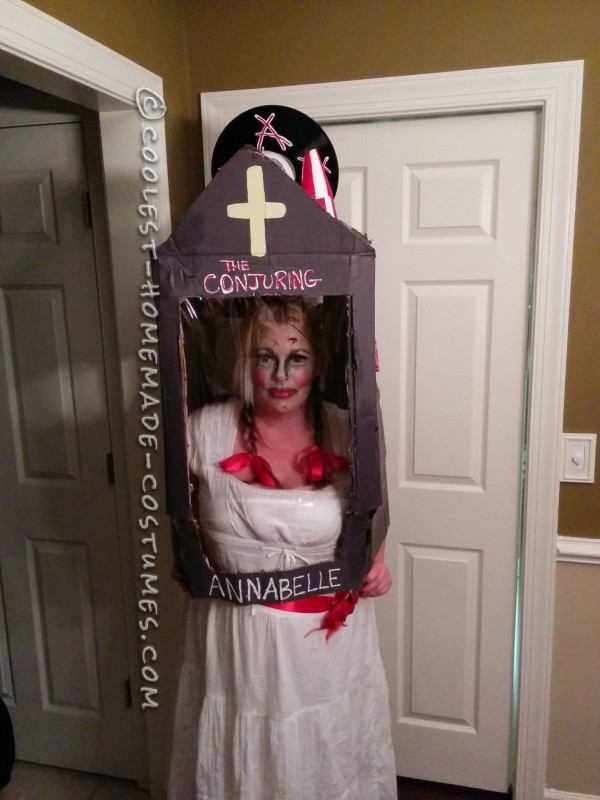 The scariest movie of recent times, The Conjuring, based on a true story, features a creepy doll, a sinister monkey, and a bone-chilling music box. Then comes the prequel- highlighting the demonic doll, Annabelle. She writes on walls, turns on the sewing machine and plays records. Annabelle is portrayed as a beautiful porcelain doll turned … Read more 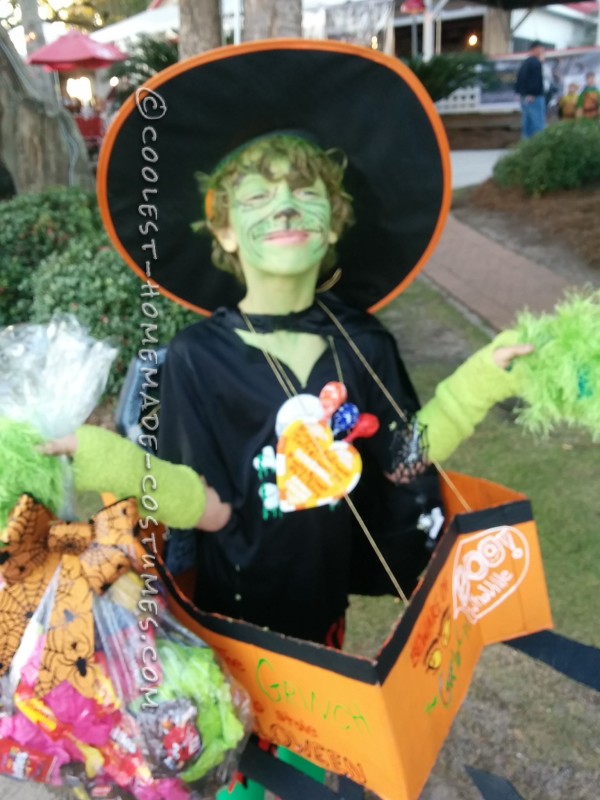 The Grinch Who Stole Halloween, by Erin Pegram. What a Grinchy trick! Just when you thought that the Grinch grew a heart, well, Christmas presents are one thing, but candy is a different story! The GRINCH’s heart was pounding the beat of a different tune, “Maybe Halloween isn’t all about the screams, maybe perhaps, it’s … Read more 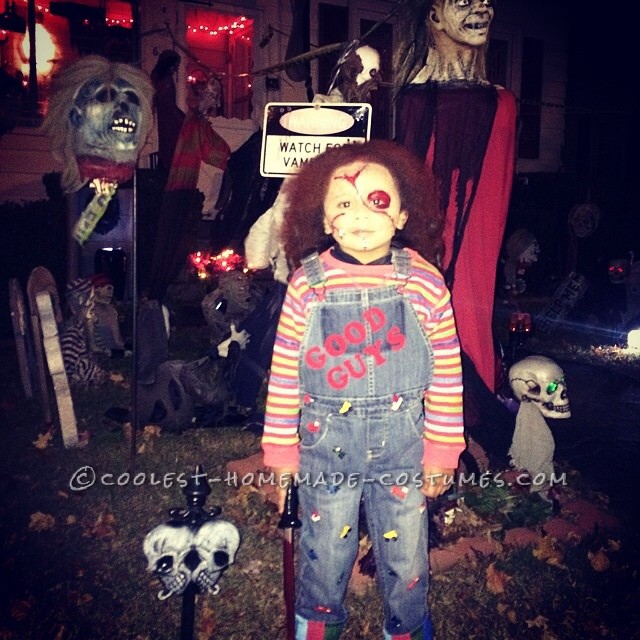 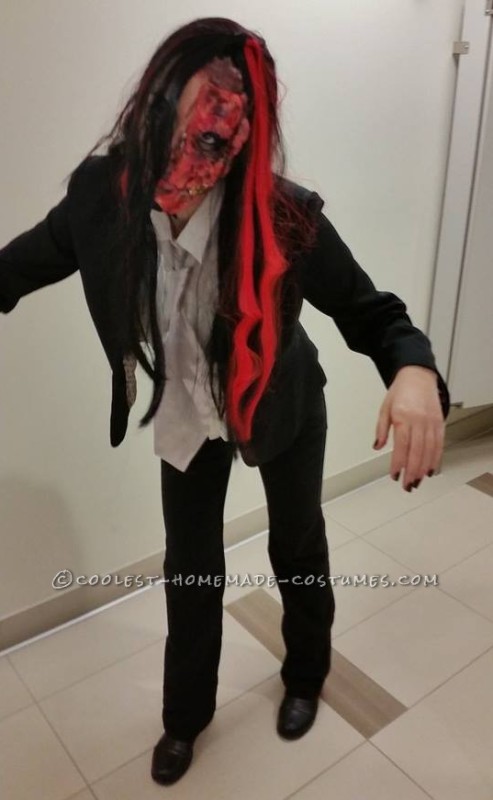 This Harvey Dent Two Face costume was obviously inspired by The Dark Knight. I kept the outfit pretty simple, just black pants, black blazer, white shirt and a tie. The makeup was time consuming. There’s two ways of doing this. You can apply the makeup straight to your face, straight to your bare skin, but I … Read more 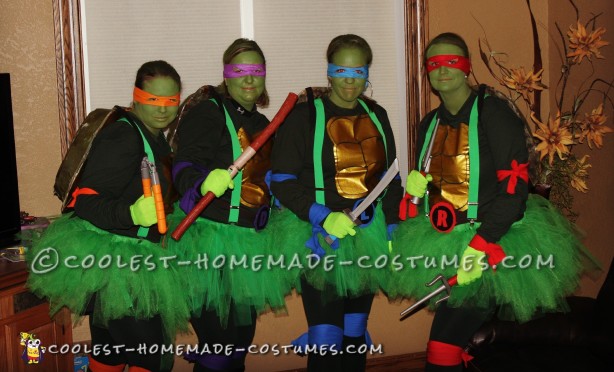 Steps to “Righteous” DIY Ninja Turtle Costume: Leonardo (Blue), Donatello (Purple), Raphael (Red), Michealangelo (Orange) 1.  Turtle Shell- We purchased turkey foil pans for $1.00 each and paper mached them to give them a turtle shell look then spray painted them using brown and green aerosol paints.  We drilled holes in the top and bottom and each side and … Read more 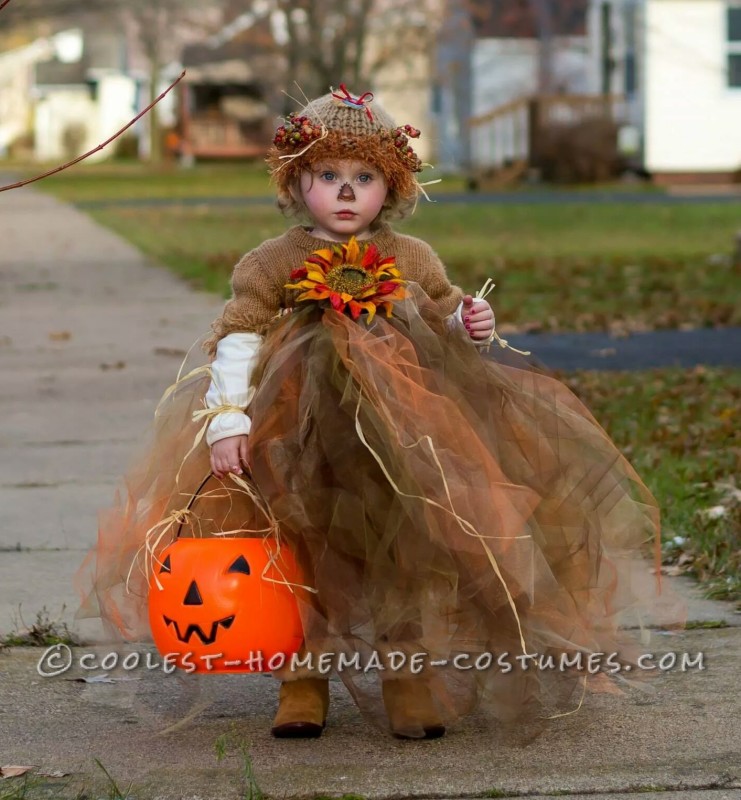 My husband and I went back and forth one night trying to decide on a Halloween costume for our two year old daughter. We wanted to make as much of it ourselves as we could. What did we come up with? The cutest scarecrow ever! Our daughter loves dressing up in her tutus, which gave … Read more 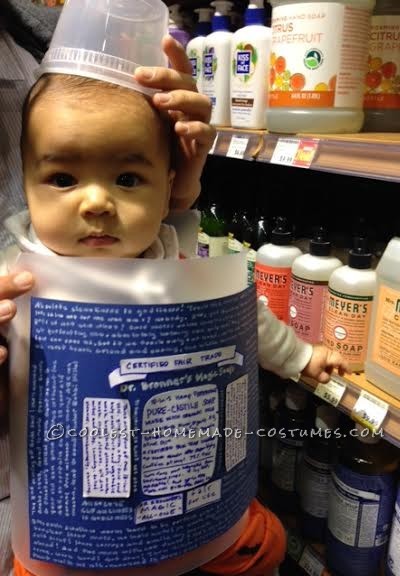 Each Halloween we try and think of a costume that is spooky in an everyday sort of way. In years past that has included everything from cockroaches to those Crocs shoes. We have always used Dr. Bronner’s soap at home, and have always laughed about how weird the bottle is, so we knew that it … Read more 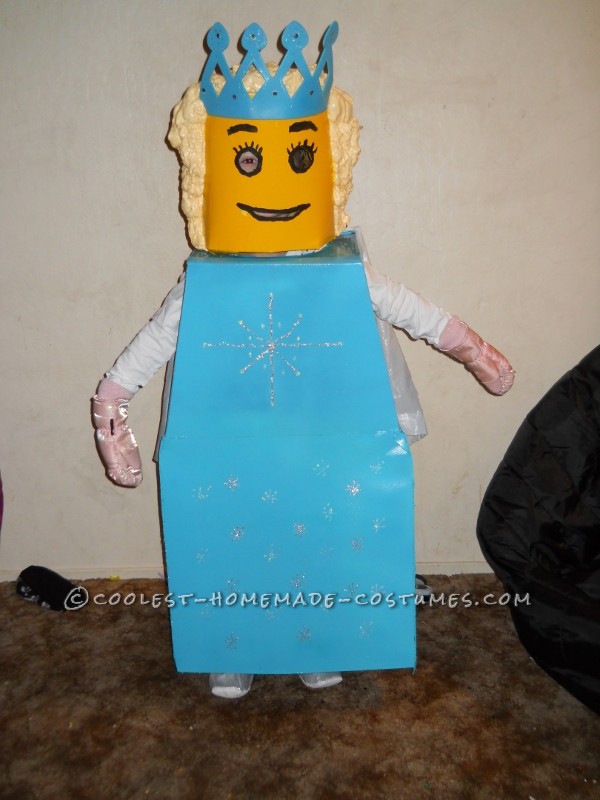 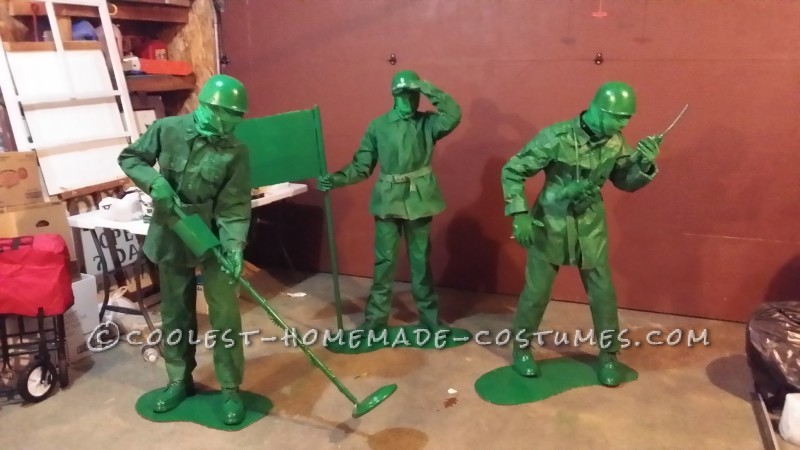 My wife saw this costume a couple years ago and we thought it was great.  We have triplet twelve year old boys and they like to dress in group costumes.  We gathered up old long sleeve shirts, cargo-type pants, belts and boots from around the house and local thrift stores.  We used a spray paint … Read more 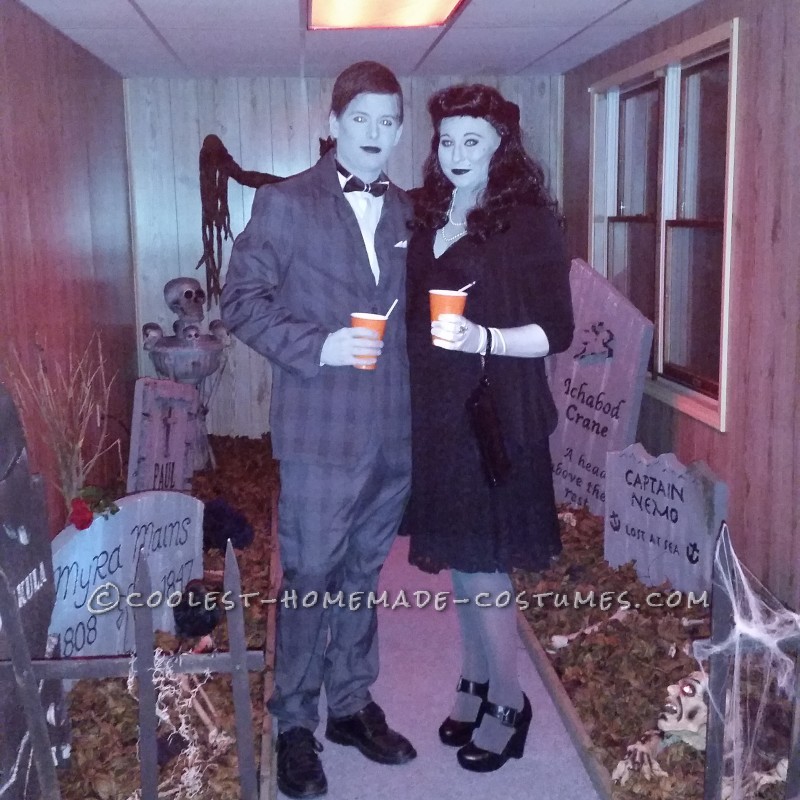 My boyfriend and I found this great costume idea to look like an old black and white film or picture. The costume was quite easy to put together. We bought cheap clothes that were either black or grey. I had sprayed his hair black and I bought an old looking black wig. The make up … Read more 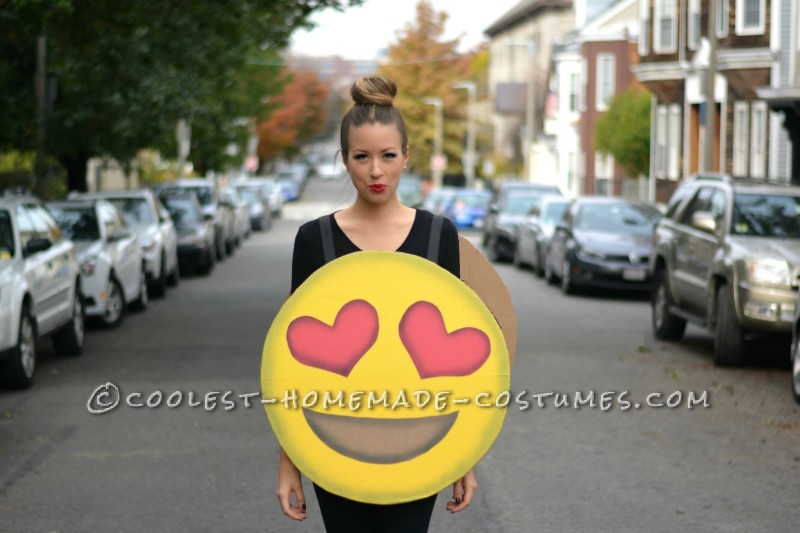 My dad, who is a retired artist, loves to go all out for Halloween and create one-of-a-kind Halloween costumes. I told him I wanted to be an emoji for Halloween (he still has no clue what an emoji is) and build me this heart eyes emoji costume out of cardboard and paper. He used an … Read more 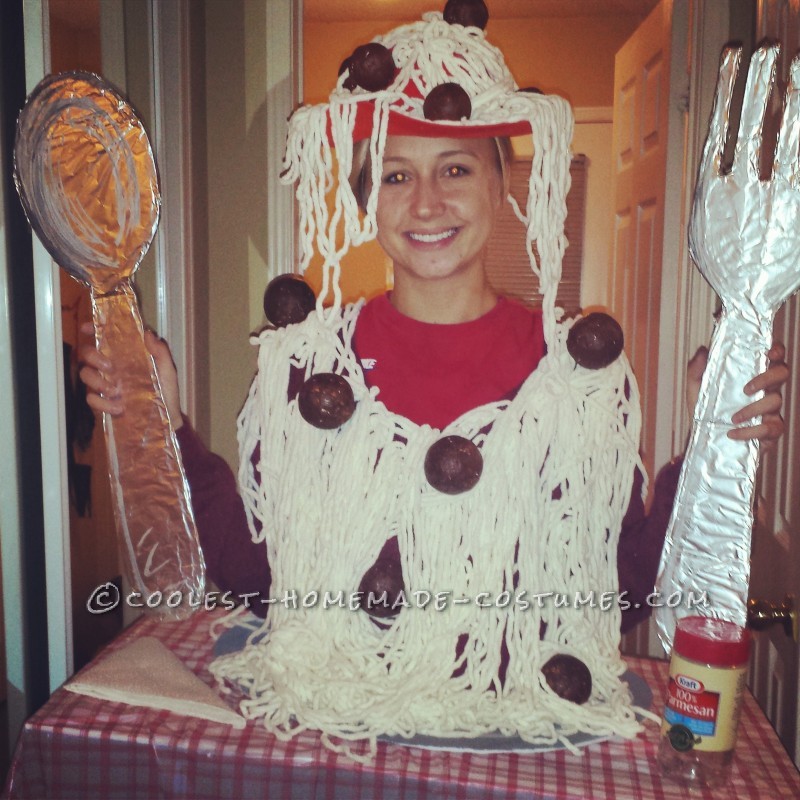 My mom has been a teacher for 31 years and each year she lets me create her costume. This year she is retiring and I had to make this one a good one. I used yarn, lots of hot glue (including getting a really bad burn on my knuckles; go big or go home!), Styrofoam … Read more