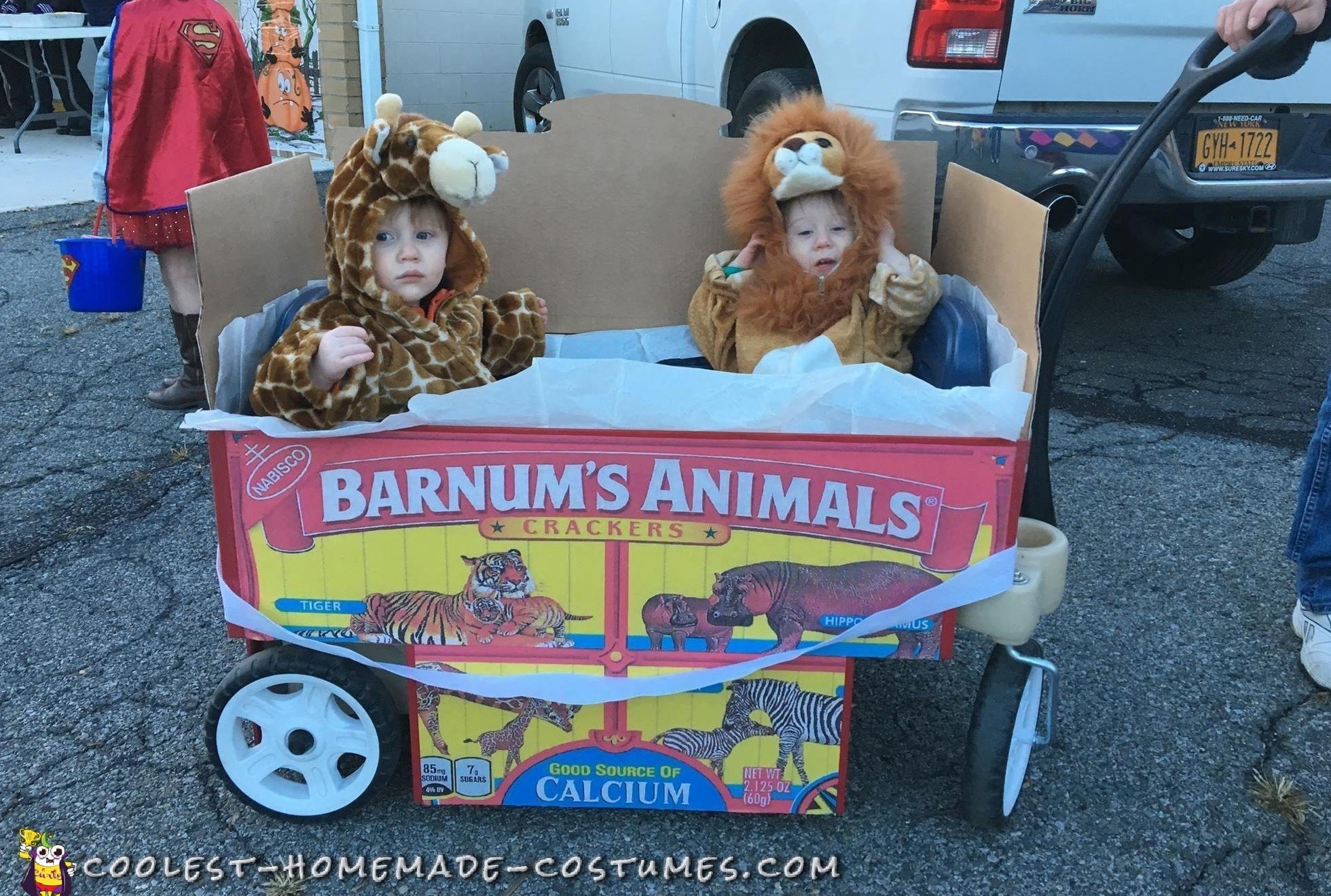 I wanted to make a costume for our 20 month old twin boys that would allow them to stay seated. We have 3 other kids and keeping track of 5 is difficult when trick or treating! After many hours of brainstorming, I decided to make them into a giant animal crackers costume box!

I happen to have a lion and giraffe costume, so Gabe was the Giraffe and Noah was the Lion. I purchased white foam core and created a template . Then, I cut out 4 sides that would fit around our wagon. It was difficult because the design needed to incorporate the pivoting wheels. I also purchased some cardboard to create 3 “flaps” – the sides and box top.

I covered all 7 panels with red paper. Then I flattened and scanned a real animal cracker box, blew it up on my mac and used the template to create the graphics. I had to manipulate a lot of the graphics so they wouldn’t be cut off by the template. For example, the net weight info and some of the animals were shifted around. I had the panels printed out large format at the local print shop, cut them out and glued them on the front and back panels and the cover.

The side panels were created with white paper, some hand drawing and colored circles. The ingredient list was recreated and the nutritional info was scanned and blown up. The box was assembled onto the wagon at four sides with tape and with velcro.

I wanted to make the flaps actually bend like a real box, so they were attached with a joint. Wax paper was gathered and taped to all sides to simulate the bag inside. A strip of white weaved fabric was attached to simulate the string.

The whole experience was great. Creating the template and assembling the box was problematic and time consuming, but I figured it all out. The whole costume from concept to completion took about 10 hours. Late nights and nap times were taken advantage of. Once we strapped in our little Lion and Giraffe, it all fell into place! It was adorable.

We won a contest in early October at a local amusement park. 4 tickets for next years admission! Everywhere we went people stopped us. Yesterday was Halloween and we were a smash hit! We couldn’t walk 10 feet without being stopped, admired and questioned about our animal crackers. Many people took photos. It was so much fun and worth every minute of frustration. 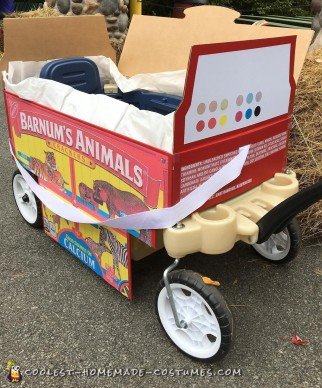 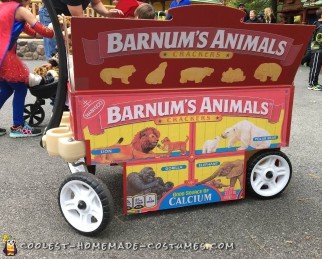 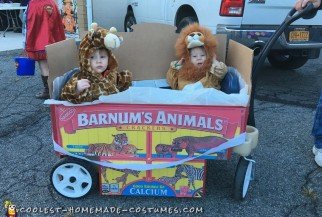