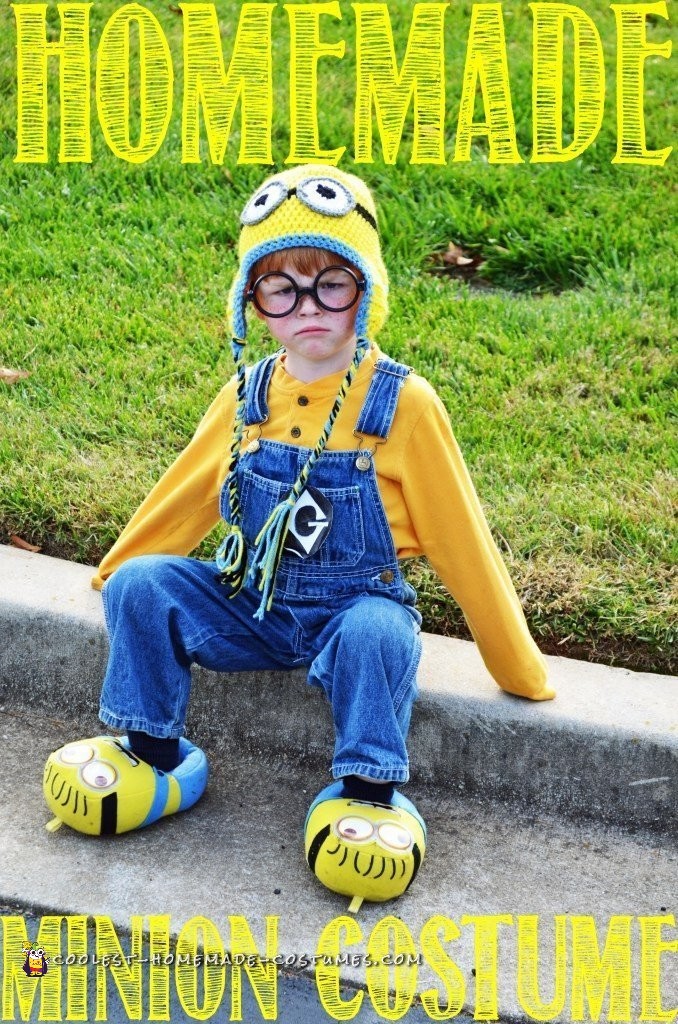 I never buy store-bought Halloween costumes. People call me crazy, but I enjoy making and designing them for my son and I LOVE to see him be original!

Because I design his costumes, I start designing at the end of July beginning of August – crazy right?

A few years ago I made a homemade Minion costume. Those little yellow creatures came into our lives watching Despicable Me 2 and we were hooked! We were addicted to the crazy Minion language & their silliness! For my son’s birthday that year we also through him an awesome Minion birthday party!

This costume was super easy. It was just a matter of finding the right stuff to pull it together.

The glasses were the first thing I bought. When the Halloween stuff came out at the Dollar Tree, I saw them and they were PERFECT! Couldn’t have been better. Until I found these Minion goggles. I wish I would have seen these that year! They’re super awesome!!

Hunter, my son, had overalls so I cut out the G shape like on the minion overalls and stapled it to the overalls, and I bought the minion slippers.

The crocheted hat was the center of the costume!! I had a friend who made these, but you can find them on Etsy.

That was all this homemade Minion costume consisted of. Pretty easy right? We had a lot of compliments at the Halloween events!! Many people said we should have entered him into a Halloween costume competition.

P. S – Make sure your little one has the attitude for the costume, like mine did… hehe. 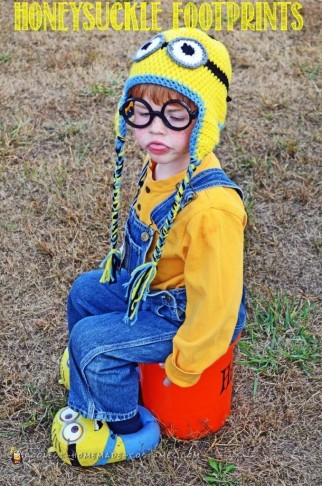 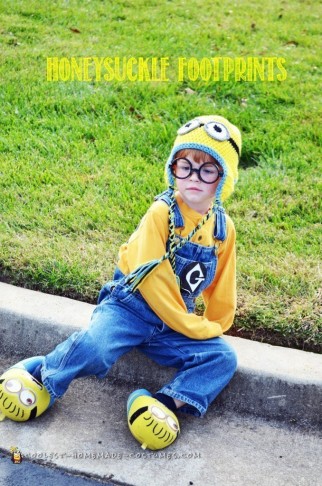