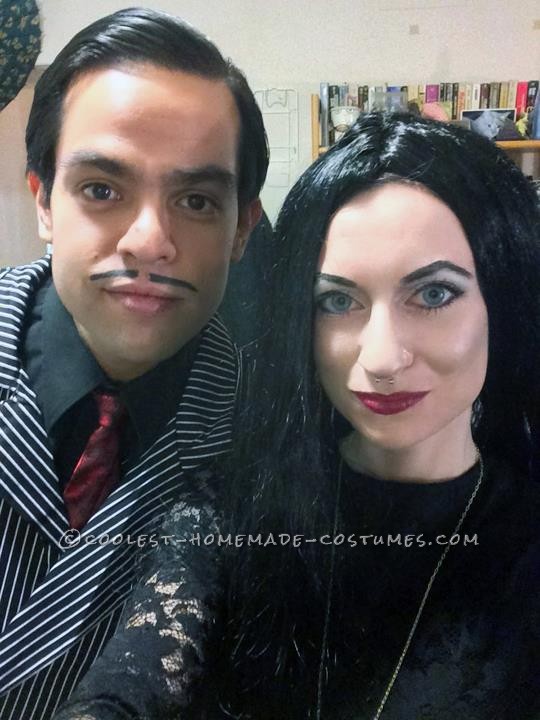 My boyfriend and I had plans to be Gomez and Morticia weeks prior to Halloween, but it wasn’t until the day of that it came to me that my pet iguana needed to be a part of our idea, and so we became the Addams Family.

Her outfit was completely handmade by me, and I plotted out my Wednesday design as I rushed home from work.

As you can see from the photo, my iguana was a great sport about wearing the costume. It was her expression though that made me realize that she was, in fact, the perfect Wednesday Addams. 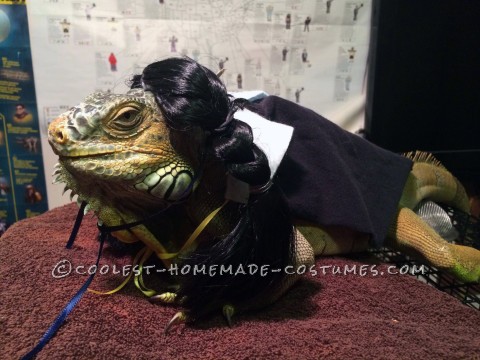