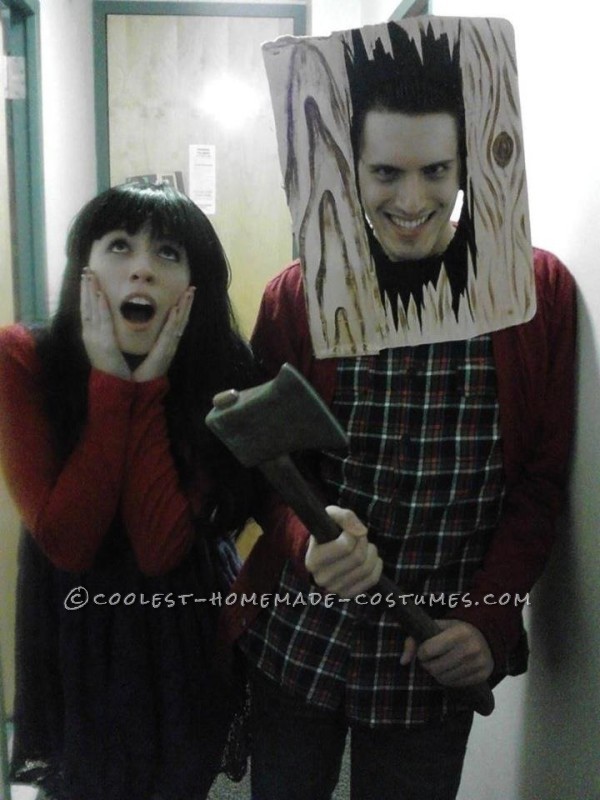 Last Halloween, my girlfriend Emily and I decided to pay homage to the wonderful and talented director Stanley Kubrick, by dressing up as Danny and Wendy Torrance from the Shining. I’ve always considered that film to be Kubrick’s magnum opus (and *gasp* possibly even better than the book), and a quintessential representation of the horror genre. But admittedly, the film is pretty old, and the costumes were extremely minimalist (I wore a deep red plaid flannel, brighter red cardigan and jeans with black shoes. Em wore a red long-sleeve shirt underneath a purple dress, with black tights and a black wig.) Without any props, we just looked like a couple of college hipsters. I bought a plastic axe from Party City, but it still felt like something was missing.

So to make my costume more recognizable, Emily painted and cut a head-sized hole into an old cereal box to look like the splintered doorway from one of the film’s most iconic scenes. You know. “HEEEEEEEERE’S JOHNNY!!”  With our costumes complete and my head firmly in place, we were ready to hit the town.

Here are but a few of the guesses that we heard from confused Halloweeners:
-Lumberjack
-Tree
-Offspring of a lumberjack and a tree
-Fireplace

Seriously. Someone thought I was channeling my inner sequoia on the Day of the Dead. Although we were somewhat disappointed at the number of people who “understood” our costume, it made randomly encountering people who did all the more worthwhile. To us, the process of coming up with a unique costume that reflected our love for cult films was the best part. Maybe next year we can dress up as Ents from Lord of the Rings and people will think we’re Jack and Wendy. 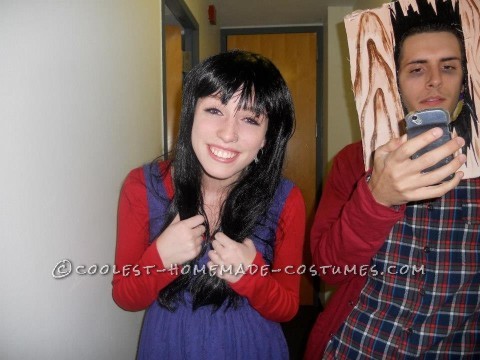 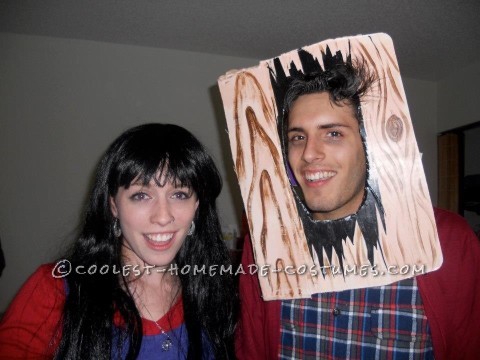 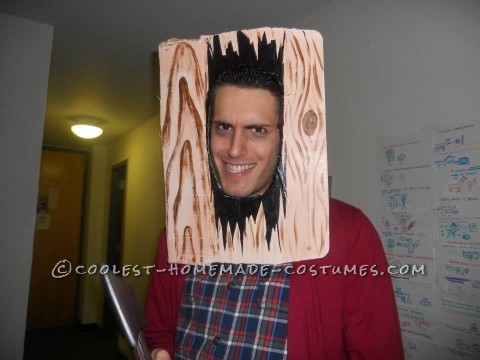